ML7 arrives in the garage

I have finally landed myself an ML7, it is without a doubt looking worse for wear. However all may not be as bad as they appear. 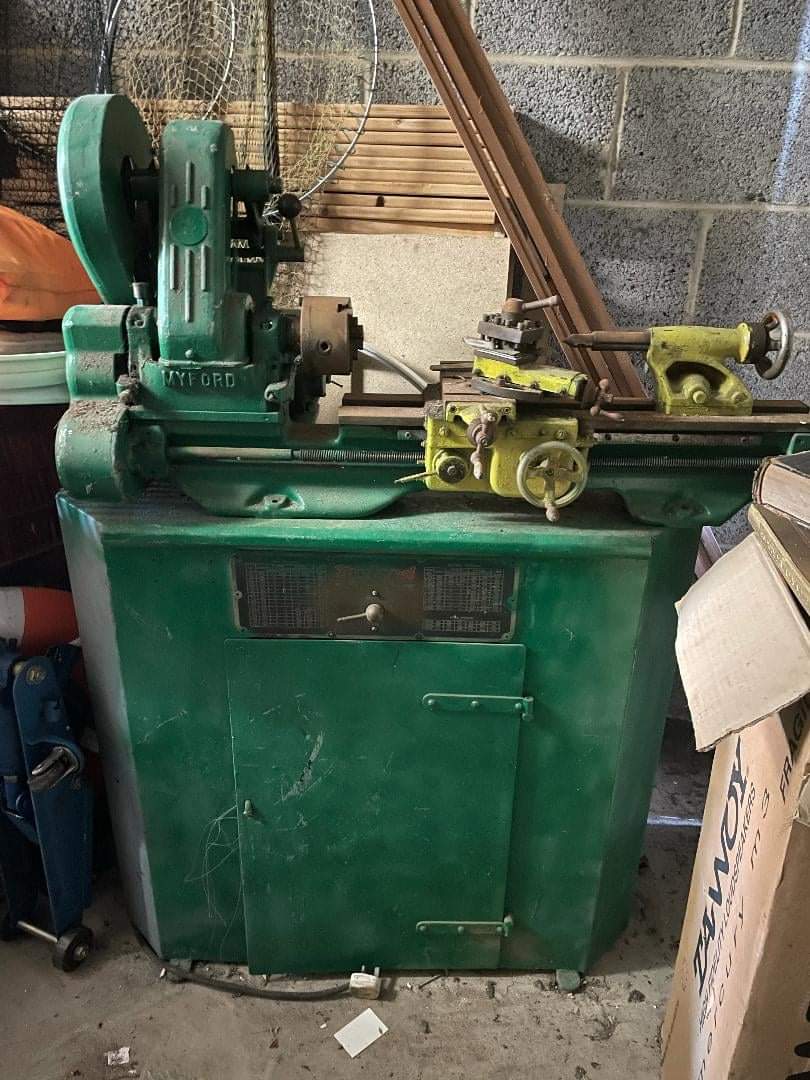 After taking the heavy stuff off I managed to wedge it all into the car despite the broken back seat that won't fold down. Everything including a galvanised bathtub, didn't have room for the kitchen sink sadly haha. But the missus likes her new planter she's going to paint up.

Once id manage between me and my good lady to man (and woman) handle it into the garage. I was told id have to leave it for another day. Parent duties called.....

With the kids tucked up i sneaked off for a look over the lathe, and after re-reading Bazmak's thread on his restorations, and watching Geoffrey Croker on YouTube strip and refurbish his lathe, I set about assessing what needed to be done.

The bed had a light coat of rust on it, it was given to a guy in Blyth after the workshop was closing, it was destined to be scrapped if he didn't take it. From there it sat in his garage uncovered and unloved for 20years. Then January last year, when I was looking for one he said on a Facebook group that he may be selling his. Well, I didn't hear nothing more until a fortnight ago. When he posted it for sale, i asked the price and instantly told him i'd have it.

The bed as the above pictures had a light coating of rust. I sprayed with WD40 and ran an oil stone over the bed, that had previously been cleaned up on wet and dry and more WD40. Nothing more than to remove the worst of the rust to prevent it damaging the underside of the saddle. After that I got the micrometer out and began measuring the front sheer, to my surprise there is only 0.0015" difference between the highest and the lowest measurement. Which although is not conclusive to any wear is a pretty good starting point.

So why do people think that lathes need grease.....this has contributed to wearing in the apron and leadscrew oilite bushes, I'm hopeful that with a degrease the headstock whitemetal bearings will be ok. The oilite bushes will need pressing out and replacing.

There appears to be an absence of shims in the headstock bearings, something ill have to look at with feeler gauges on reassembly. I did find two of the peelable shims inserted under the rear plate of the saddle. Along with a brass shim of the one on the front.

Thats all for now, I have brought home some water based degreaser from work so will wipe the worst of the grease off everything then set about cleaning it throughly before going much further.

Regards
Jon
You must log in or register to reply here.