For a very ( very, very) long time I have been considering the build of a Demoiselle model RC plane. The original was built at the beginning of the 20th century by the Brazilian aircraft pioneer Alberto Santos Dumont. A replica was constructed for the film "Those Magnificent Men In Their Flying Machines. It was powered by a Volkswagen four cylinder boxer engine. The original version seems to be flown both by two and four cylinder opposed twin engines. 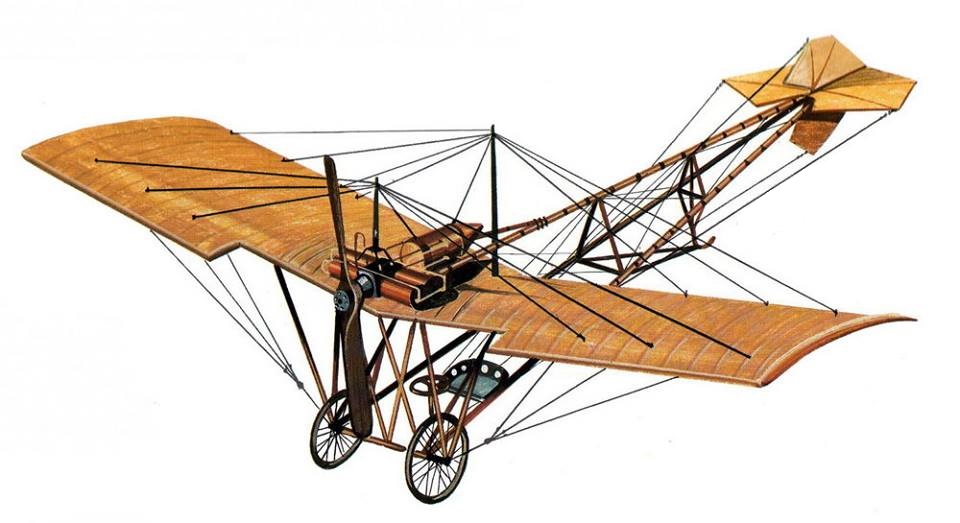 Following this , I made a design for a two-cylinder boxer engine . I already have a home-built boxer twin ( see avatar) but the main goal was to make a running engine (which it eventually did , 40 years after the first chips..) but it was't meant to "deliver" . To begin with, I started looking what gears I had laying around because they are ridiculously expensive to buy and difficult to make. I found some gears with a reduction of 1:2 and a center distance of 18 mm . Initial bore and stroke dimensions are 18 mm x 20 mm.

The general idea of the engine looks like this: 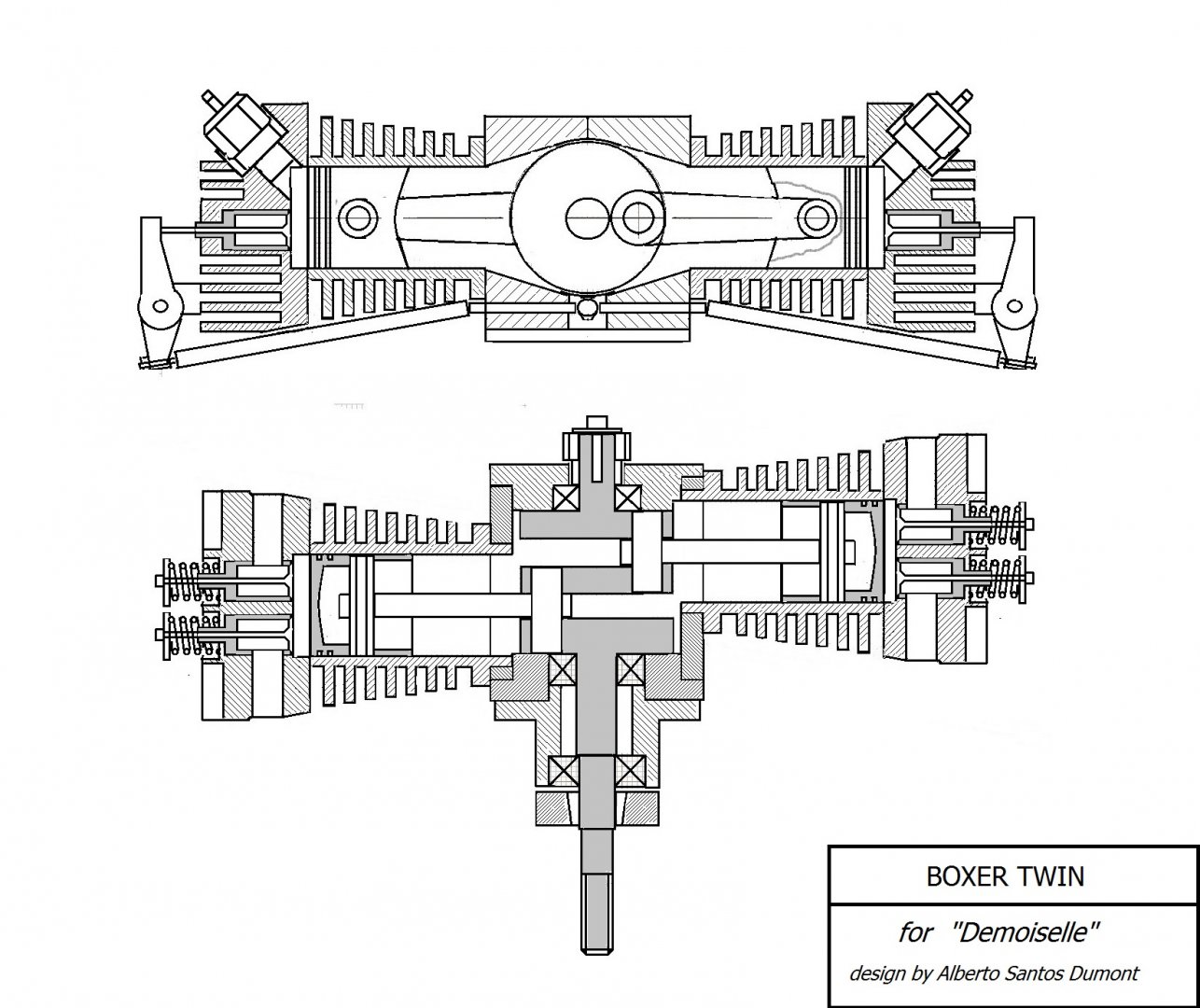 Crankshaft will be the build-up-type with toolbit crankpins, silver soldered together. Bearing covers on both sides for crankshaft and camshaft bearings

Here are a few pre-machined parts. 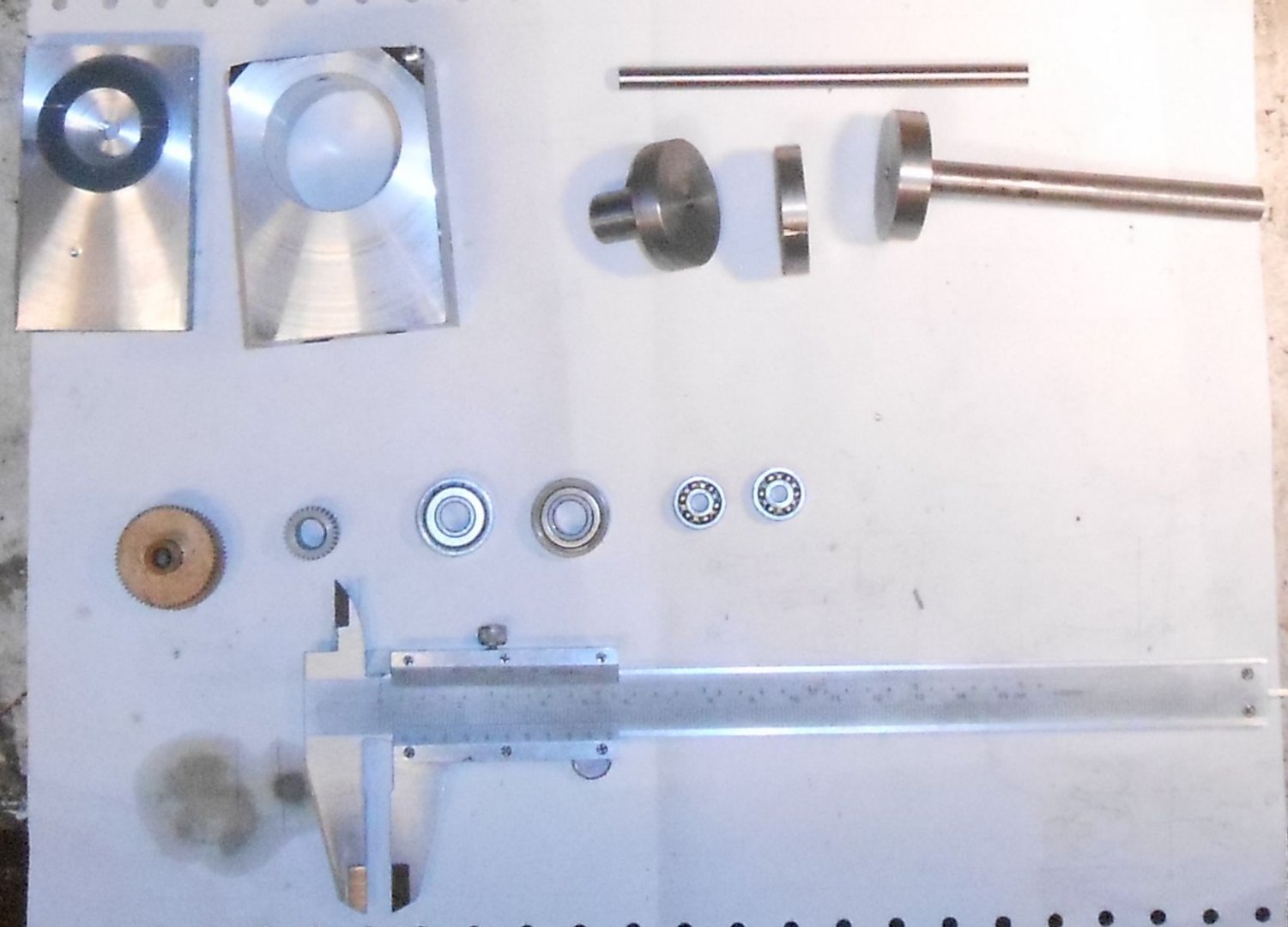 Nice start!
Looking forward to the rest of the build!

I made a test rig to check the mesh of the gears . I have two narrow bronze gears an one wide steel gear. The bronze gears will be bolted together on a flange to fit on the camshaft. The steel gear will be keyed to the
crankshaft. 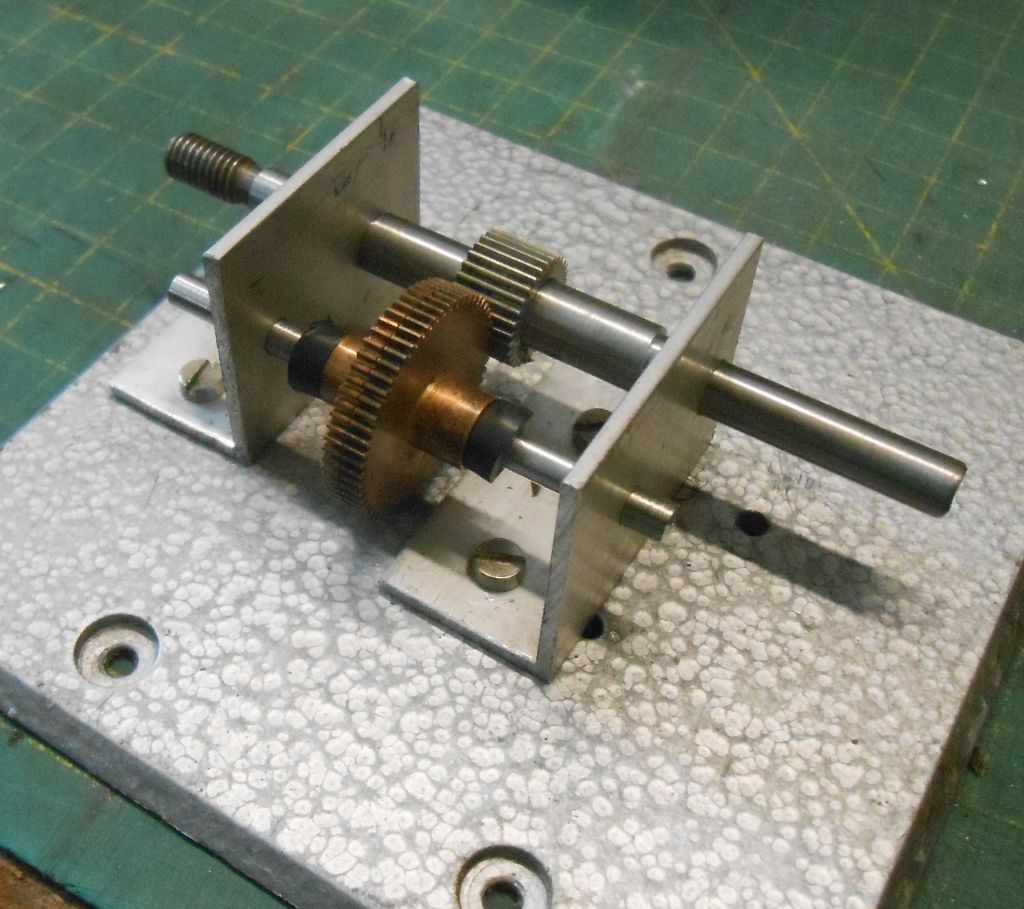 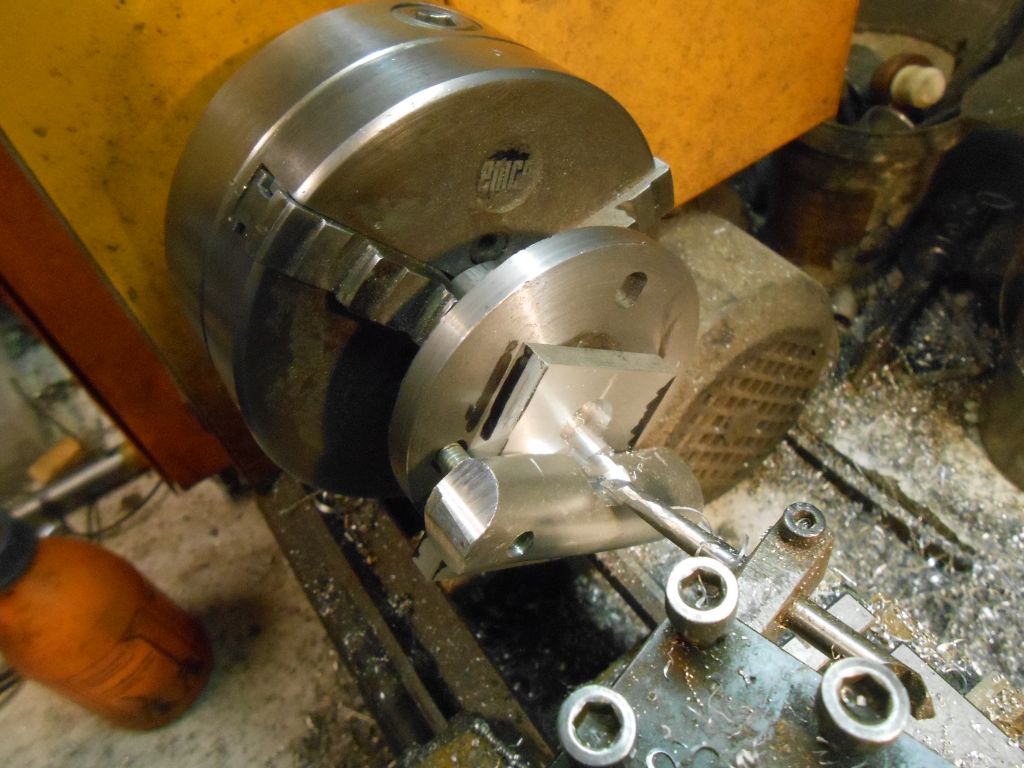 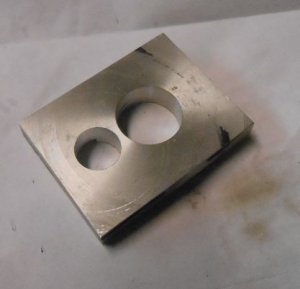