The Cardiff Model Engineer Society during a year have several Bring & Buy Sales. The rules are simple anything slightly inclined towards model engineering can be offered for sale and a small donation is made to the society. The only rule rigidly adhered to is that if not sold the items are taken away. At the end of one sale among the items not sold was a rusty Huntley and Palmer biscuit box that was fully of very rusty metal and dirt; among which was a Heinz jar supposedly containing 6 BA steel screws. Having run out of 6 BA screws on a job, and not yet ordered any, the biscuit tin and its contents were purchase for a nominal sum.
The screws were indeed 6 BA and were used until the arrival of new ones. As to the other contents of the tin; as well as rusty bolts, worn out tools, swarf, dirt and bits of newspaper there was treasure! There was a complete set of cast iron inside cylinder castings for a 3.1/2” gauge locomotive, a number of small flywheel castings and what is going to be played with; a twin cylinder double acting oscillating engine, a lot of which was missing.
It will be a bit of a challenged deciding what the missing parts might have looked like, and indeed what sort of engine it was supposed to be. Any suggestions on construction and what type of engine will be helpful. It is intended to work on the parts of the engine between other jobs as a sort of a fill in, this will give a bit of thinking time regarding the construction and appearance of the new parts. First it has been decided to work through the original parts cleaning them up and doing any repairs that might be needed.
The first part of what will be probably a protracted build is cleaning up and repairing the crank shaft.
It is quite an interesting crankshaft, a bit like those used on a winch engine, it has heavy brass disc cranks with a 32mm (1.1/4”) stroke acting as flywheels along with a pair of aluminium pulleys on the shaft, for flat belts? Between these pulleys the is a single bronze eccentric, for a water pump?
The construction of the crankshaft is also a bit different; the disc cranks being riveted to short lengths of axle; these axles slide into the pulley/eccentric assembly, each being secured in place by a set screw.
The crank pins were driven out of their crank discs using a punch and stake, the crank pins were different to each other one of them being smaller in diameter and having a brass sleeve.
The parts of the crankshaft had their paint removed and were cleaned up and when assembled again with temporary set screws it was found that the cranks were set at about 80 degrees to one another!
The reason for the angular error might be that original set screw holes in the pulley/eccentric assemble aren’t inline. It was decided to drill new set screw holes at 90 degrees to the originals. The original holes were threaded either 1/8” Whitworth or 5 BA, both screw types fitting loosely, the new set screws are M3.
At end of play with the crankshaft, the disc cranks had been painted and new crank pins fitted. The pulley/eccentric assembly had new set screws and the cranks are set at 90 degrees. 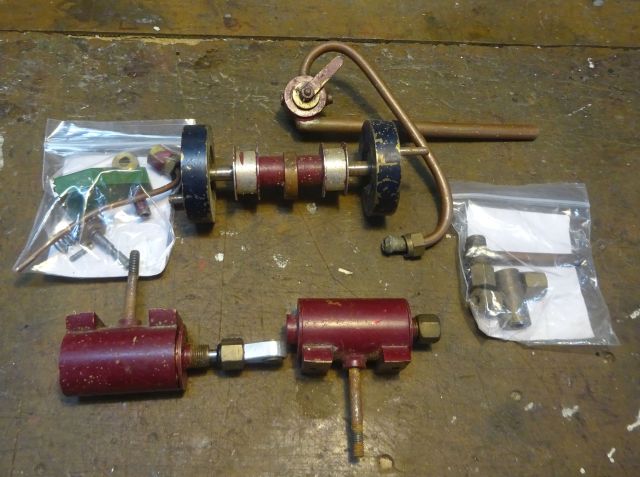 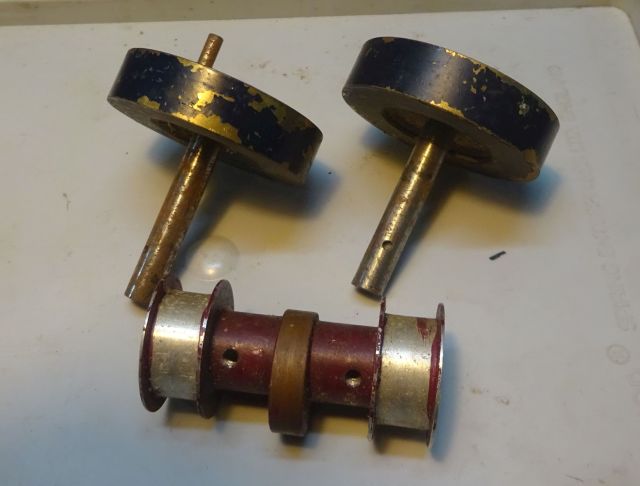 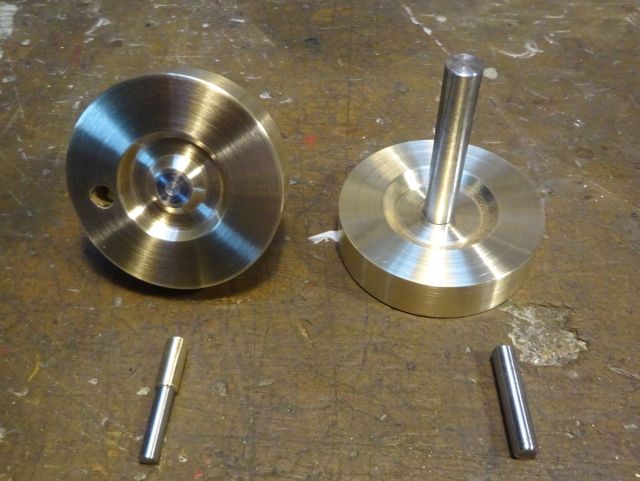 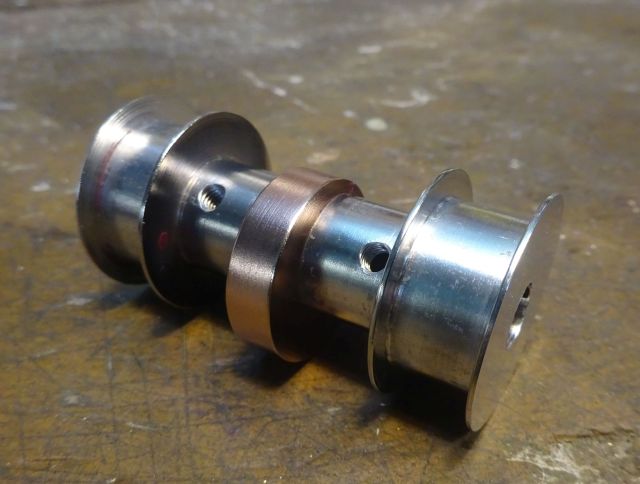 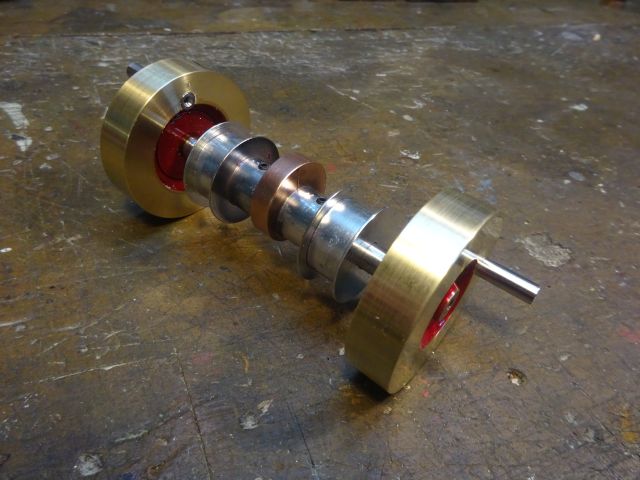 That is the first part of what might be considered a restoration/rebuild of a steam engine. A week is to be spent in Wild West Wales and the pencil case and paper will be taken to try out some ‘What if’ ideas.

Take care. Tony.
You must log in or register to reply here.