Stirling's my game! Do you have plans?
C

I would love to build one. looks great.
Can you share plans?
D

Julian Wood (Sterling Stirling) designed a hot air engine helicopter - non-flying. He does not have a web site and I don't have an email address, but can give you his phone number if you would like it.

There may well be other designs out there, but I believe his was the earliest design. My book dates from 2009, but there have been a couple of updates to it since then.

LOL that maybe my winters engine project. I have started to model it up in cad last spring and worked on it a little here and there this summer. I usually pick an engine to build over winter and do a video log of it. I have 2 engines right now that I'm thinking of and like I said this is one of them still haven't made up my mind as to which one.
C

Will be my winterproject. Winter is comming soon this year I think..

As a matter of fact I already made a few parts of this helicopter.
F

I built the same one as Huib. From memory the drawings are German and metric
I altered the hot cap for a better seal and made the body a bit longer for better cooling
Also used ball bearing instead of bushes
They are good fun
The drawing are on this site

Helicopter | The Art and Craftsmanship of Zeamon

I found this helicopter while browsing YouTube for Stirling Engines. Not only is it a beautiful helicopter but it is powered by a stirling engine. No, it doesn’t fly, but the rotors spin as though it’s ready for takeoff when you light up the alcohol lamp. After a month of ...

I made one in the past together with my pupils, that was about six years ago.
When I retired I was allow to take one of my projects home with me as gift. Except the helicopter. The school's manager said it was way to beautiful to give away.
Thinking back, I still regret it. That's one of the reasons I want to build that helicopter again. I think it's a thing of beauty..!

In those days I had two versions. The one my 14/15 year old pupils made was all sheetmetal and was driven by a very small electromotor. 850rpm. I redrew that helicopter completely. It had a more or less Apache 'look'. I even added hellfires and rocketlaunchers. I also printed one of these Apaches.
The second one these same pupils(16/17 years old then) made the 'real thing' the next schoolyear.... a real Stirling engine..!
Had lots of fun making these things. The largest Stirling engine I ever made with my pupils was a two cylinder walking beam(own design). It ran at a whopping 4 km/hour (walking speed).

Anyway.... a few images.
For some reason I cannot find more pictures of the Stirling version right now. I have tons of pictures, I'll keep looking... 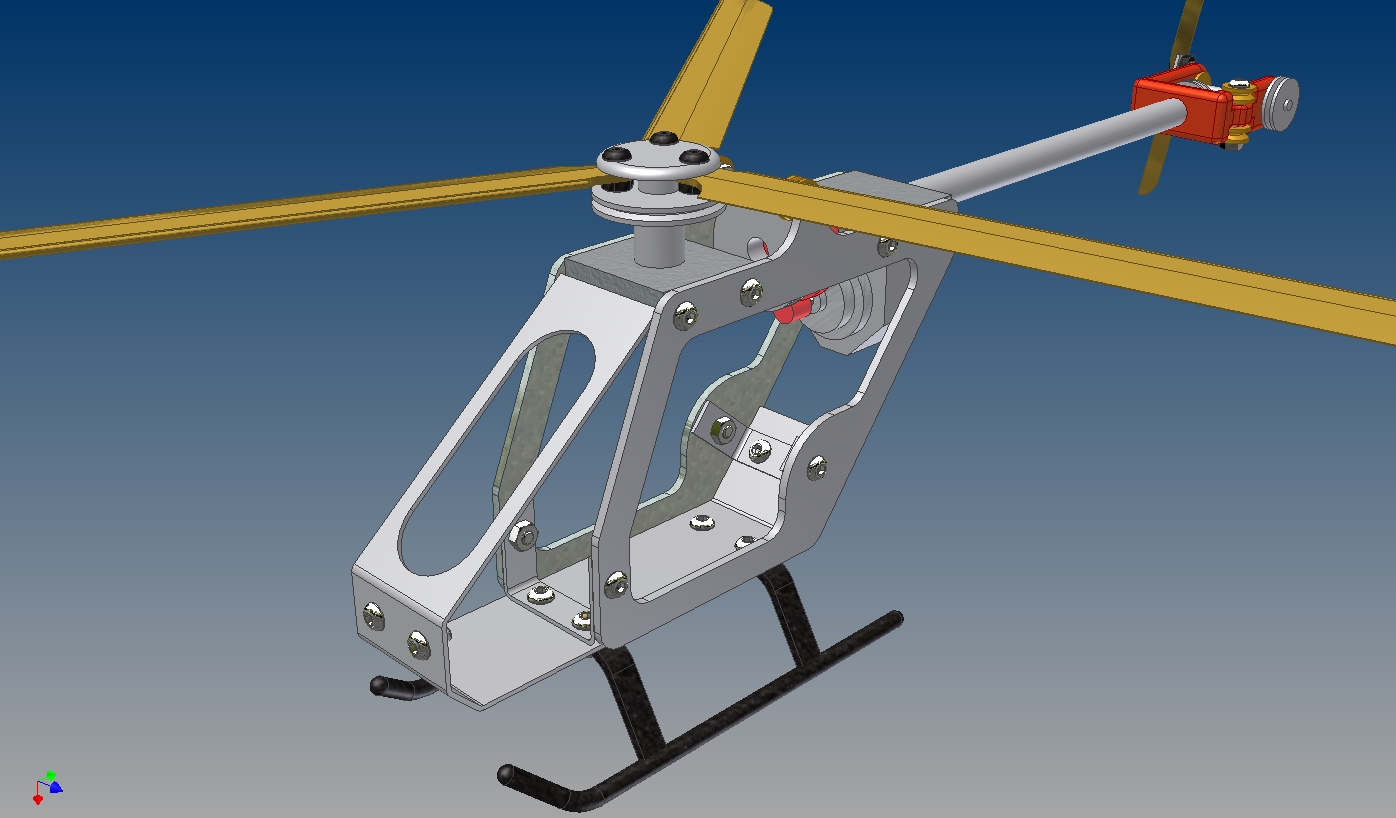 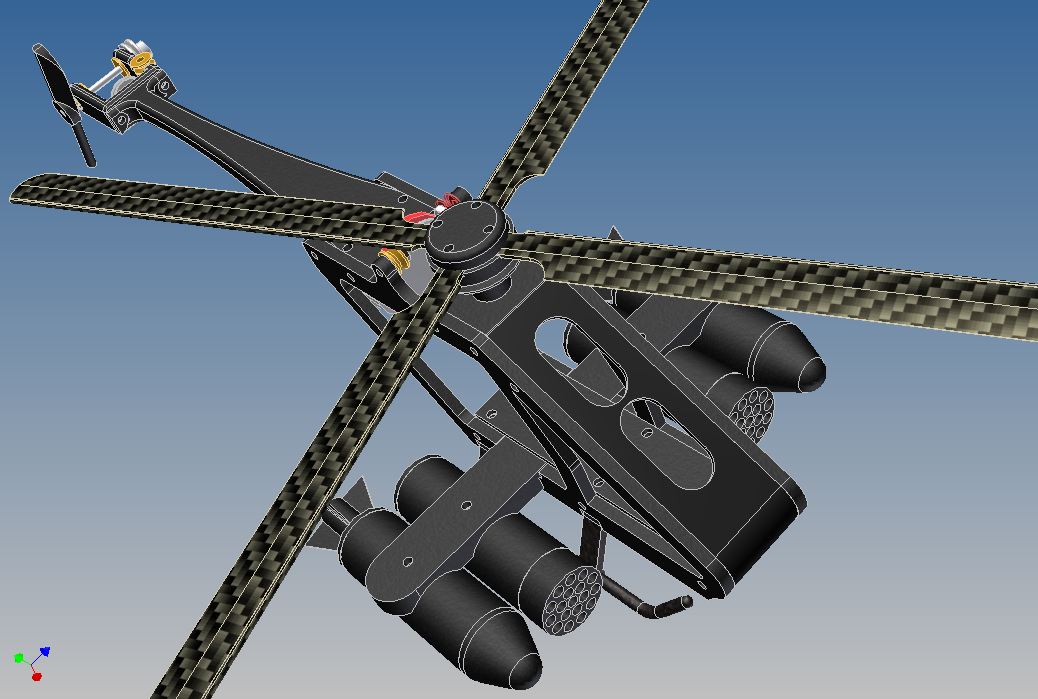 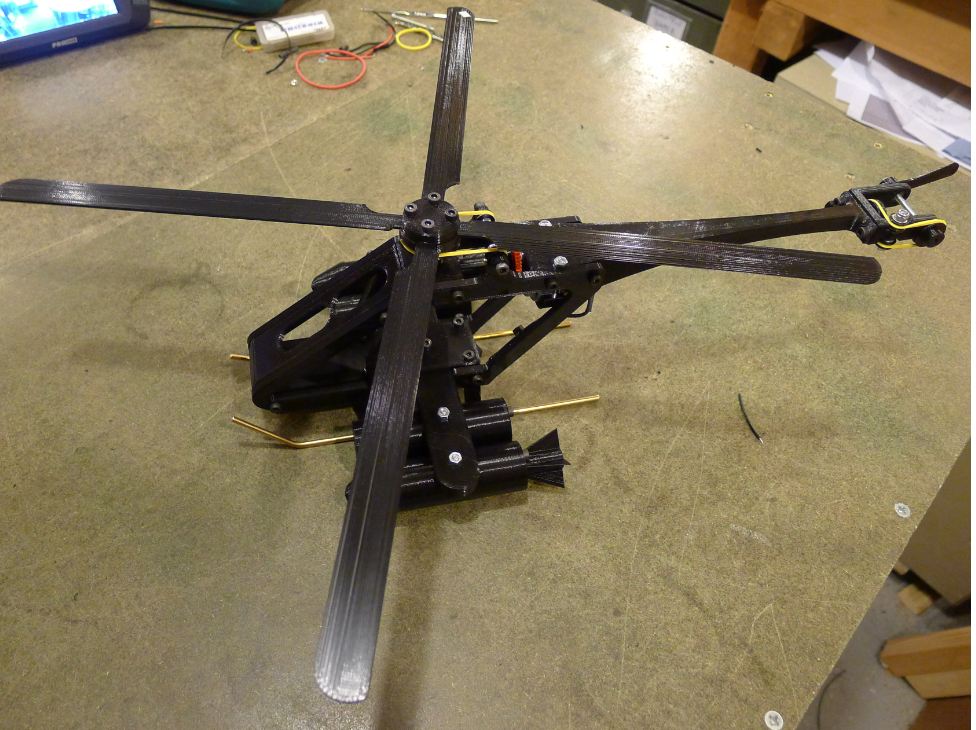 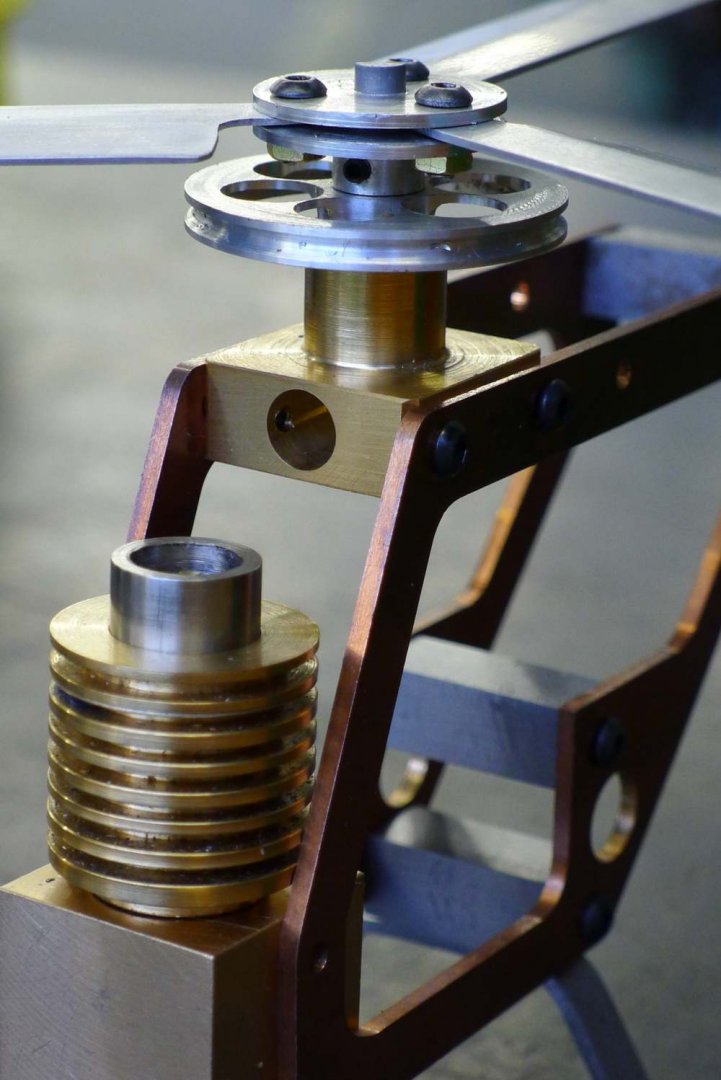 And a two cylinder Stirling engine I made with my pupils.

That's one disadvantage of a Stirling engine. For a engine to be powerful enough to drive a vehicle you need a rather large and heavy engine. There are enough working versions in the world.
Stirling engines can be found in satellites also in submarines, even as small powergenerators(Philips)....and so on...
A well balanced system can drive a small model loc. like my own 2-cylinder, see higher up ---> nearly 1kg heavy..!

So, Chriske Are you making these plans available to anyone?
Or are you wanting to do a Team Build, just in the UK?

Love to build one if the plans are available... but I would probably build it in metric.

I've just downloaded the plans, and added this project to my to-do list. It's getting suprisingly long now!!

Where did you find the plans?

They are offered on this site.

Helicopter | The Art and Craftsmanship of Zeamon

I found this helicopter while browsing YouTube for Stirling Engines. Not only is it a beautiful helicopter but it is powered by a stirling engine. No, it doesn’t fly, but the rotors spin as though it’s ready for takeoff when you light up the alcohol lamp. After a month of ...

I guess I just needed to read it again, imbedded in the text.
Thank you
C

If this project is going alive, I already have a few parts ready.
K

I for one would be interested in building this engine, but I am rather new to this hobby, so I am still learning.
I have drawn the parts in 3D, and next week I will print the parts on my 3d printer; I am still a little confused about where some parts go together, so I hope to get a better understanding!
In my workshop I have a lathe (Compact 8) and a little mill, and I have made my first engine.