Hello from between Los Angeles and Disneyland...

Yikes. Now that I’m here, what do I say?
I used to be a pretty darn good paper & pencil and Mylar & tech-pen (old school) draftsman. Then I learned Autocad v1.2 and did the CAD thing for about 2 years but it sucked all the FUN out of drafting so I jumped ship and went into computers. 286’s, 386’s, 486’s, 486’s with “Math Chips” WOW! Then single-core Pentiums, and on and on ad nauseum. Drafting, and building PC’s and small Arcnet networks, and a part-time job at Radio Shack paid for college and ate up all my spare time. I went to Cal State Long Beach (Go Dirtbags!) originally to get an Engineering degree. Engineering didn’t agree with me, too much writing, not enough building things. So I moved over to the Industrial Arts department where calculus-challenged people go to become shop teachers. I loved it! Metalworking, machine tools, welding, plastics and composites, woodworking (Woodworking? Did I say that out loud? Apologies. Erase-erase...) and other stuff. Graphic arts with weird cameras that were so big they were actually rooms with spinny light-proof doors and we would mount our art outside the room, then go inside into the dim red lighting with our box of 11”x17” sheets of film and make giant hi-res negatives to make plates to run printing presses make prints, but I digress. I had an affinity for all things industrial, did very well, got good grades, made neat stuff. Could have been a shop teacher but never used the degree a day in my life. When I finally graduated teachers were underpaid and underappreciated so I jumped back into computers, Lan/Wan, Fiber Optics, VoIP, Document Imaging, Optical Disc Jukeboxes, etc.
< Insert long story here about marriage, wife, three kids, years of enormous financial burden, lay-off after lay-off, ZERO disposable income, bought good tools slowly, sold them quickly when money was needed, eventually had a really good job, really good salary, travelled the world doing technology presentations, had a wheelbarrow full of stock options, working for a “dot-com” about to go public, oh joyous day, and then the dot-com bubble burst in 2000... >
And then one day, all three kids are grown up. One even graduated from UC Irvine (Go Anteaters!) in Genetic Biology. He wanted to grow an actual dragon. Good luck with that son but hey, let me know when the IPO happens, I’m in. And then I found myself retired. And surprise-surprise my wife and I even have a little something of a nest egg after years on the financial roller-coaster. I don’t have to live in a cardboard box, or a van “down by the river”!
One day 3 or 4 years ago I bought a never-used pre-owned Horrible Fate (Harbor Freight) lathe off Craigslist. Hadn’t even begun to set it up when a model airplane buddy and ex shop teacher (he said I made the right decision to NOT become a teacher) who was exiting the state of California GIFTED me a Grizzly G4000 Lathe and a boat-load of tooling / accessories. SWEET! I am truly glad he ran out of room in his trailer. Then I kept my eye on the online sources and bought a Grizzly Micro-Mill, and I went out and bought a boat-load of tiny tooling / accessories.
I build and fly Control Line model airplanes. You hold a handle in one hand that has two thin steel cables 60-feet long that attach to and control the up-down of the plane, so it flies in circles or if you choose to maneuver or do “stunts” the airplane flies on a hemispherical path. If you wander into the forbidden lower hemisphere the plane is obliterated because the lower hemisphere is occupied by a planet. Our planet. These airplanes since the 1930’s/1940’s have been powered by tiny engines running on gasoline, and later methanol, even laced with Nitromethane. A fellow by the name of Leroy Cox designed a tiny engine, 0.049 cubic inches or 0.8cc. He built his own machinery and manufactured and mass-produced millions of tiny engines with pistons and cylinders with tolerances in the millionths of inches. That bug bit me when I was 10 years old and metalworking classes in college only made it worse. While I often haven’t had the time or space to build the airplanes I have always collected model airplane engines. Two stroke, four-stroke, glow plug ignition, spark ignition, compression ignition (diesel). I have a couple hundred which sounds like a lot, but it’s not. A few are never-run, a few more are lightly run, the majority are in need of repair or modification, and when they only cost $5, $10, $20 at the local model airplane club swap meet, I’ll buy those all day long and with a minimum of effort triple my outlay.
So I have made some simple no longer obtainable parts and sold them, repaired a few engines and sold them, converted a few RC engines to Control Line and sold them, etc. But what I really want to do is build some from scratch. I want to learn to make gears, and learn heat-treating and grinding so I can make an actual functional crankshaft. I want to make steam engines, and man-jewelry (other engines) out of aluminum, brass, bronze and steel. I WANT TO MAKE CHIPS!!!
Wow it’s late.
I hope I made some sense.
Thank you for allowing me to join your online community.
I hope to learn enough to contribute back. 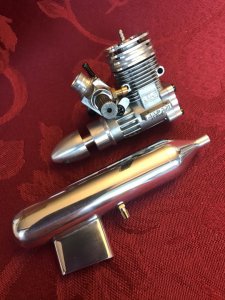 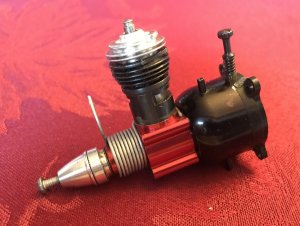 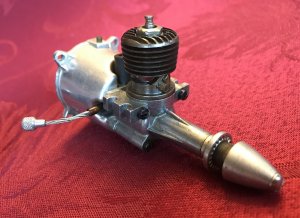 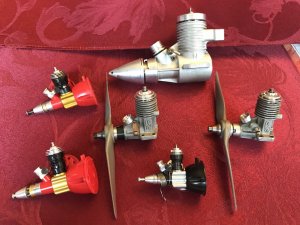 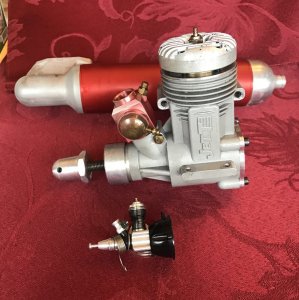