Half scale ME Beam

Just to keep life interesting, and being easily distracted, lol, work has started on another project. Between Pete and myself we've been hatching plans to build a miniature beam engine, or as it's nicknamed, the Watchmakers Beam Engine.

We've got the ME Beam plans, and I've been modelling them in SW (hopefully correcting all the known and otherwise errors in the process), and then scaling them from 1:12 down to 1:24. This gives a bedplate length of around 7".

We're aiming to try some alternative finishes here, such as gun bluing, and also add as much detail as possible. Anyway, here's the roughed bedplates, machined from gauge plate, which can now sit and sette for a while and let any stresses come out before final machining.

Oh, and being gluttons for punishment they're going to be twin beams ;D 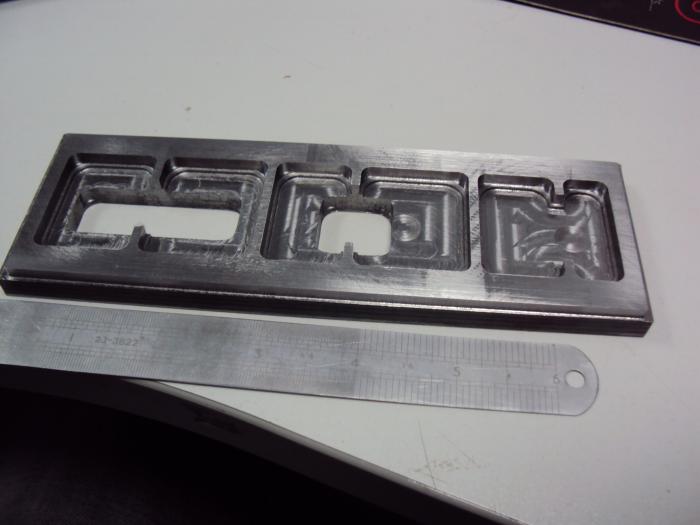 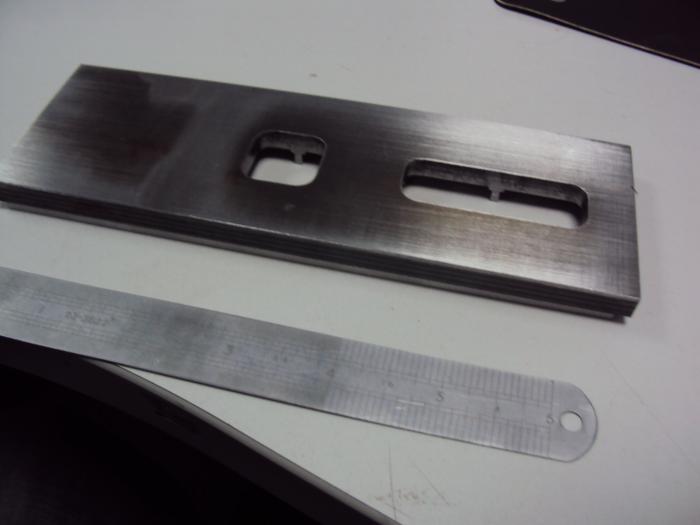 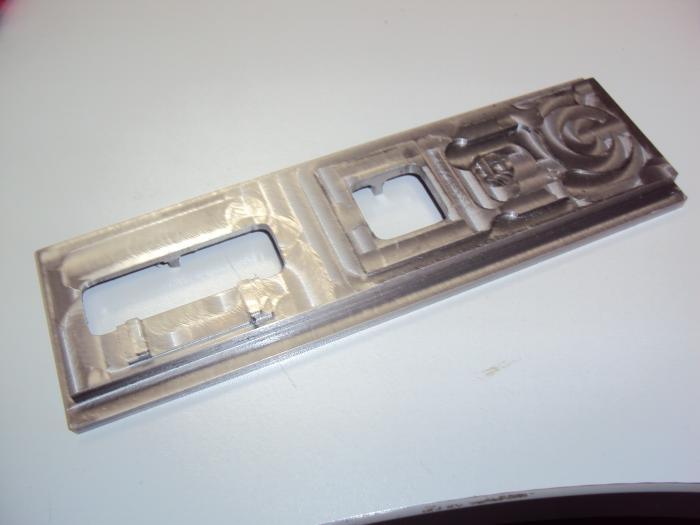 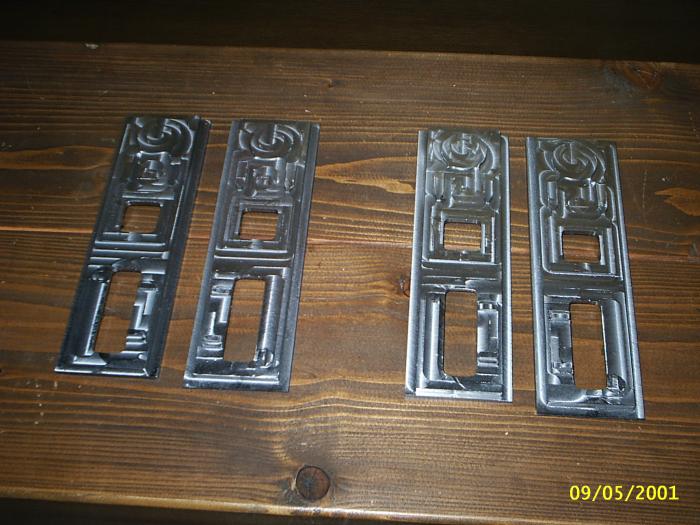 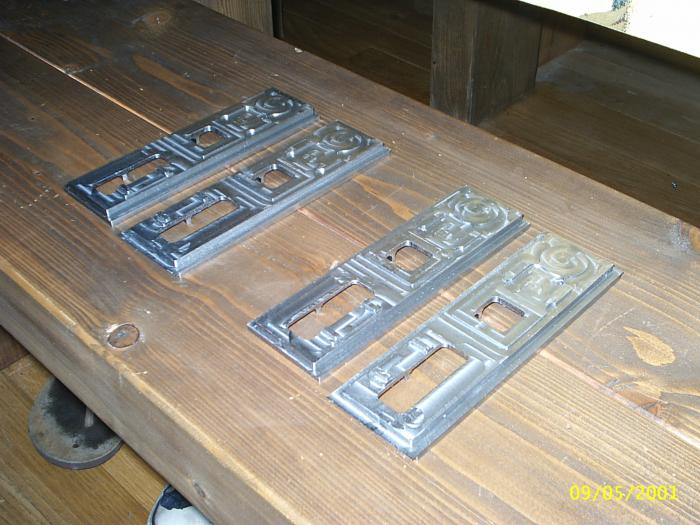 Dave's been extremely kind enough to offer to CNC carve out the more complicated parts for this engine that would take a very long time to set up and do with only manual machines that I have such as the bedplates, flywheel, beams, and entablatures. That should give us a set of bar stock 'castings' for this engine.

And the scale was decided on because I jokingly made a mention of building a beam engine that would fit in your palm. One of those bedplates will just barely fit that definition. Be careful what you think your only joking about. ;D

But I also think it might have been one of George Britnell's scratch built versions of a Beam Engine that was also done to around this size some years ago that started the whole idea rolling. So I guess I could blame him too.;D

But this just might be the very first time someone has run all the dimensions for the M.E. Beam through a commercial quality CAD like Dave's Solidworks program, so it's going to be real interesting to see what it picks up.

It'll be a nice change to build an engine that doesn't inspire hernia thoughts too, lol.

Well after a longer rest than I planned, the bedplates are now back on the mill with finishing cuts underway - more pics soon ;D
G

pete said:
But this just might be the very first time someone has run all the dimensions for the M.E. Beam through a commercial quality CAD like Dave's Solidworks program, so it's going to be real interesting to see what it picks up. - Pete
Click to expand...

What a marvelous project. It will be VERY interesting, as will this entire project, to see what useful information CAD produces and I'll eagerly await dispatches from the front. I have a Twin ME planned myself, except that I'll do it the old-fashioned way.

This isn't the first time the ME Beam has been scaled up or down. The photo is of a beautifully executed doubled ME in a museum in Scotland. Unbelievably, this engine was stolen some years ago, someone just picked it up and walked out with it. I don't know if it was ever found. 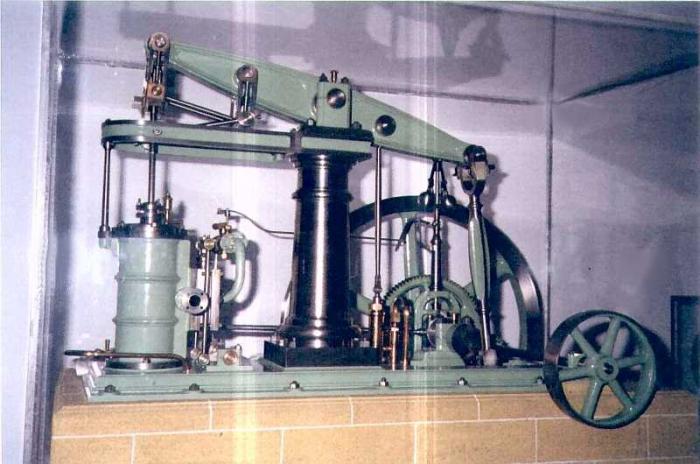 Thanks, and I'm glad you like it so far. Do you have any more info on the scaled engines please? Better to learn from others mistakes than your own...

Dave,
No, I'm afraid I don't have more information on this particular model that this.
Last edited: Apr 17, 2014
P

Hi Harry,
Long long time since we've talked. I still have that picture on my computer you sent me of that stolen M.E. Beam you just posted. In fact it was very much on my mind while Dave and I were first kicking the idea around for this project. But if I was to be 100% honest, this project scares the ****e out of me. Were getting well into the watch making range for some of the parts as I'm sure you know.

Hi Pete,
This is going to be an interesting project and it's just a beautifully designed and proportioned engine. Nothing to be afraid of . . one part at a time . . umm, well in this case four parts at a time.

Dave, I don't know if this will be of help but I've just recalled I do have some information tucked which may (or may not) be useful. Some time ago I began collecting known, or newly discovered, errors in the ME Beam engine (the standard version) from builders I contacted. Here is a compendium, which is from various sources and in no particular order.

1. The hole spacing for the steam chest bearing mounting holes and the holes in the base plate do not agree
2. The hole spacing for the Governor bracket mounting holes and the holes in the base plate to not agree
3. The entablature distance from the feet to the mounting hole is 3/32 short.
4. The entablature slots for mounting the radius rods are not in the correct location. I established the location at assembly.
5. The crankshaft throw needs to be extended out 1/16" to allow the connecting rod to center on the beam.
6. The crankshaft keyway needs to be longer to allow for the key for the governor bevel gear. I extended mine to 3.362" from the end of the keyway to the end of the shaft.
7. The entablature stay is 3/32" short on the 2-7/32" dimension
8. The base of the main bearings should be two inches to match the base plate and pedestal bracket.
9. The valve crosshead - I milled 0.100" off the bottom around the center hole to give more clearance for the steam box gland and the lock nut. The locknut cleared the top of the gland, with the gland all the way down buy about 1/64". And it had to be turned just the right way or it hit the gland bolts
10. Problem with interference the parallel motion links and assembly. I had made the links out of solid instead of the multi part assemblies that the print shows. So the information here is how I modified the parts to work.
a. At the cylinder end of the beam there is not enough room for the links and pins to pass each other when the beam goes through its motion.
b. I removed 1/32 from each side of the end link pad on the cylinder end of the beam
c. I shortened the end link shaft by 1/8" so the distance between the two bearing fits is now ½" and shortened the bearing fits to 5/32 long.
d. I removed 1/16" from the thickness of the of the 2 cylinder end parallel motion links.
e. I removed 1/16" from the outside of the 2 parallel rods for a distance of about ½" on the end with the ¼ " bore.
f. I shortened both ¼ dia fits on the cylinder crosshead by 1/16" then I reduced the 3/16 dia fits to 5/32" long to match the parallel motion links
g. Since I made the links out of solid I made hex head screws to hold the links onto the shafts instead of the design shown on the prints.
11. In the views of the assembled engine a spacer pipe with a flange on both ends is shown between the steam pipe and the steam cock and throttle valve. There is no drawing for this and no length given.

Since all these items are from others, whose abilities and accuracy I can't verify, and I haven't begun comparing the information to the drawrings, I offer them only as guidelines or heads-ups. Your mileage may vary.

The original construction series in ME for the "New" ME Beam Engine" (which this is) by EXACTUS started 01 October 1959 (No.3038 ) and continued through 17 December (No.3049.) There was a follow-up article in ME on modifications to the cylinder 06 October 1960, and a further article on a fine example built by E.E.Hughes, 05 May 1972. There has also been a complete "new" construction series in ME since then (1990s?), the publication dates of which I don't know. There are of course subsequent to these articles a number of letters to Postbag sprinkled about.
Last edited: Apr 17, 2014

Many thanks for taking the time to list all of these - I'll print a copy and tick them off as we go.

Pete - it'll be fine! If i can do it with fingers like a bunch of sausages then i'm sure you can too

I ran out of time to post pics, but here's the underside of the first bedplate finished, and it's starting to show how fine these engines are going to be with the 1/16" edge to the plate. Roll on the next three! 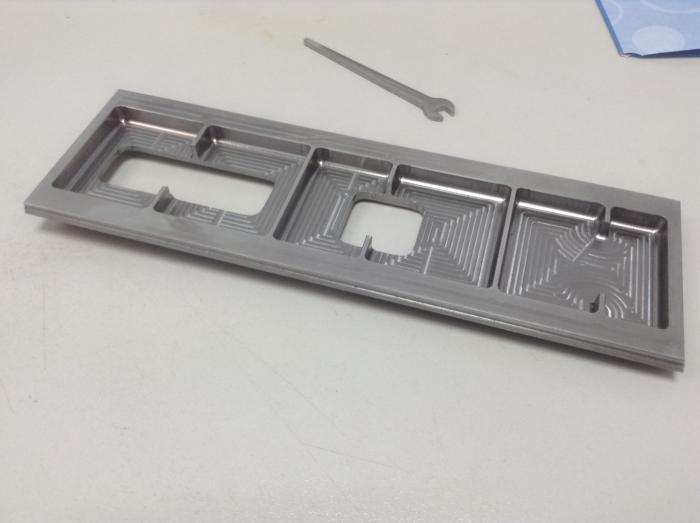 Dave,
No problem at all, I keep them in a text file for just such occasions.

Two things, firstly would you like a copy of the SW models as I pull them together, and secondly do you fancy joining in a multinational but small email group discussing anything from historic steam history to the latest machines and tooling? PM me your email if you fancy jumping in ;o)

I found your thread on the Compound marine twin and followed another thread to here.

I had started to transfer the original plans to SW when I found your pictures and also the same model on Grabcad.

Let me know if you need hand with SW and drawings etc.

Hi Andrew,
Many thanks for the very kind offer, and I think I've seen the same M.E. Beam you've mentioned on Grabcad. I'll need to leave this up to Dave though since computers and Myself just barely tolerate each other. Dave's the professional so I'm feeling more than a bit guilty because of just how little I can actually do on a project like this.

Edit: I knew I'd seen another reduced scale M.E. Beam somewhere before and think I've now re-found what matches my memory. It's a bit hard to say with 100% certainty about it's exact size, but there's two pictures on the Shereline Museum site of a M.E. Beam done by Wilhelm Huxhold www.craftsmanshipmuseum.com/huxhold.htm but when comparing the oak grain against the metal parts it seems to indicate that engine would be probably in the same scale (1/24th) as what were doing. Now all I need to do is try and maybe do something even slightly approaching Mr. Huxhold's work and I'd be more than happy.