Yesterday I was welding an axle for a trailer , to make a tow dolly .
As it's something that goes on the road it has to be decently welded and reliable .
So I took out the TIG to make the first pass .
Basicly it's a tube pressed into another tube . The weld is a lap weld .
Diameter of the tube is 68 on the outside , wall thickness is 4mm , ordinary carbon steel .
That would be 3"-ish and 1/8 wall thickness .

To avoid distortion , I weld around the axle tube in half quadrants , turning the axle 180° after each half
quadrant to avoid thermal distortion .
The first side went like a charm , a decent nice looking weld bead with good penetration .

I started on the opposite side , first half quadrants went ok .
Turned the axle , did the opposite side , and all of a sudden it happend .
Puddle started to foam , arc became unstable , flame if you'de call it that , took on an orange appearance , the sound of the arc also changed .
After cooling down the weld looked like a sponge with more holes then welded material .

I ground the shitty weld away , switched to the mig/mag and got exactly thesame result .
A very bad useless weld filled with porosities .

Anyone ever experianced this ?

The causes for porosities are usually dirt in the puddle or poor gas shielding .
And when I do welding on a car body this occurs from time to time , I guess sheetmetal from car bodies isn't the best in the world .
Never seen it happen with a tig weld on construction tubes though .
Last edited: Apr 9, 2020

I'm guessing micro-cracks in the metal full of oil or similar.

The surfaces of the two pieces probably weren't clean enough when they were pressed together. The yellow flame was organic material (probably oil) igniting below the puddle and blowing up through it. - Terry

Yes the presence of oil would certainly explain the orange colour of the flame .

I did spray some WD40 when I pressed both halves together .
It was a very tough press fit .

The other half , wich didn't have the problem , was pressed dry .

I'm gonna heat the parts with a propane torch , try to boil it out .

Yes, I think you have identified the issue. And yes, I confess to having the same experience, for the same reason!

Be careful when using solvents to remove grease or oil from parts to be welded. The arc's strong UV emission can convert certain solvents that might have been absorbed by porous surfaces into deadly gases. Some chlorinated solvents will produce mustard gas, for instance. - Terry

Also for a closed void - the expansion of gasses within due to heating start to "squirt" out of the final closing stages of the weld.

Ken I said:
Also for a closed void - the expansion of gasses within due to heating start to "squirt" out of the final closing stages of the weld.

Yes, usually, if you are completely sealing an assembly with weld and it is NOT a pressure vessel, a vent hole is drilled to relieve heat induced pressure. We hot dip galvanized large tubular structures at work; we have to notch or drill holes in two planes at each each of the tubes, since the tubes would fill up with zinc through the holes, the holes in two planes at the ends allowed the zinc to run out coming out of the tank. If the tubes were not drilled, they would explode in the tank from pressure build up and low material strength at elevated temperatures. The galvanizer didn't like his crew being showered with hot zinc if a tube exploded!

I would say you have oil or grease that has impregnated the metal I would avoid using cleaners or degreasers to prep the metal. Instead I would use a torch with a rosebud and heat the metal up evenly and burn the oil or grease out. Be careful not to use to much heat you do not want the metal anywhere close to red you don’t want any glowing of the metal at all. Then after you are done just wire wheel the carbon away or grind and continue you should be fine. The only other thing to watch for is to make sure you did not contaminate your tungsten you may need to replace it
J

Contamination for sure- have done a fair amount of TIG welding. Cleanliness is important. Clean with Acetone only. Use a stainless wire brush to clean the area. Also, You normally should tack weld 4 quadrants- small tacks-90 degrees apart. Then fill in between them.

The great thing about this forum is the huge amount of knowledge present , and the willingnes of its members to share it .

Apparantly it's not an easy task to get rid of the contamination once it is there .

I used an angle grinder to remove all the bad welds .
Then used a propane torch to heat the part until I could no longer see the discoloration of the propane
flame as it burned off the WD40 .

Didn't use any solvent though , I was afraid some of it might enter between the two tubes and put me back to square one .

I ended up with a more or less acceptable result . Not real happy about it but it was the best possible under the circumstances . Took me almost all day for a joint that should have taken less then an hour .

thx for all the help

btw , here's a link to the tow dolly I'm building . 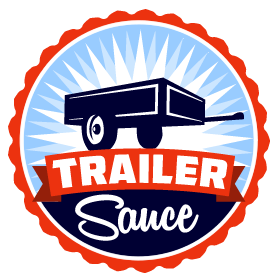 Full introduction to building a Tow dolly trailer from start to finish. Full, free detailed drawings, sketches and diagrams to help you build your own tow dolly trailer.

the site also has other free trailer plans , wich seem te be quite good at first sight .
You must log in or register to reply here.

O
Lower cost design for a water brake for a dyno.
2