Well, alrighty then! I think Dean wanted to have it put in the upload area also. I think.... so I'm sure he will read this and decide.

Ed was kind enough to make the PDF for this post. Thanks again, Gramps!

I'm not sure where it should go, I guess. In this post, (which is fine with me), or in the files?
Someone can tell me what to do. I don't mind!

Second part of this spring business is coming up directly.

Thanks all for the kind remarks and comments. I'm glad it was so well received.

BOTH places would be good and just make it that much easier to find.
Nice tutorial Dean. Thm:
Gail in NM
Z

Excellent post Dean. I can't add anything to what everyone else said.

I could mention that I didn't even think about M&Ms. But that would be lying. ;D
K

Thanks for explaining this process in such easy to understand detail.

Hi all,
As no-one has posted the following link, I will do so. This is not meant to upstage Dean's post and his work, but to offer answers to the many questions that have already been asked. It is quite a big site, but I think it will repay your effort to check it out.
Regards, Ian.

Certainly not meaning to hijack you post, great info, I thought that I would show a budget spring winder I made years ago out of scraps, It works great using the shanks of drill bits for mandrels. I also use it a lot for tiny tapping and reaming, it can be held in a vice or clamped to a table top. It has been a great tool to have around. Thanks; Tad Wicks 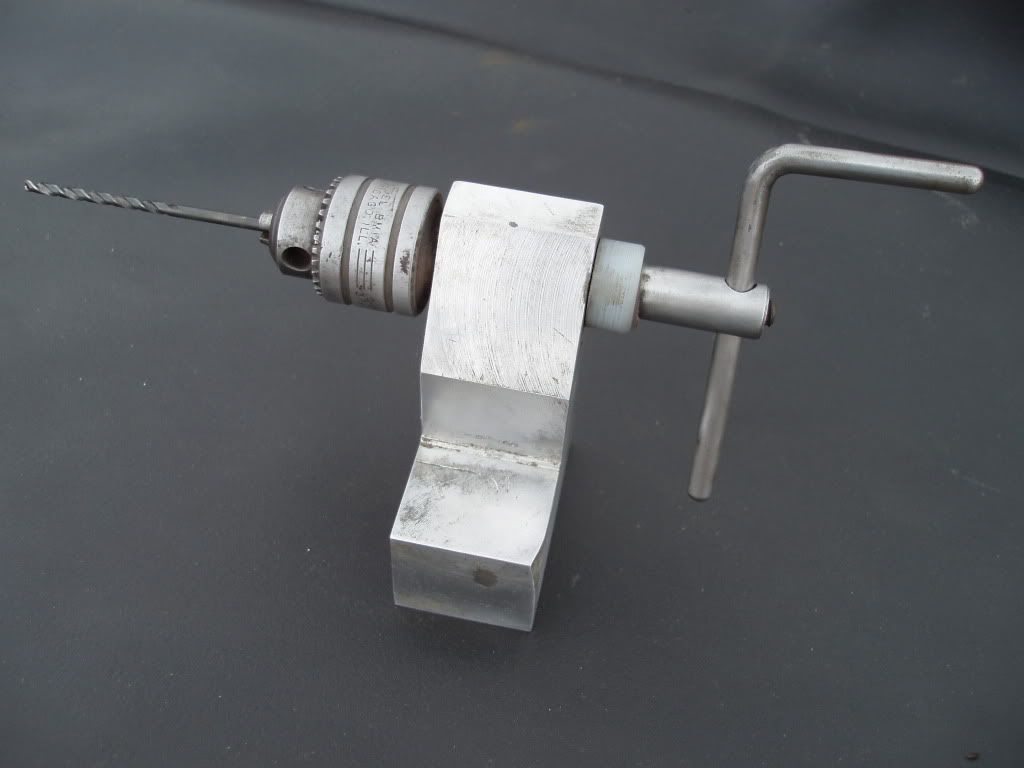 Thats a good one to keep!

Hadn't seen this post before - really interesting. For those that want to wind their own, I made a spring winding tool using plans and article by Dwight Giles in Model Engine Builder Magazine March-April 2007 http://www.modelenginebuilder.com/issueeleven.htm

The plans are generic so that one can scale the winder to suit a paricular size of lathe. Mine is a Sherline so I scaled down quite a bit, and changed the configuration to suit my QCT holder. To use, I calculate the pitch of the spring and then use the thread cutting accessory to make precise turns on a mandrel. Choosing the size of the mandrel is a bit of trial and error. It makes lovely springs. 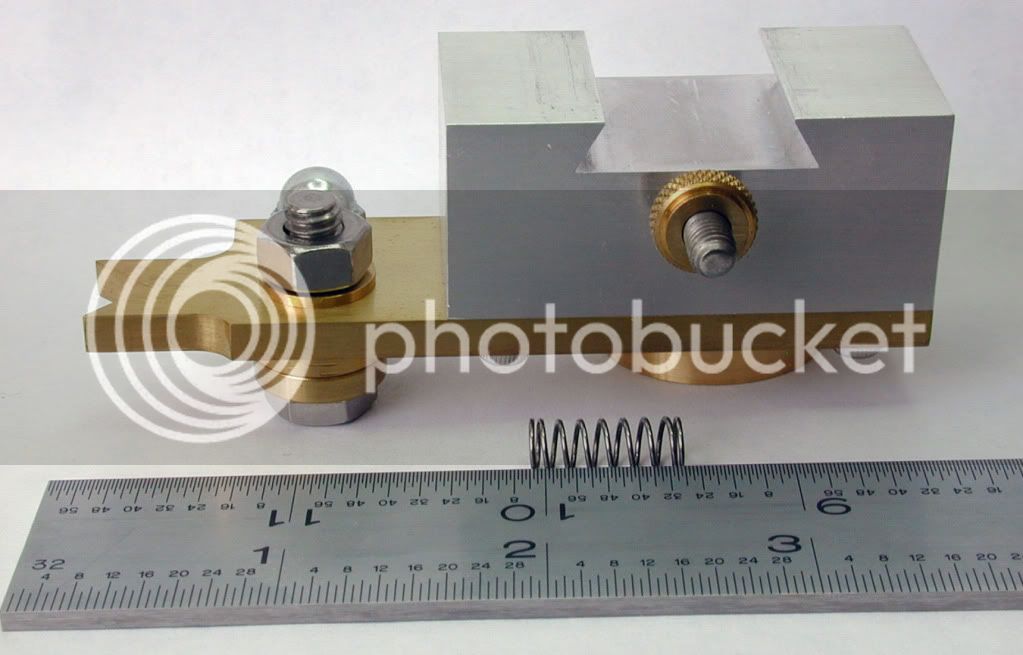 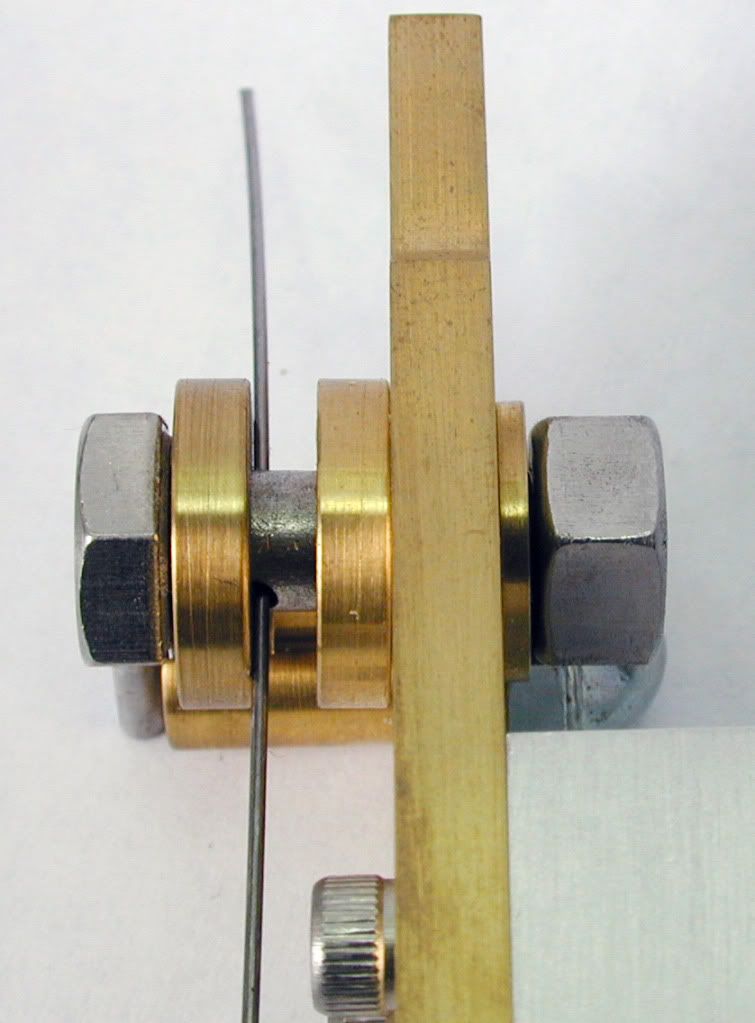 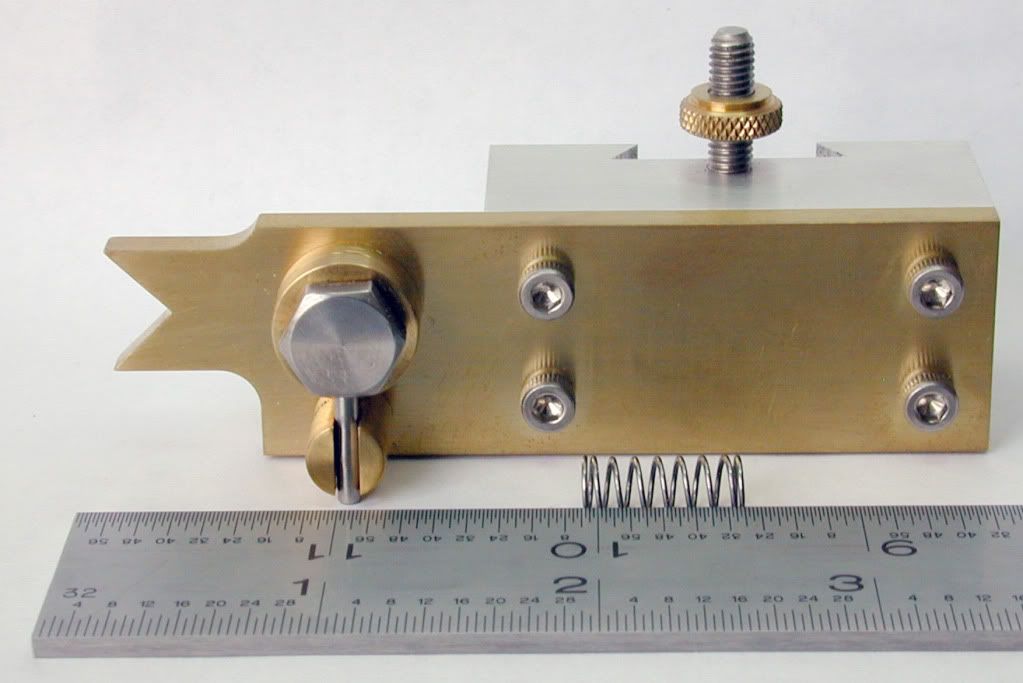 Since this thread has been brought out of the graveyard, some of you may not know that I did a second part to the article after this one. It deals with winding spaced coils for compression and extension springs using a simple jig on your screw cutting lathe.

Thanks for the comments.

Darn, missed that one too. A nice and simple method which uses the same principles as the Dwight Giles tool. I have seen the professional machinists at work using a similar setup. With the Sherline lathe, the thread cutting accessory is hand cranked so it is ideal for this design.

Thanks for resurrecting the old thread, Mati

these little machines were made in the 60s for making springs, you don't have to stress relieve them, they extrude the coils to final size. the last photo shows the machine in the first photo after "beautification"

Link to a site which allows calculation of dimensions for spring mandrels......

1hand said:
Dean, I made a fe springs in the shop too much as you are doing. The shop had a brand new Hardinge tool room lathe with all the options . It was a fun lathe to run as it had a lot of power for a relatively small machine but was super precision . I used music wire I cot from a piano shop or store larger wirecwasctoughvtobwind and if you pushed too far when it broke it made a terrible mess . Especially if it was very long .

Noting your cameras I have a Leica 3C with a removable lense it has a 1000// shutter speed which was why I got it. I took a lot of black and white pictures with it. 35mm film was expensive and even more so with printed pictures. The camera has been lost and found in moves over the years . I don’t know exactly where it is now after the last move . I had a clip on light meter that still worked up untill the last move . I took so nes stop action shots years ago with it . I have another camera with a longer lense but it’s missing now too . I’ve been offered a bunch for $ for both of them but about that time they go missing .LOL. I’d like to see how automotive coil springs are made Think they are made in annealed state then hardened .

And how timely. You have any tricks on making Compression springs? I need some for a prosthetic thing I'm doing now. I have ordered a bunch of different springs, but having trouble finding what I need. They need to be .240 by .375 long and have a compression load of 5 to 6lbs. Any Ideas.

Very similar to how I made some custome springs for Rc airplane landing gear I didn’t do the heat treat however .


Being a camera guy you probably have run into a Leica 3 c. I actually have one that still works . It’s hiding in some “ stuff” somewhere I got it a long time ago because it had a 1/1000. Shutter I found a tiny light meter tat fit in the top clip it still works too the last time I saw it . I took some black and white sports pictures and auto racing pictures using the right film you could take color shots too. They weren’t the best quality it was an expensive camera to have 35 mm film printed especially color . But it did the job . It has a focal plane shutter that is pretty amazing operating at full speed the range finder was pretty small So you had to squint to use it . . I’m considering making chain maile armor as a hobby the rings are wound much as you show but slightly larger . It’s an incredibly tedious thing fitting thousands of rings together. I as was a welder . Welding these rings that have been bent to butt is very tedious both resistance welding and ultra sonic welding are possible but equipment is expensive . You really need a semi automated system but I don’t have resources for this so I may just purchase maile as needed it’s very impervious to stab attacks that have happened knights ans soldiers of medieval times slept in maile armor . With smaller welded rings it’s impervious to even arrow attacks except point blank high powered cross bow. The stuff was so good it lasted 1000 years in various forms not bullet proof by nothing element can penetrate. Even meat cutters wear it today

Thanks for writing a great article on this subject.
I’ve made a couple of spring winders and several springs but never heat treated them.
now I will…..
You must log in or register to reply here.

Jun 8, 2022
Owen_N
O
D
How to measure the speed of a small spring without resolving to formula's