A guy at work brought this in today, and asked if I knew anything about it. It was built by his late father possibly from a design in a magazine/publication.

All I could tell him was it was a stirling, and that the flywheel and one conrod was missing. He has gone home to look for those tonight. Does anyone here recognise the design from anywhere? For scale, the cylinders are approx 1" long. 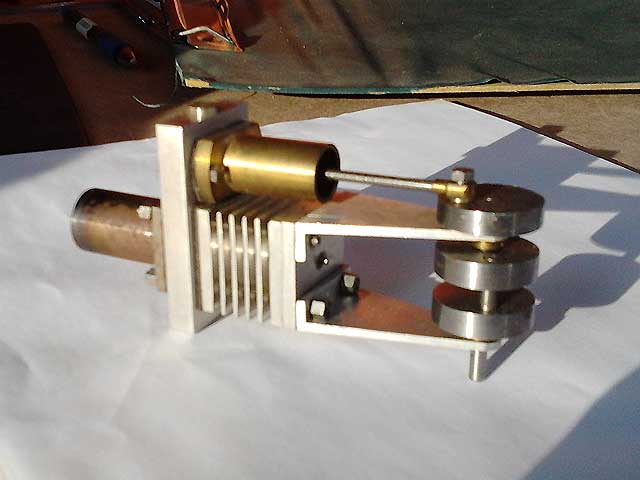 I think it is a half-scale Moriya. There were a lot of them built.
The full scale Moriya plans were in Live Steam Magazine, December, 1974 starting on page 10-11
Article is titled "Moriya" by By Dr. J.R. Senft.

Here is a photo of one of the 1/2 scale ones that I built about 30 years ago. It is in a sad state of disrepair and the fan and base is off of it.

EDIT: Here is a short build article on a Moriya
http://users.moscow.com/oiseming/lc_ant_p/pic_Prj8.htm

The plans were also published in:

There were three different volumes these books published, the latter two having Book 2 and Book 3 suffixes. The plans were in the original volume which had no suffix to the title. 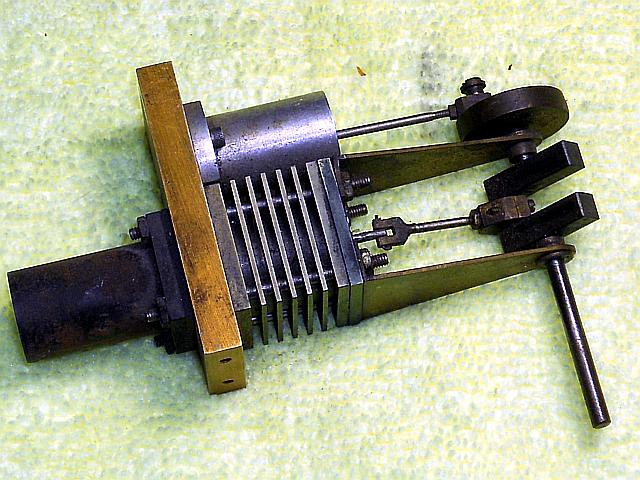 You're right Gail don't know what I was thinking or seeing :big:
P

I will pass it along.
S

Here's the first page of the plans for reference:

Jerry Howell's Small Stirling Fan is also similar, especially in size to a 1/2-size Moriya, but doesn't have the distinctive air passage bolt and has some other flourishes not seen on this model.