Ive played a bit with the keyshots as well, there are still some things I need to learn about it, mostly the lighting. 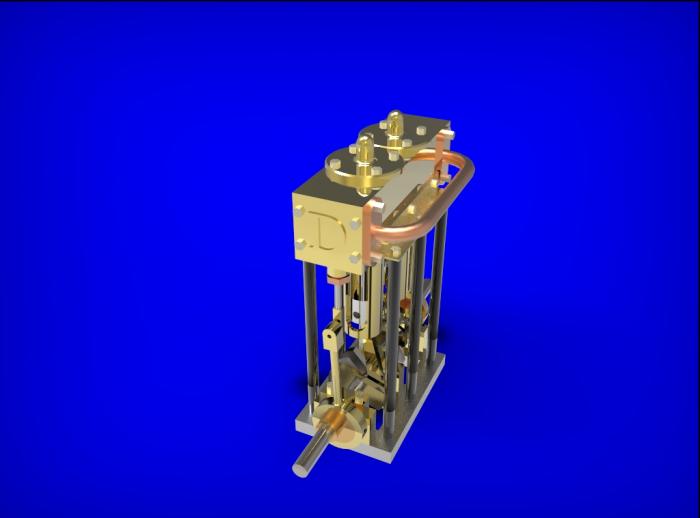 Lew Hartswick said:
Does anyone have a suggestion for a SIMPLE pgm. that can do what I needed to in this dwg.? I DON'T want a full blown CAD pgm.
I probably could do it with geometry but I think it would have to be an iterative process and take ages. The drafting I need to do is
usually simple enough to do on a board with straight edge and triangle with a circle template occasionally. But finding the location of
an arc center is the catch. (when the lines are not at right angles).
Thanks for any suggestions.
...Lew...
Click to expand...

Lew,
Not sure if this helps, but if you offset each of the tangent lines by the known radius of that third arc...the intersection of the two new lines will be the center of the third circle.

In AutoCad built in tools let you place all these items and identify center points, intersections etc.
Rich 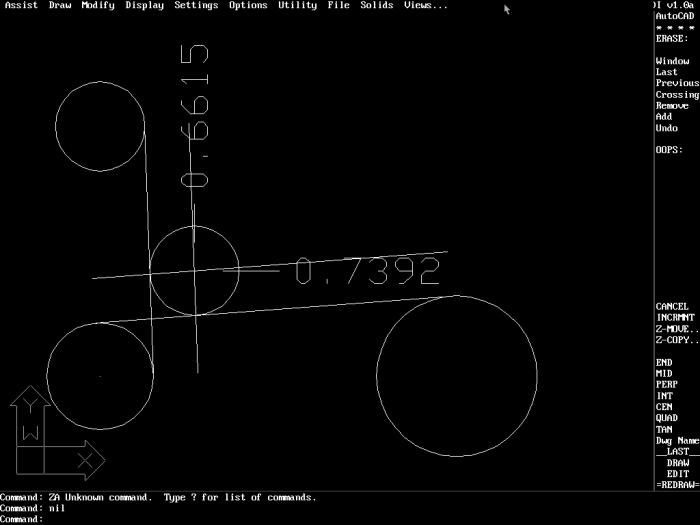 I don't have the skills or interest to design an engine, so I work with plans that are already drawn. For 2.5D CNC, I need to draw the parts (Draftsight) and export as DXF. For 3D milling, I would need to be able to draw as a 3D part and export as STL. 3D CNC milling is much slower than 2.5D, so I have avoided it until now.

Having said the above, it would have been nice to have modeled the Kozo A3 loco as a total assembly, as that would have show up several problems that I have encountered after making the parts. Most of these problems were in scaling up to the 7.5" gauge version.

The student edition of SolidWorks is under $100 (some sell it as low as $60) and it offers all of the features "we" need for model engineering including part modeling, assembly modeling, detail & assembly drawings, and animations.

Something to think about.

The solidworks student program is a bit limited. This quote is from their web site

A &#8220;degree-seeking student&#8221; is defined as a student who can confirm enrollment in a degree-granting program, or who can confirm full-time enrollment in a certificate-granting program. Do not purchase this software if you're not a degree-seeking student or a full-time faculty member. Commercial and institutional use is prohibited.
Please note:

So you must be registered in some school, and the program will stop working in one year.

I will never be able to afford solidworks for my hobby use, so I went with Alibre. Why invest your learning time is something you can never really own? I believe Alibre can do everything needed for 3D design
M

And Alibre doesn't die at the end of 12 months like SolidWorks.

Im a big fan of alibre thats for sure, cant beat it for the money.

Yes but what is the cost of one seat of Solidworks. You can install Alibre on 2 computers. 1 in the computer room in the house and 1 in the shop. All for $199.00


[FONT=Arial, sans-serif]First, I am an Alibre fan and support the software whenever I can. I have used other software and my best experiences has, so far, been with Alibre.[/FONT]


[FONT=Arial, sans-serif]I started a project in the early 90's designing a one-third scale working model of a 1937 Norton motorcycle. The design was first on paper then transferred to Cadkey. Over the years the project has been re-done in AutoCad, KeyCreator, Solidworks, and then Alibre. [/FONT]


[FONT=Arial, sans-serif]Alibre has enabled me to create this project to a point where I am finally comfortable with my design and I feel the inevitable mistakes will be minor. My goal was to have a design that looked as close to the original as possible and still have a working model. Being able to render the model and seeing a somewhat realistic picture has caused me to change/modify a number of features that I could not visualize before. I have also found a few areas where I needed to open up some clearances to cancel any possible contact that could happen with operational wear. Its great being able to see what goes on inside the engine as the crankshaft is rotated. [/FONT]


[FONT=Arial, sans-serif]The learning curve is steep if you have not used a program like this in the past, but after you get a grasp on the basic concept, you will not want to go back to paper. [/FONT] 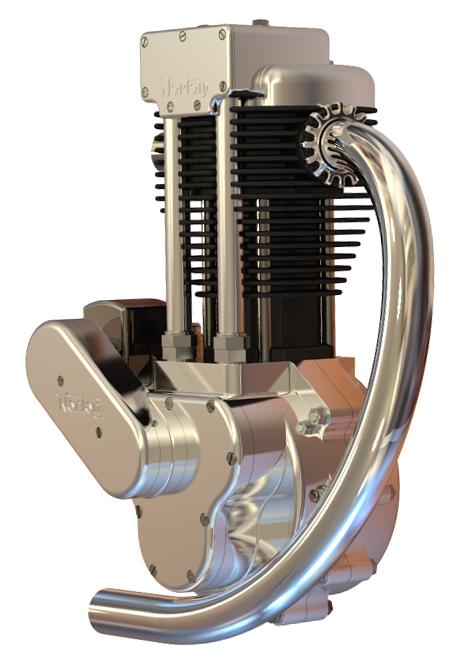 Very nice looking engine. You will have to do a build log so we can follow the change from drawings to working engine.

I used AutoCAD for years but eventually sold it and went to DraftSight. It works extremely well (and is free) but is limited to 2D. Around Thanksgiving time (November, for you non US folks) Alibre always has a sale. Last year I bought Alibre and I have been playing with it. I can't say it is the most intuitive thing in the world but it isn't bad. I'm still amazed at what some of the people here can model with it though. They are clearly far more advanced than I.

Alibre solves a real problem. SolidWorks just doesn't "get it" if you ask me. They are losing low end customers who may well end up being professional users at some point. But if those users learned Alibre then that is what they'll buy when they can afford something other than the PE version.

The biggest limitation with all the systems is affordable CAM. CNC is common in the home shop now and as we've discussed, there are good number of affordable CAD systems out there. But CAM is another matter. The choices are much more limited there. Fortunately, however, there do appear to be some decent choices, from MeshCAM, to FreeCAM and CNCViewer. You can expect to pay up to about $200 or so. That is acceptable. Sadly, this will probably not cover lathe and mill applications though. You may need a separate expenditure for each

I only want to tell,,you can find SW 2013 free download
whith some googleing.

I prefer to use software that I own; so Alibre Pro and Bob CAD are my choices for my home shop. I do get to useSolid Works and Master CAM at work though.
O

camm-1 said:
I only want to tell,,you can find SW 2013 free download
whith some googleing.
Click to expand...

My virus program flagged this download as a virus as I thought it would.

Are you sure it's not a pirated copy?

Solid Works for free just sounds to good to be true.

Looks like you are saying it is OK to steal softeware. That could get you banned from this forum I'm thinking.

Dave
I was a bit afraid to tell the link ,sorry.
I deleted it so do so you to
K