So I have been working on this Steam Roller on and off since about the early 90's. I have the rolling chase all assembled and painted. I have all the engine components made and had it parchally assembled then my basement got damp and the engine got rusty. I fixed the basement walls installed new window's and got a de humidifier, no more water or dampness. Forward about 8 years and I'm back on it again, took the engine all apart, cleaned it up and re-assembled and this is where I am so far. Lets see how long I stay on it this time. 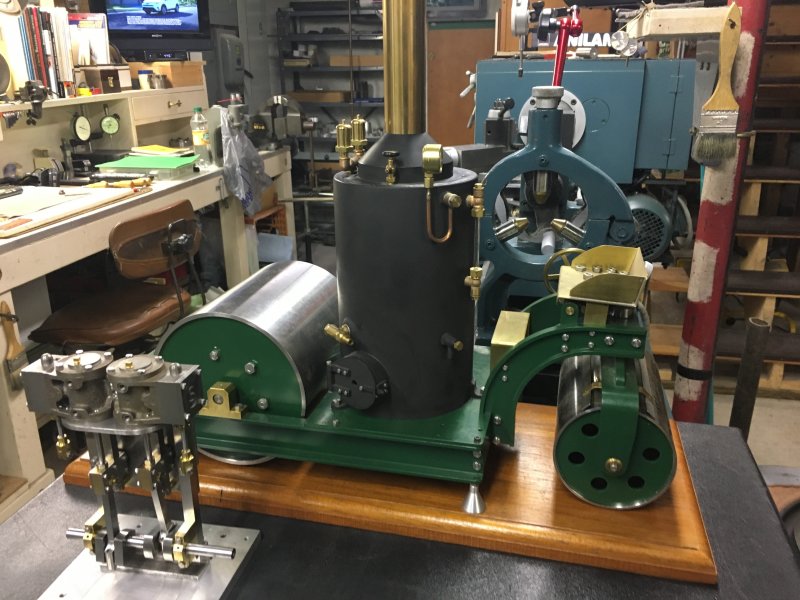 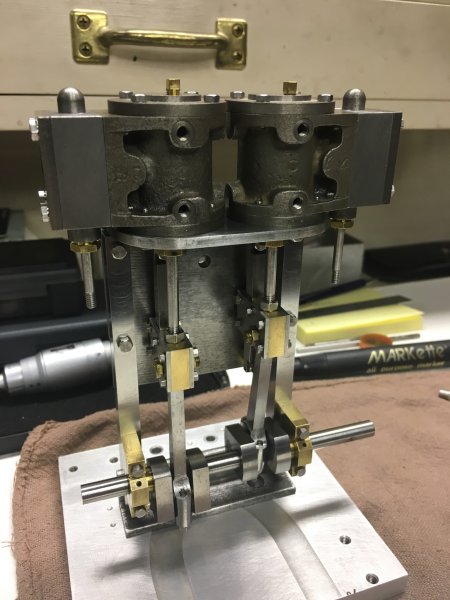 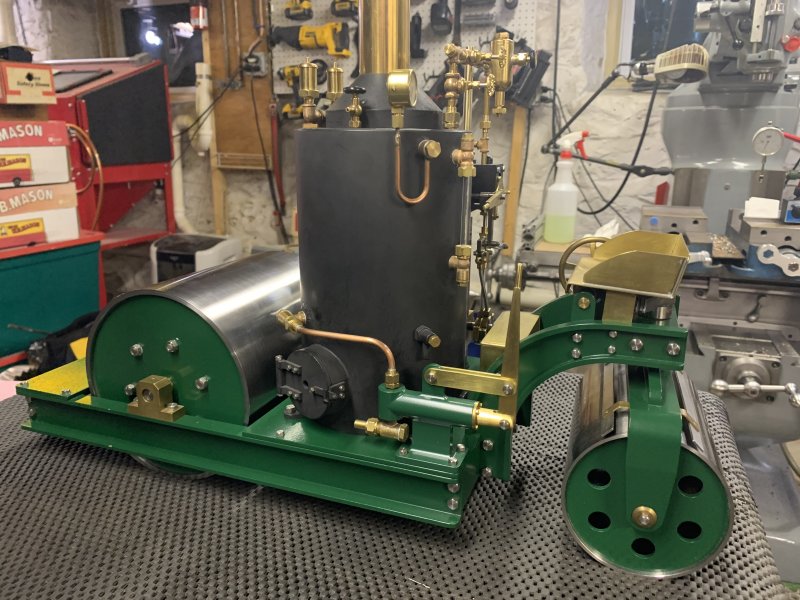 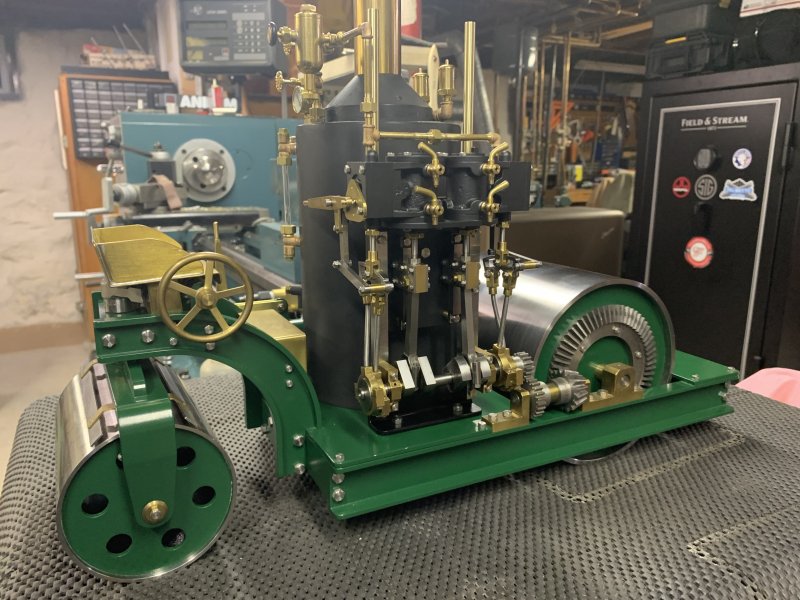 More progress on the steam roller, all that is left is the coal box and water tank.
O

So did you finish it?

Bill Harris was an excellent designer of steam powered logging equipment in addition to the steam roller. I have a signed copy of his book "Logging with Steam" in which he lays out and describes plans for a 2 truck Shay, steam crane, and Falk logging engine. Part of the Shay is a little steam pump that I have seen done as a separate project at several model engineering shows. It's mounted just in front of the two cylinder engine itself. I bought the book when I decided to build his Shay in 1 1/2" narrow gauge scale and started the Shay in about 1994. That scale made it a size to run on 4 3/4" track which is commonly used in the US 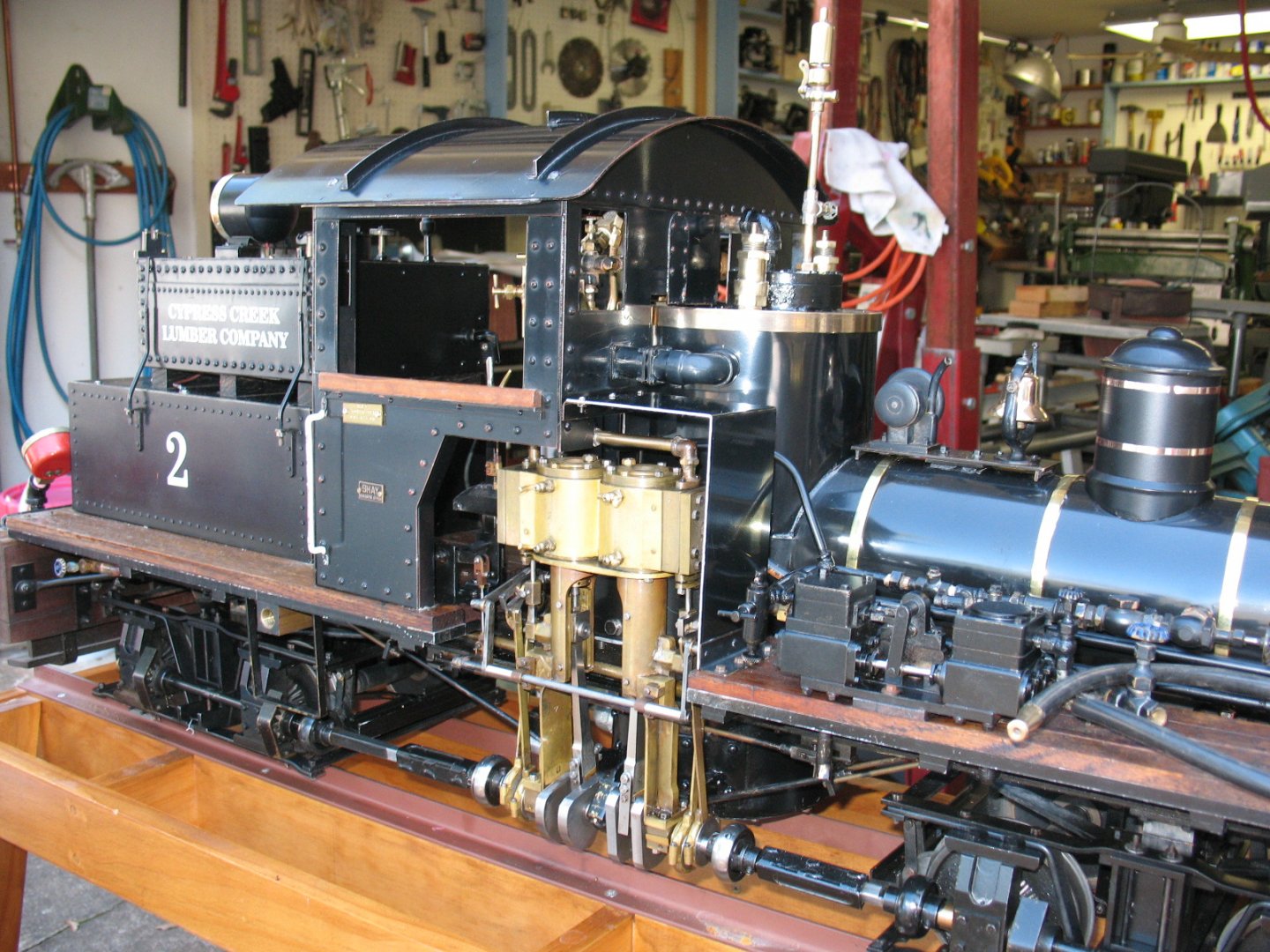 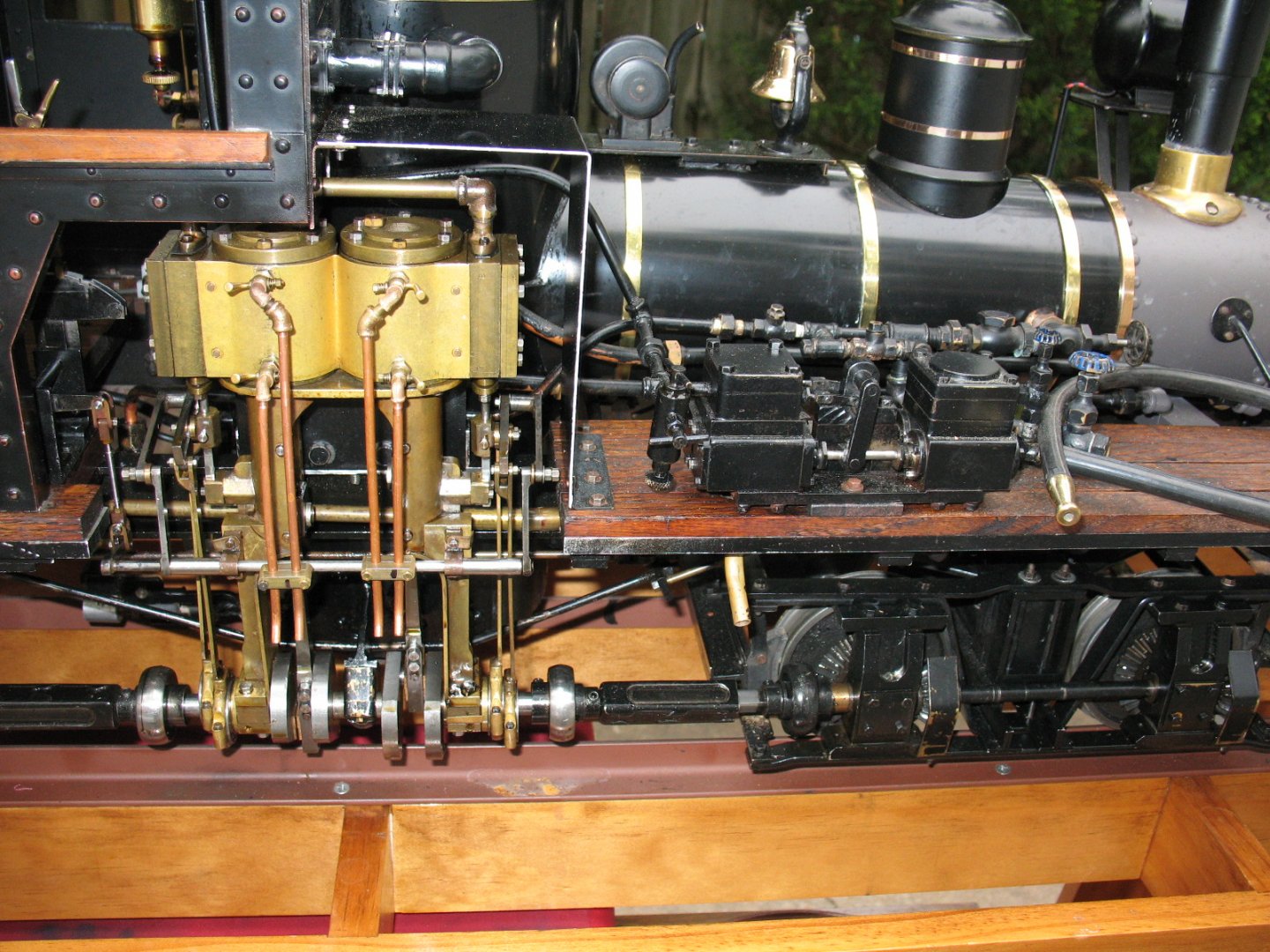 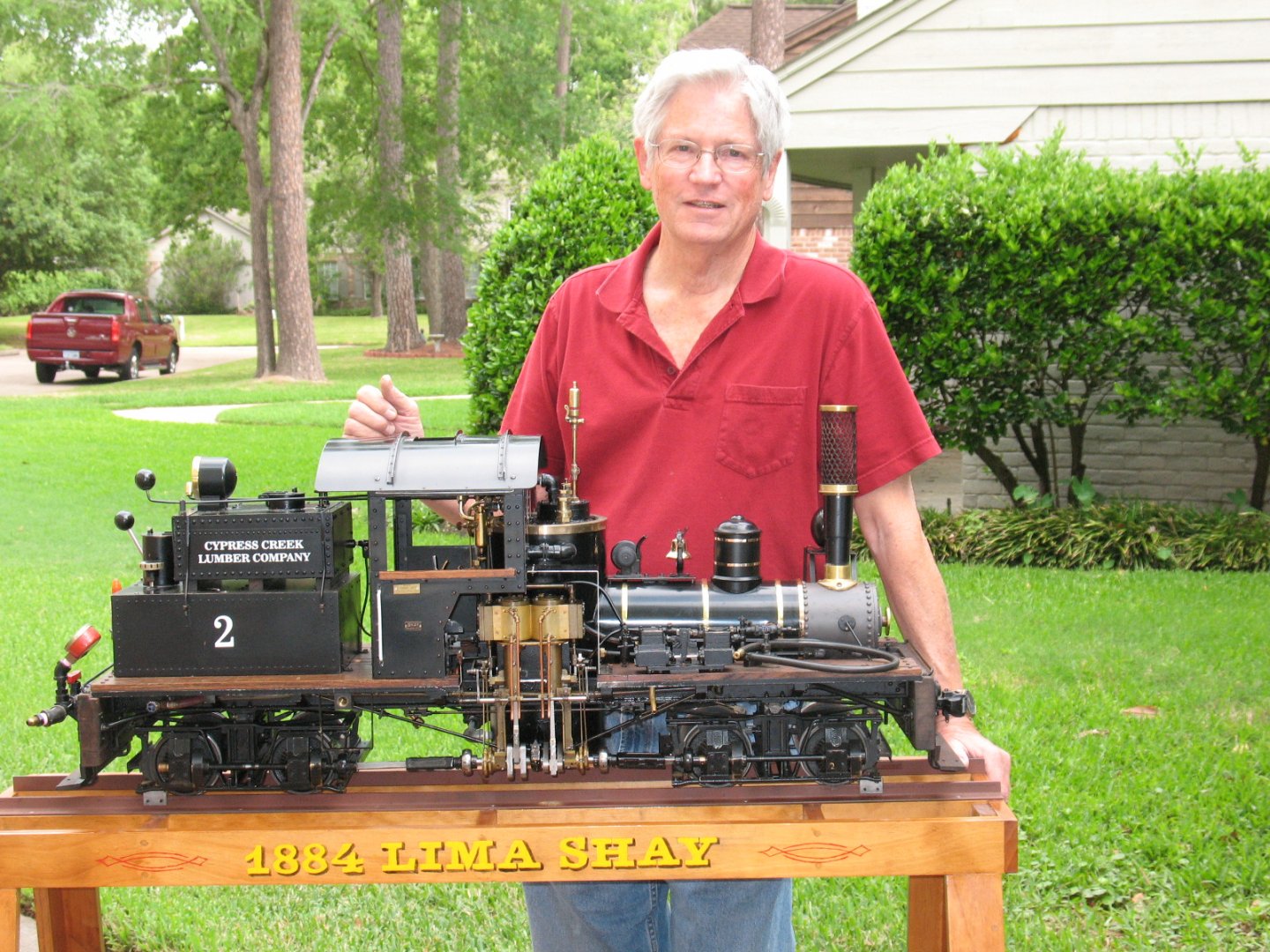 for 1" scale locomotives. This engine was chosen to be in a display of model locomotives during the dedication ceremonies of the George H.W. Bush museum back in November of 1997. This photo was taken several years later after I did a major overhaul on it after running it for many years.
You must log in or register to reply here.
Share:
Facebook Twitter Reddit Pinterest Tumblr WhatsApp Email Link