This fascinating project has kept me busy for 2 years now. It is a 1/2 scale replica of the now almost forgotten British E.N.V. 60Hp aero engine, or "Aviation Motor" as they were called in those pioneering days circa 1910. There are 3 known survivors, one here in the UK, another in at Old Rhinebeck, USA and another in Belgium. None of them is operational.

The ENV name is based on the French "en V" meaning a "V" form. These engines were the first V8s to be built in England from around 1908. They were water cooled, the individual cylinders having electroformed copper jackets. On the model these have a thickness of about .025".

There are no drawings so I have had to reconstruct working plans and work out how to make every part including the complex one-piece crankcase. This was successfully cast in Gloucester. The motor is heading towards completion although valve timing and cam design lies ahead. It will have a miniaturised Zenith carb based on the very first of M.Baverey's original designs.
I have posted 3 photos. 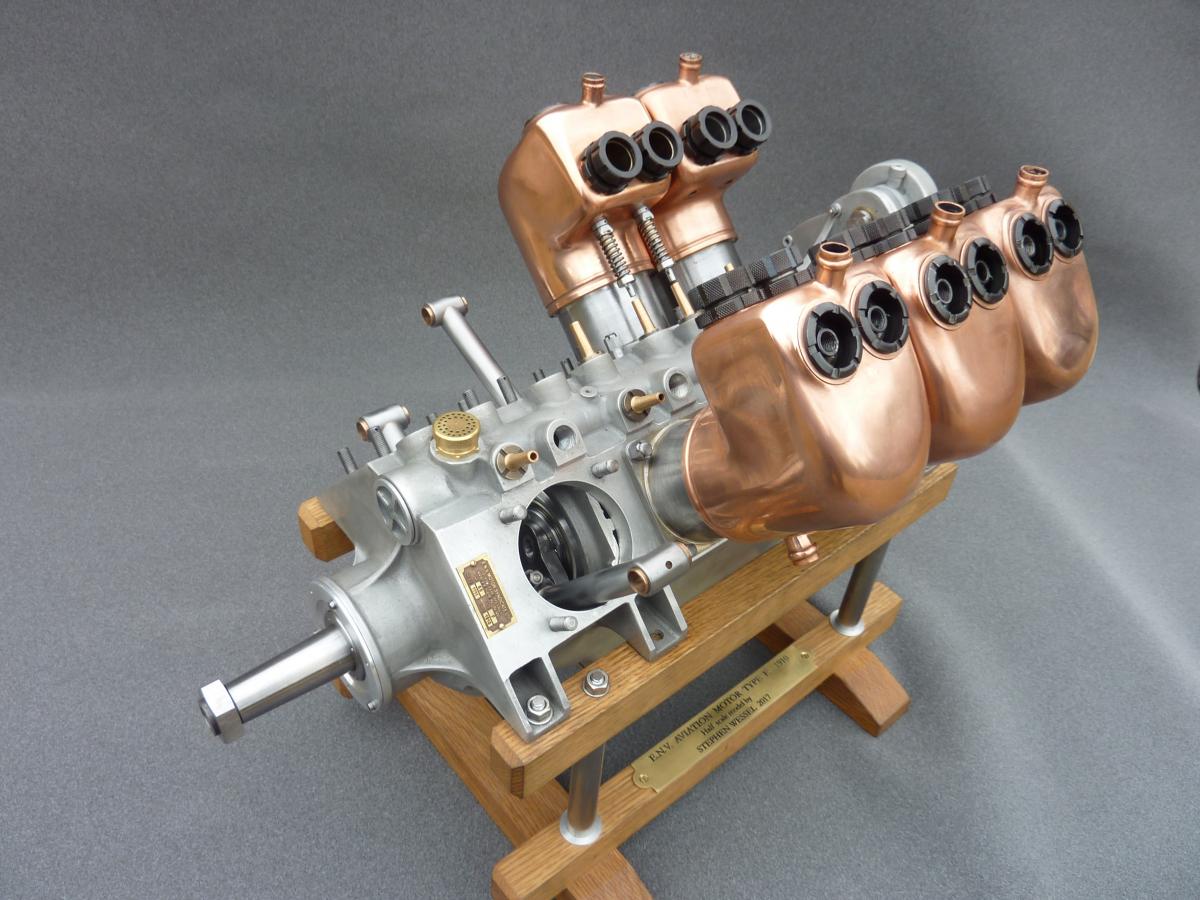 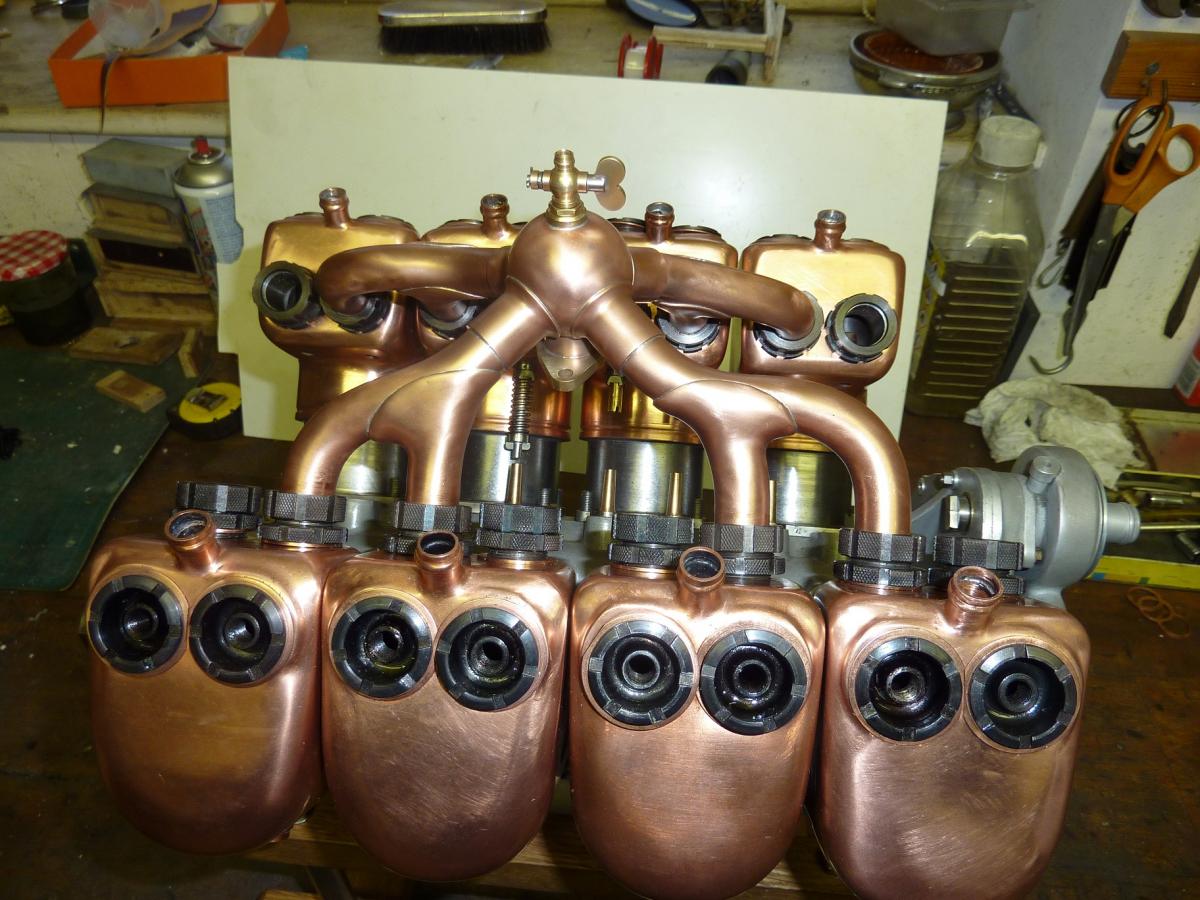 Thanks for sharing the phenomenal work you've been doing on this engine! It is nice to see how far along you've come with the project since the decision to "do" this one.
You are a master craftsman that sets the bar very high.
All the best
Charlie
W

Thanks Charlie. Without encouragement from people like you work would grind to a halt!
Hope you are well.
Stephen
P

That engine is gorgeous ...

Wez1, needless to say, this is world class model engineering.. Hand down.. Drop dead gorgeous..
I would like to see more detailed pictures of this project. Regardless the result and level, I'm inspired whenever someone tries this hard and do their best.

That's quite a project. I can see why it's taken two years; probably a pretty fast two years at that. :thumbup:
W 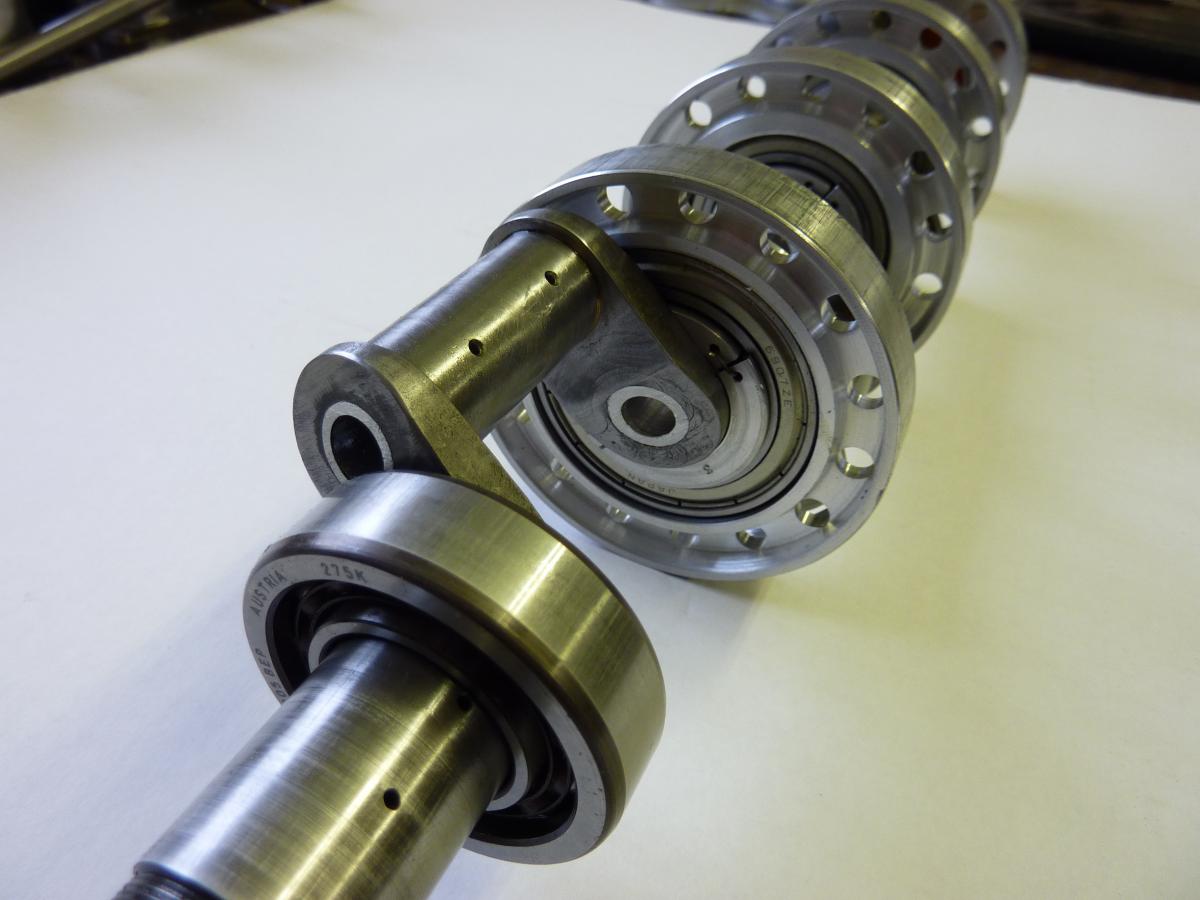 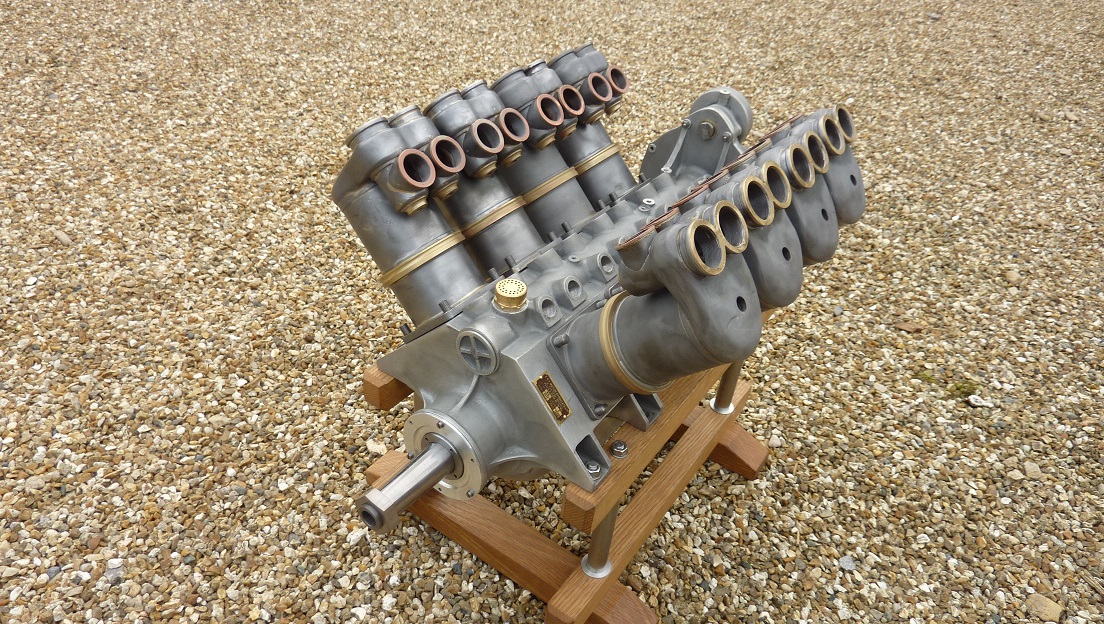 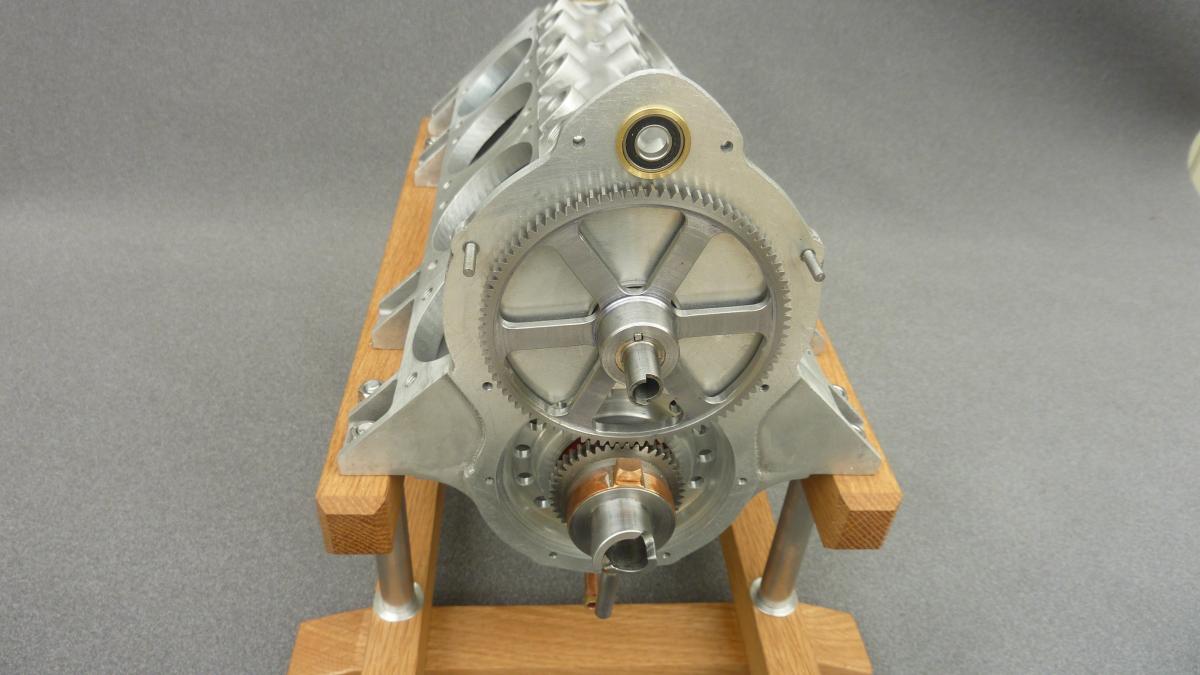 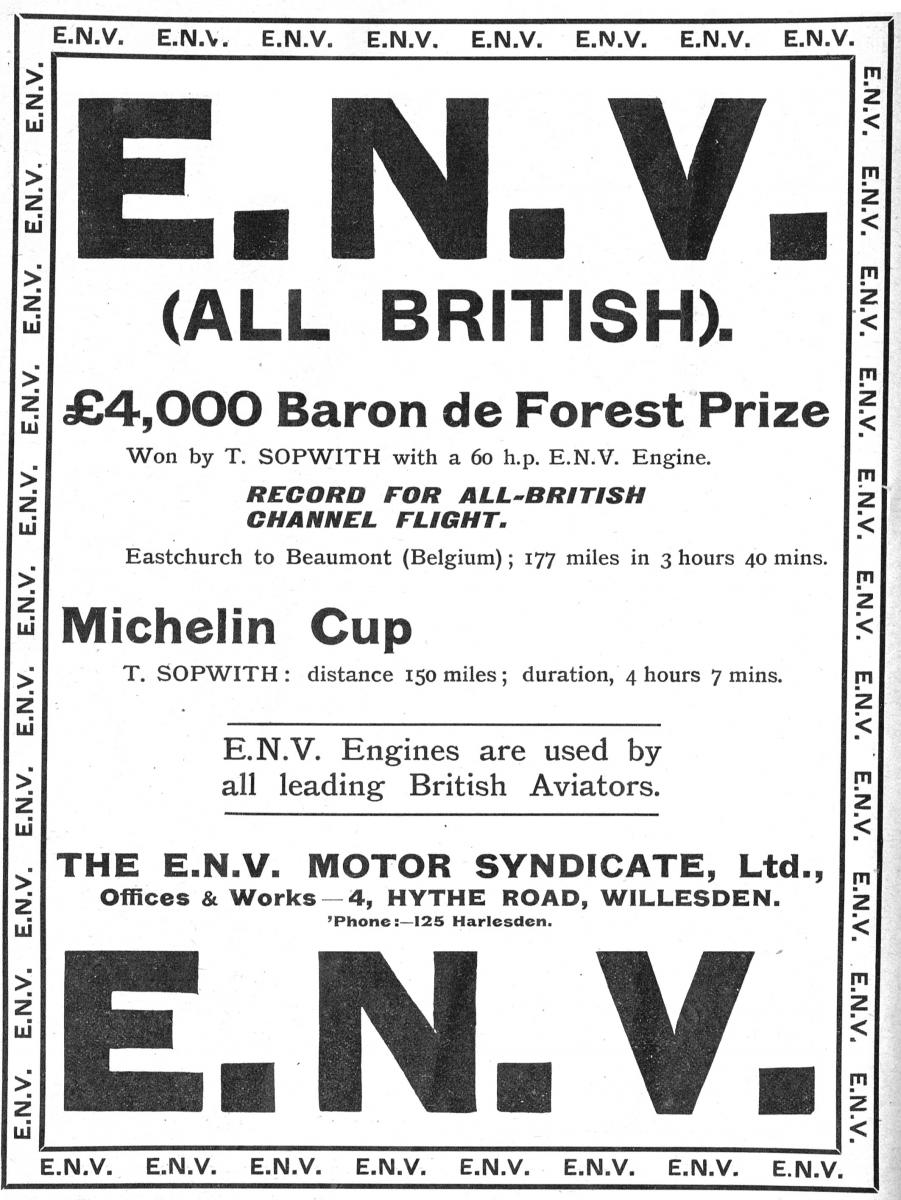 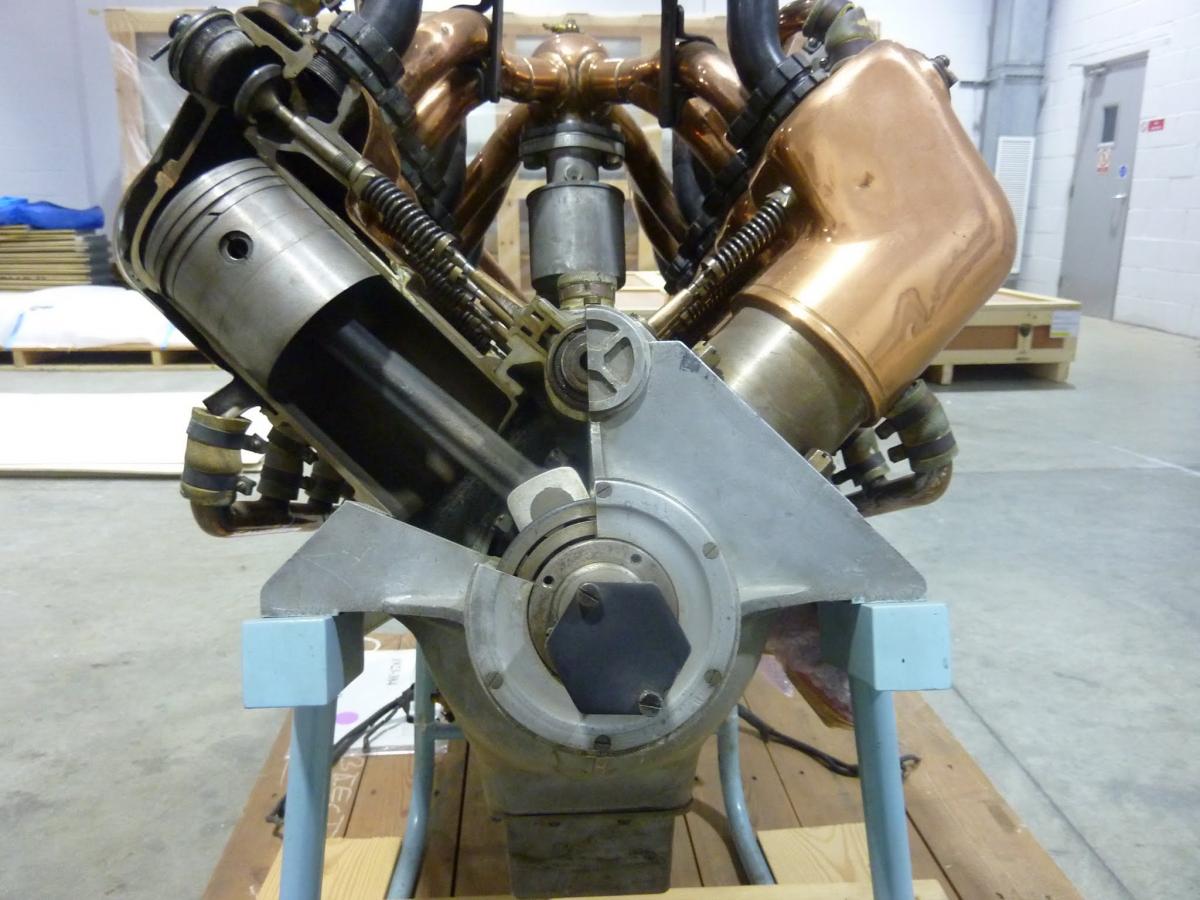 This engine is now finished and working with a light flywheel. Seems to go OK. Fitted a 48 x 30" prop to it today for the next trials.
P

That's a brute of a prop but you did say half sale.
Beautiful! More pictures and maybe a video, please!
W

You can see some early runs here https://drive.google.com/file/d/1-AjbRFrt1uWEzuIQj8Gn5a6j321J2EUl/view?usp=sharing
No load so throttle setting was kept at about 1/4. The green liquid is Evans waterless coolant. 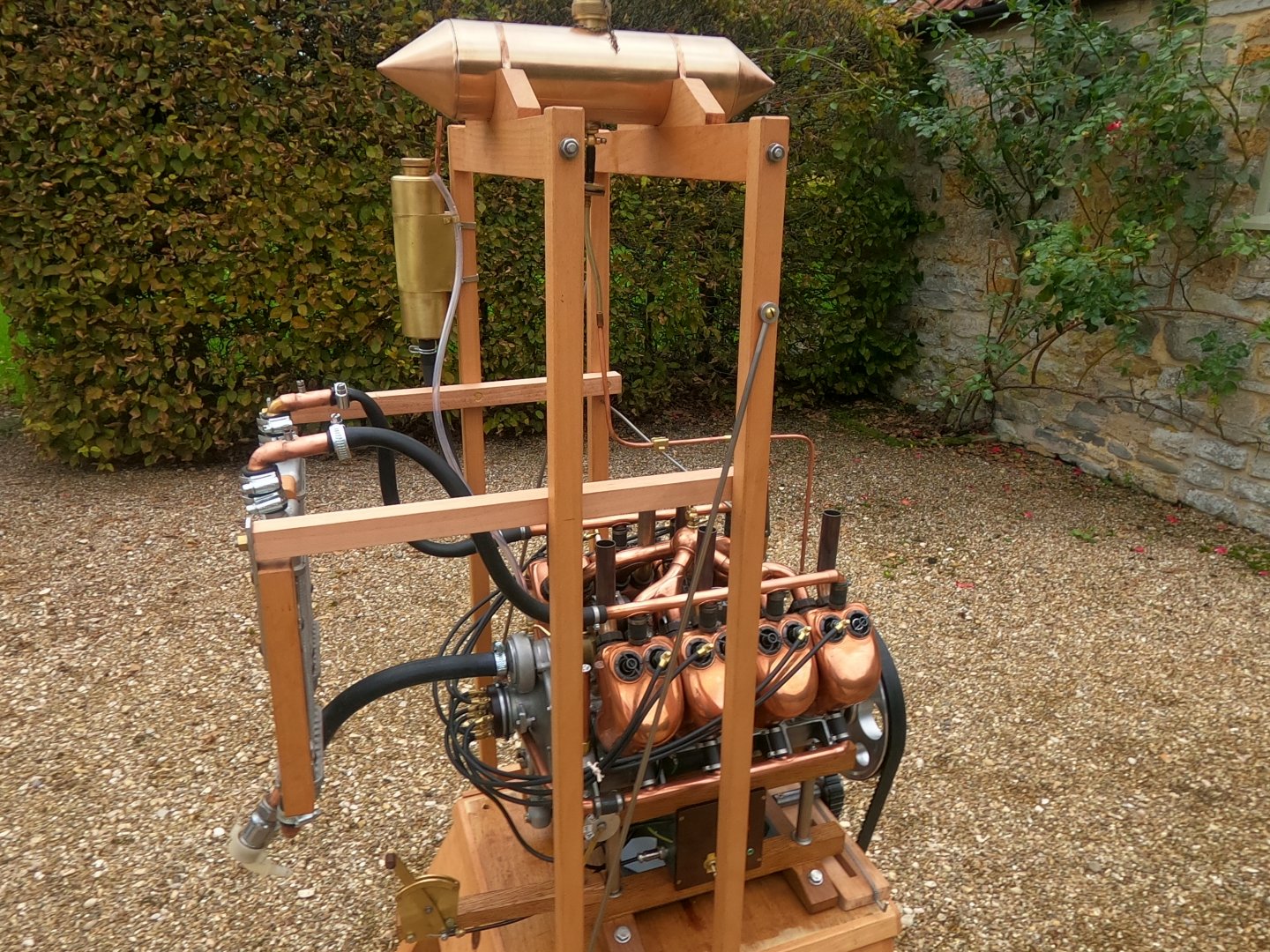 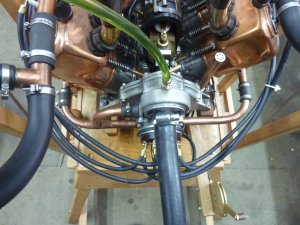 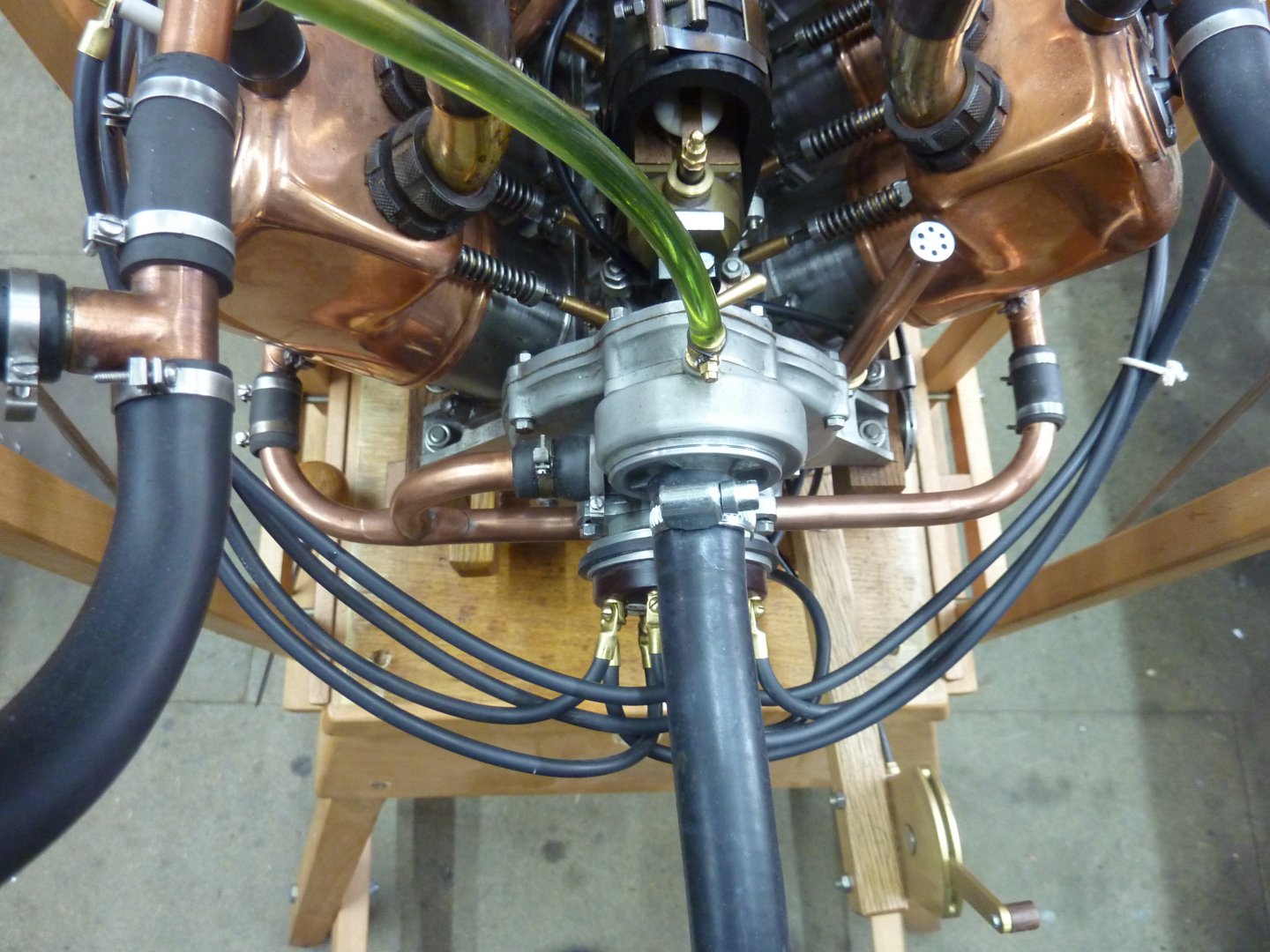 Oh, the sound is amazing! I love it.
W

should be better still with a prop as then I can open up a bit. Having anchored it to a tree first of course!
T

I think you should anchor it to an ultralight that can fly on five or ten horsepower, and then do the obvious!
P

I don't quite get the construction around the cylinders - can you elaborate?. First I assumed copper jacket like from formed sheet, but in your other picture everything looks a uniform metallic grey. Selective plating maybe? The intricate manifold fittings are just stunning.

All the copper you see apart from the coolant pipework was made by electroforming. This is a complicated procedure but in essence involves a heavy deposition of copper onto a substrate that is then removed to leave a shell. In this case I used a low melt alloy (mp 150 C) which was first cast into moulds. So the cylinders for example (the grey things you see in the photo) were supported in a plaster mould while the white metal was poured around them to a thickness of about 1/4". The various brass flanges were kept exposed. When cold, the casting with cylinder now trapped inside was smoothed all over and then plated in the usual way. I used some scrap copper sheet. This took about 2 days to build up to around 1/2mm. The plating bonds to those exposed flanges. Then it goes into the domestic oven (with approval) and the white metal flows out of one of the stubs that will become the coolant inlet/outlet.
In practice, the deposited thickness varies because you can't easily tumble the job in the plating bath - it's vital to keep acid away from all the steel parts like the bore and lower half of the cylinder. Once it's done that's it. You can't remove the copper without destroying it. The quality of the copper though is good, not like cast metal, more like fully hardened sheet.
The induction pipes were made in the same way but it was tricky to establish the right curves so they would all fit! There is no 'give' in the complete structure. The sphere above the carb started life as a ping-pong ball; these are very precisely made and happen to be exactly the right diameter for the job. I gilded it first to make it electro-conductive, then gently melted it out after plating.
This method was exactly how the ENV company did it and they claimed it was superior to fitting sleeves with rubber seals which would always leak eventually.
I was worried about the effect of hot coolant causing differential expansion between the copper and steel but............ so far so good!

I haven't found any useful info about the technique for engineers anywhere, although jewellers use it. If anyone fancies having a go however I am more than happy to advise in more detail. It's useful for sharp bends in thin walled pipe for example where rippling is unavoidable. The results can be silver soldered etc if needed.

Amazing result after many years of “trials and tribulations” Steven! So nice to see and hear a successful conclusion to all your hard work and innovative processes.
Through the incredible casting work on your Lynx and electroplating for the ENV you’ve set new and inspirational standards. Thank you and best wishes.
Charlie

Oh Man what a treat!! Super Nice!
Thank You for sharing it with us.
That was a lobor of love. Like being married!
Amazing!
J

Absolutely fantastic work. That is an inspiration on several levels.
Any chance you can share the specs? Bore, stroke, rod length, and cam timing chart?
Thanks,
John
W

Many thanks to all for such kind comments.
Bore & stroke are 52.5 x 55mm. Total capacity 950cc
Cams are simple tangential on a single shaft working side valves. Valve overlap is minimal and timings had to be worked out from scratch and typical of the period.
Interesting that many features of these engines became standard practice and yet the design was sent into obsolescence by the French rotaries that had no carbs, very primitive valve arrangements and in the case of the Monosoupape a most peculiar and inefficient cycle - all in the name of lightness. One notable thing about the ENV was the crankshaft ran in ball bearings - they thought this was the shape of things to come!
The carb was one of the very first aero designs by M.Baverey, the French engineer who invented it. He called it the Zenith. I got hold of a copy of his original sketches for it.
The original radiators were of course enormous and heavy being made mostly of copper tubing. Water leaks must have been a continual problem with no synthetic rubber for hoses, no modern O rings, etc. I use waterless coolant to prevent internal corrosion.
T

Wez1 said:
...
I haven't found any useful info about the technique for engineers anywhere, although jewellers use it.
...
Click to expand...

I worked for a company building infrared cameras. we used a part that was electroformed by plating copper onto an aluminum form and then dissolving the form with acid.

So it's certainly a known production process for making intricate shapes out of easily-plated metal like copper.

I'm not sure how expensive it is -- the IR camera that this gizmo was buried in sold for around $50000. We weren't a "cost is no object" shop, but we were certainly sometimes a "why are you making cost an obstacle?" shop.
You must log in or register to reply here.
Share:
Facebook Twitter Reddit Pinterest Tumblr WhatsApp Email Link