Having just finished an ED Baby, which with its tininess meant it wasn't that pleasant to build, especially when it ran but not well, I needed something I could enjoy building just for the fun of it.

So I set myself a challenge - build an engine in under a week and under 40 hours.

Well it went from blocks of round alloy for the crankcase and a piece of spring steel for the crankshaft (offcuts from auto swaybars wonderful steel but oh so hard to drill) to an engine that fired and ran in my hand on the 7th night, yes I will resist comparisons .... Took 35 hours by the way.

Today ran it in the test jig and it ran 9200 on a 9x4 wood, some 600 better than my original Owen Mate, and its still very tight so suspect it will pick up another 3-400 in time, so very happy with that. Bit of a contrast to the ED Baby !

The design simply splits the crankcase at the vertical line from the cylinder at the front and has a bolt on nose with a 19mm ball bearing at the conrod end and a plain bush the prop end. Almost the same as the Inline Twin I made.

David Owen always wanted to do something along these lines so I am calling it the Owen Mate MkII - and I think it is quite a handsome engine.

It handles beautifully, easy to start and responds well to compression, I haven't tried leaning it yet left it at 2.5 turns out.

One thing I was impressed with on the ED Baby was the use of a slitting saw to create the ports for inlet and exhaust, so used this method to make the exhausts. Having not done this except off a plan before - almost cut the top off the cylinder and the ports would cover over 300 degrees of arc compared to maybe 150 degrees in the original, so I hope the top doesn't break off in time. What happened was I kept looking to see the breakthrough but - the metal that was broken through didn't cutaway looking like it hadn't happened, thankfully I realised this at a point 2.9mm deep - 3mm and it would definitely have left it too weak. Having done one port this way made the others 2.8 deep but still its not much meat - and to make matters weaker the transfer port is in the middle of the inside - so time will tell.

As I said earlier ran it on the 8th day - well this morning and it behaved as good as I hoped.
here's a few pics and I'll try a short video.

The last photo added after posting - shows the small meat between exhaust ports ... at least the 4 caphead bolts help hold it together ( I hope) ! 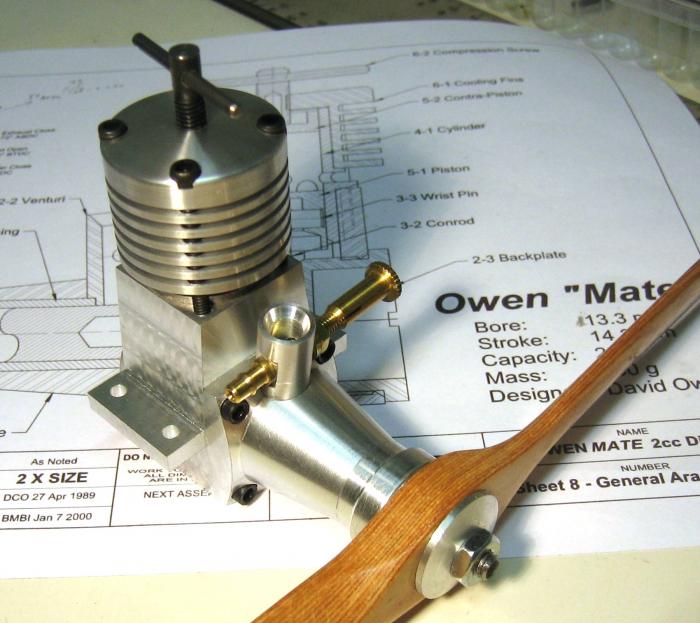 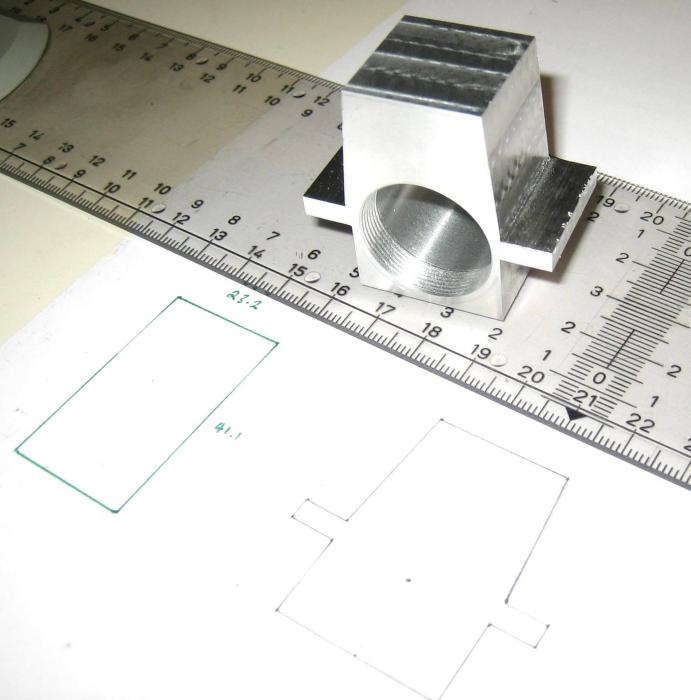 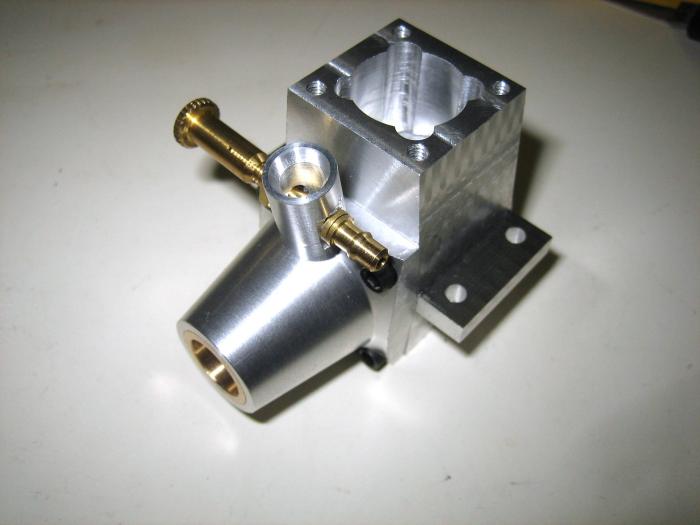 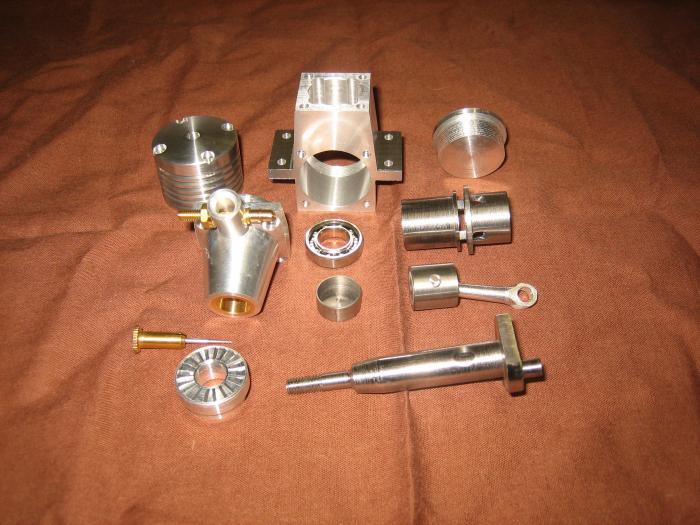 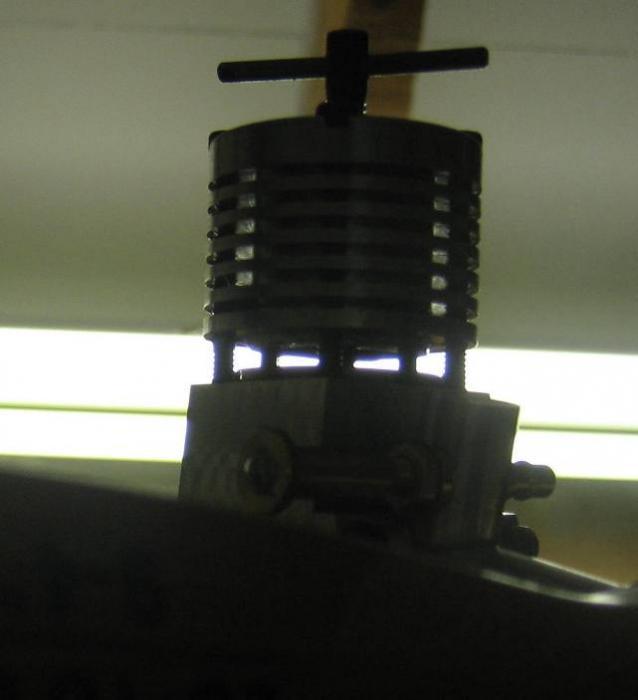 35 hours is not bad.
I would not have made the desiccions in that time.
Power is better than the original Owen Mate and may be due to the better crancase inlet timing.This was also the learning from Your 60 degree engine I think.
There was something fishy about that engine that a large crankcasevolume did no harm.
It will be the benefit of all mankind if You will make a backcrankcasecover with a moveable piston like a bicycle pump and then try to vary volume to find optimum.
The people behind the latest 125 Aprilia MC engine states that minimizing crankcase volume was the wrong thing to do on their engine.

Have had a chance now to run some back to back tests ... all with a Turnigy 9 x 4 wood prop. These are a very wide paddle blade almost type of prop - I think a nylon or glass/carbon fibre one would run more revs.

So it would appear by just opening the exhaust, and running a ball bearing on the inner end of the shaft, the MkII makes the same power as one a quarter capacity larger. Of course my piston to bore fits have improved with the more recent motors and that would account for a bit of the increase, but very happy with the results.

Just goes to show how good a design David has in the Owen Mate for the amateur builder, an engine that has very good power, easy handling and is a really nice engine to build.

Now to run an Olly on this prop and see what that turns up ! 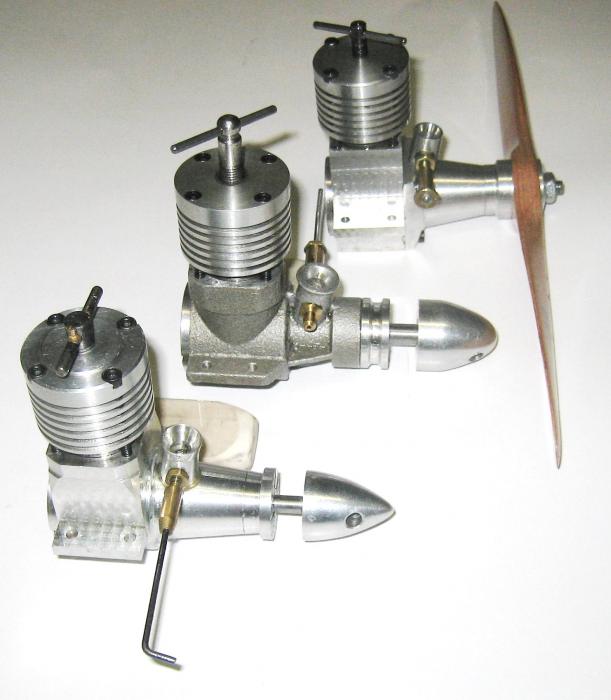 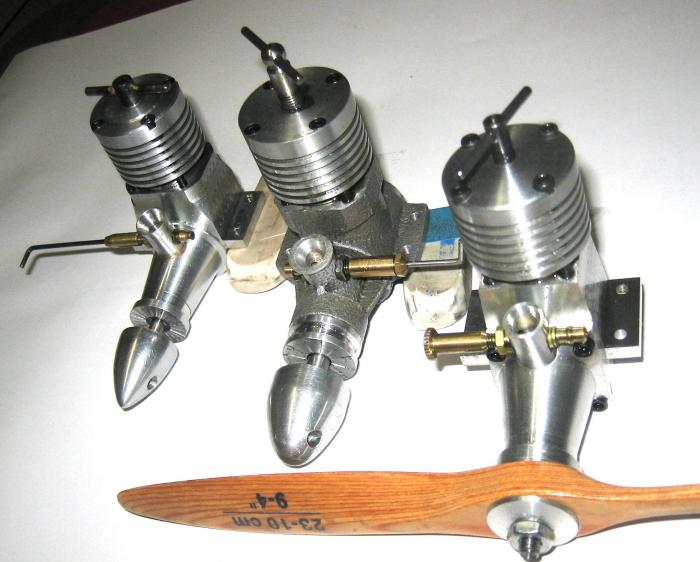 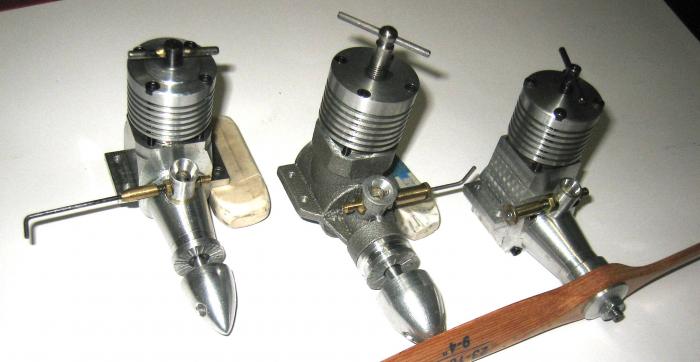 G'Day Ed,
Great work with the Mates. This engine was my first attempt at an aero engine.
It did take a lot longer than 35 hours though. I took it to David Owen when on a trip to the 'Gong & David cranked it to the max. & clocked it at 11,400 rpm with a 203 x 127 plastic prop. I was amazed that it held together.
Did you make the crankcase casting?
Regards,
Don. 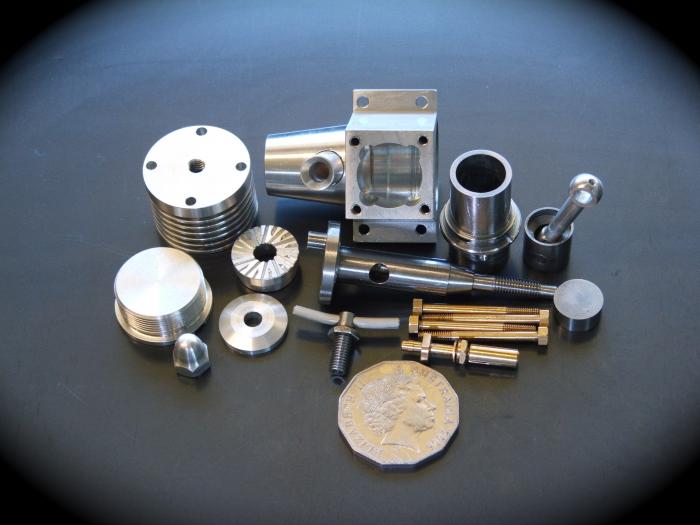 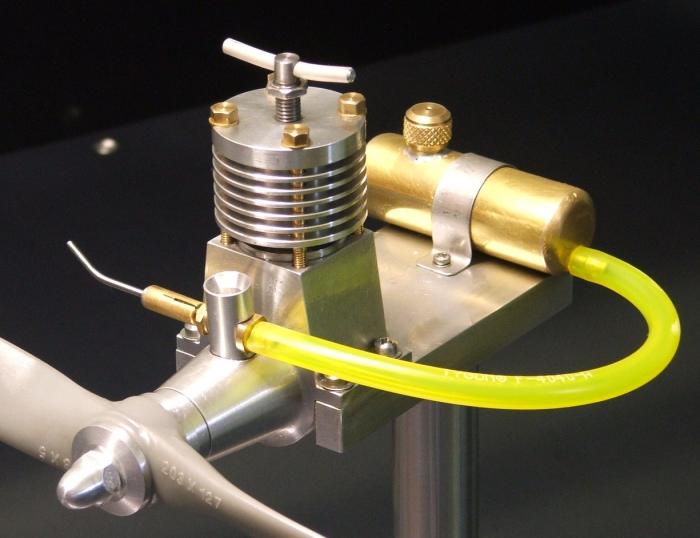 Absolutely beautiful work on your Mate and I see you hogged yours out of a solid lump too. You must have been very pleased to see it run to those revs.

For a first Aero engine, you certainly not only chose well, but did the design proud.

The casting was done by Camcast not far from home ... at Kirrawee, they have done a few castings now and they work out about $60 each including heat treatment and importantly I have found them to machine very nicely. I reckon saved about 15-20 hours of machining compared with the crankcase from solid.

G'Day Ed,
Thanks for the kind words re-my Mate.
Thought I'd post a few images of the Mate crankcase bring machined. I'd be interested in the methods that you used to machine your first Mate crankcase.

Setting the crankcase bore centre concentric with the aid of a wiggler.

Aligning the transfer port hole positions. Crankcase extension only roughed out at this stage.

Crankcase re-set to complete all turning operations on the crankshaft bore.

The Mate was an enjoyable exercise with the hardest part for me being, coming to grips with the fit required for the piston/bore. This took quite a while to achieve & the remake of a couple of pistons. Got there in the end thanks to a couple of emails to/from David Owen.
Regards,
Don.

Seeing it was my 2nd engine, ( of 12 now of which three with two cylinders) and I was all enthused and made quite a file on the build - it's attached here.

Would do the piston a lot different now, bring it down to 3 thou big and using finer grades of wet and dry bring it down to 2 or 3 tenths of a thou then trying it in a very as in extremely well lapped cylinder that has just a hint of taper in towards the top. (This can take up to 3 hours to achieve) The piston wet and dry is backed by a steel ruler or something completely flat - this way you can take just microns off with total roundness and zero barreling. Since doing this haven't thrown away a piston or a contra in last 3 or 4 engines built.

As you can see have a mill with digitals - makes life so much easier. Like you I made a screw in mandrel for the rear to hold the case to machine the nose.

I do love this design of David's it is quite powerful - I compared my latest one with a M Olly 2.5 Mk3 the other day. On a 9 x 4 prop the 2cc gave 9,500 and the Olly 25% bigger of course gave 11,200. Extrapolating that out if the Owen Mate was 2.5cc ie 25% bigger it would give 11875, but of course it's not that simple - but indications are that the OM modified with a ball bearing inside, and slitting saw exhausts, would be on a par with an Olly is quite remarkable for a home built engine.

You were very clever to use the lathe to make your transfer passages - the mill almost seems too easy by comparison. Ah, I think you have a mill on top ... like a mill lathe combo - would that be correct ... and if so you get terrific results - I am thinking of a 2nd lathe and have often considered one of these - you obviously get good results .. would appreciate your comments ...

Later ... looking at the .pdf again - would do a few things different now - would not tilt the head of the mill now - but use C5 collets to hold the cylinder laid over 45 deg in the vice. David put me on to these and they are remarkable things that have a multitude of uses, come in hex or square which allows 90 degree increments or 30 degree ones using the hex. Would drill gudgeon hole before parting off.

Oh, if the piston after parting is too big a simple mandrel of ally to fit tightly inside the piston will allow it to be made smaller using the ruler/wet&dry process - this way you really can make the piston a squeaky top of bore fit and the finish on the piston is mirror like. The cylinder hone I do before machining the ports - this stops the hone from making this region of the bore bigger on account of the less material there once the ports are created..