Hello,
I mentioned it in my presentation as a new member, here it is in more details.
The design is totally personal but uses solutions from WTengines, especially for the crankshaft.
I designed this engine under SW to equip a future Caudron CR714.
The advantage of this plane is that its engine is air cooled, so there is a large air intake in the cowling. The V is at 60°. One thing I regret is not to have tried to respect the ratios bore, stroke and length of connecting rod. 12 cylinders was too much for me.
The plane in question : 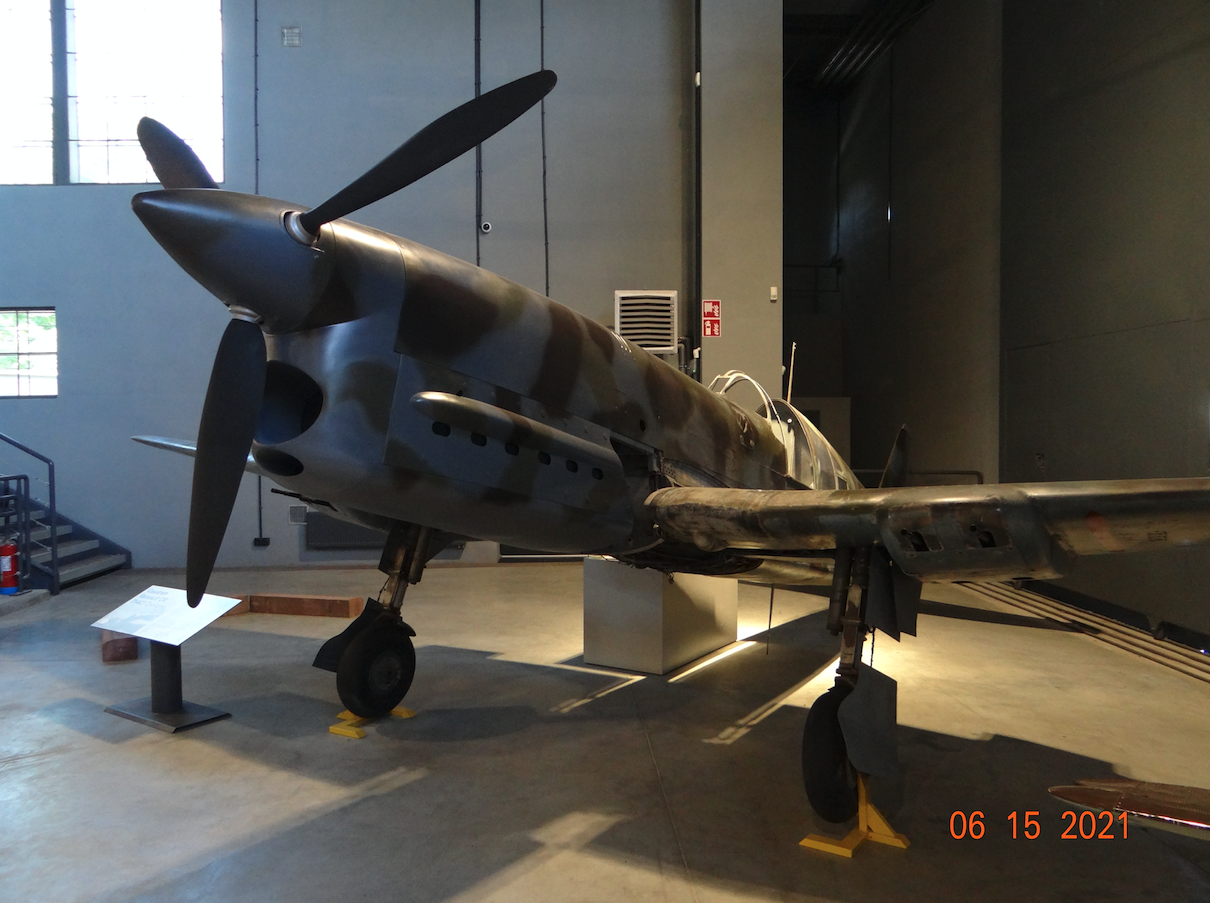 And my very freely inspired version : 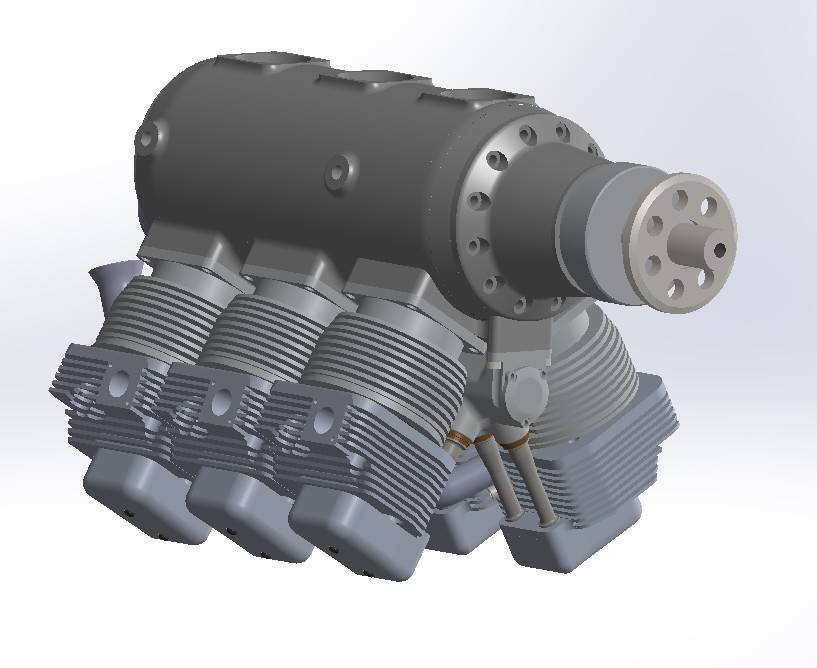 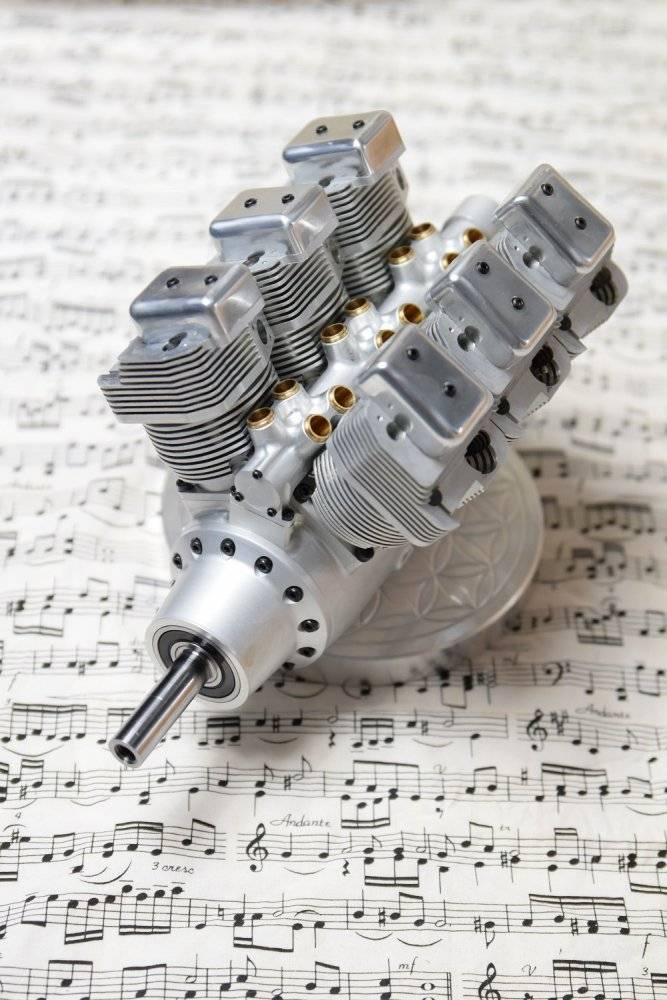 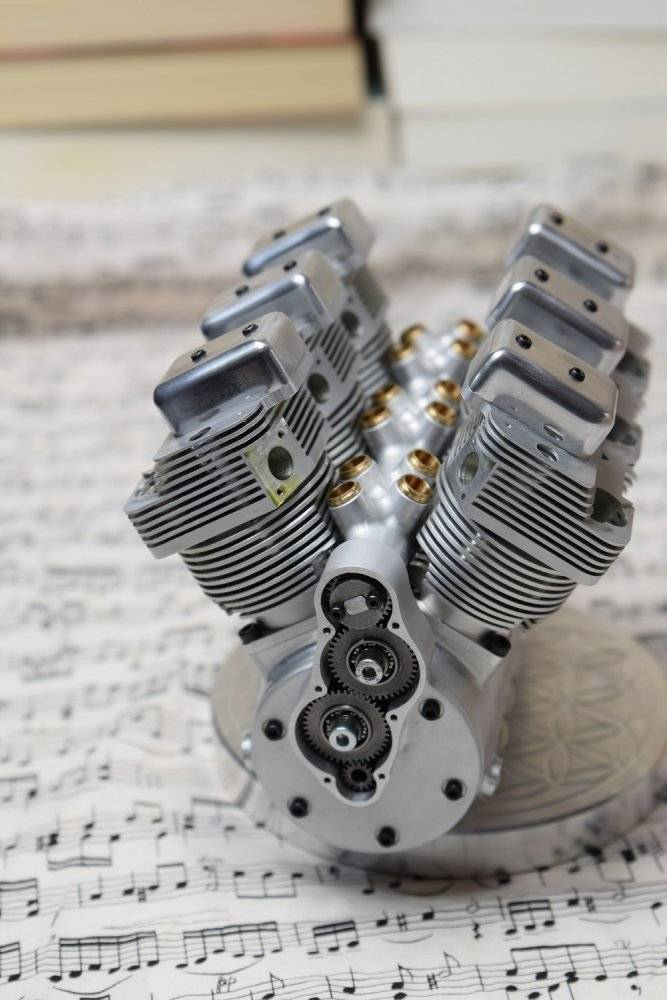 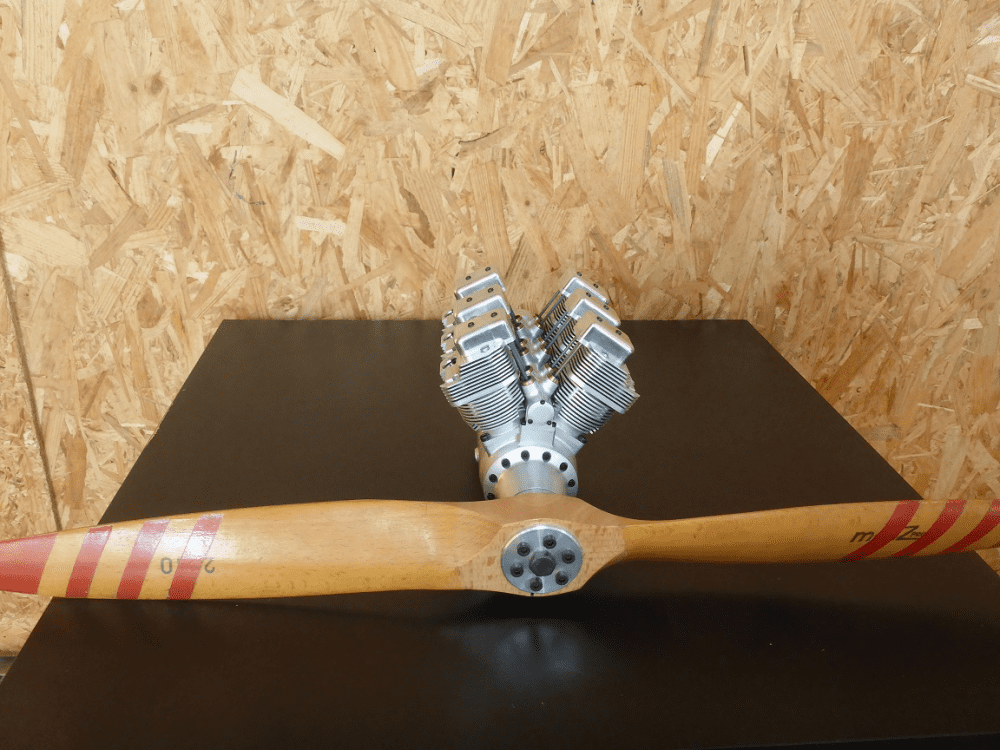 I read the post on carburetion of multi-cylinders. I'm confronted to this problem. For the intake pipe, I was inspired by the Merlin V12, but it only works well at idle.
As soon as I opened the throttle a bit, it was completely messed up and it was obvious that the cylinders were not all seeing the same amount of fuel.
I really wanted to avoid multiplying the number of carburetors for the ease of adjustment once the engine was under the hood. But the only solution I found that works properly is with two carburetors that spit into an empty box to distribute to all cylinders.
It's not as nice and still needs some finishing touches.
The working intake: 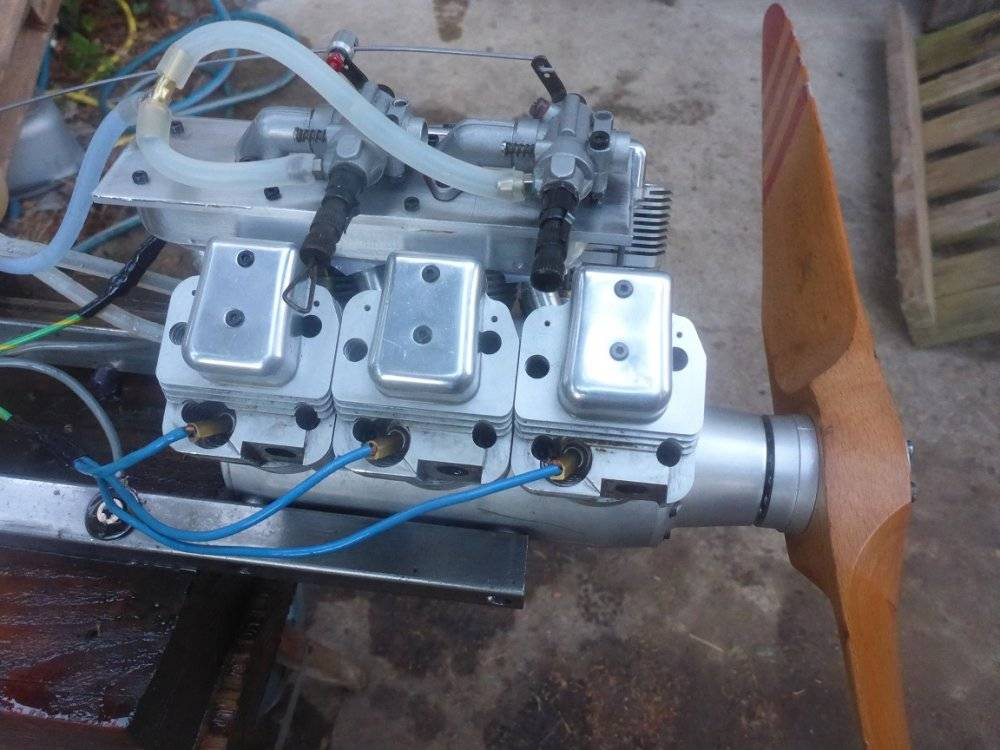 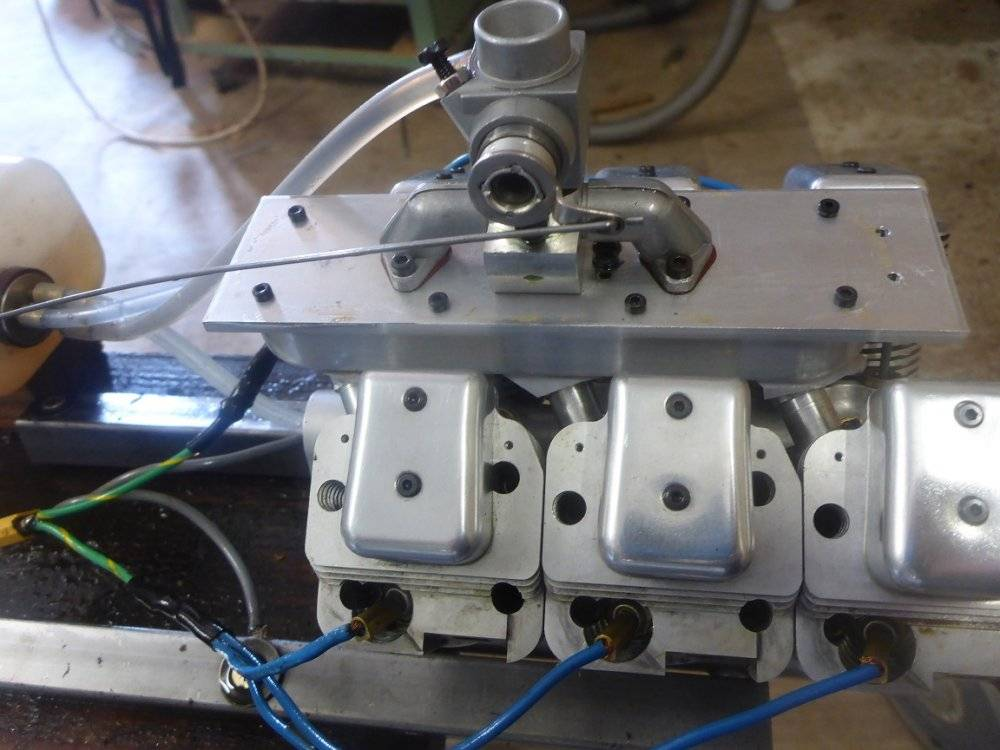 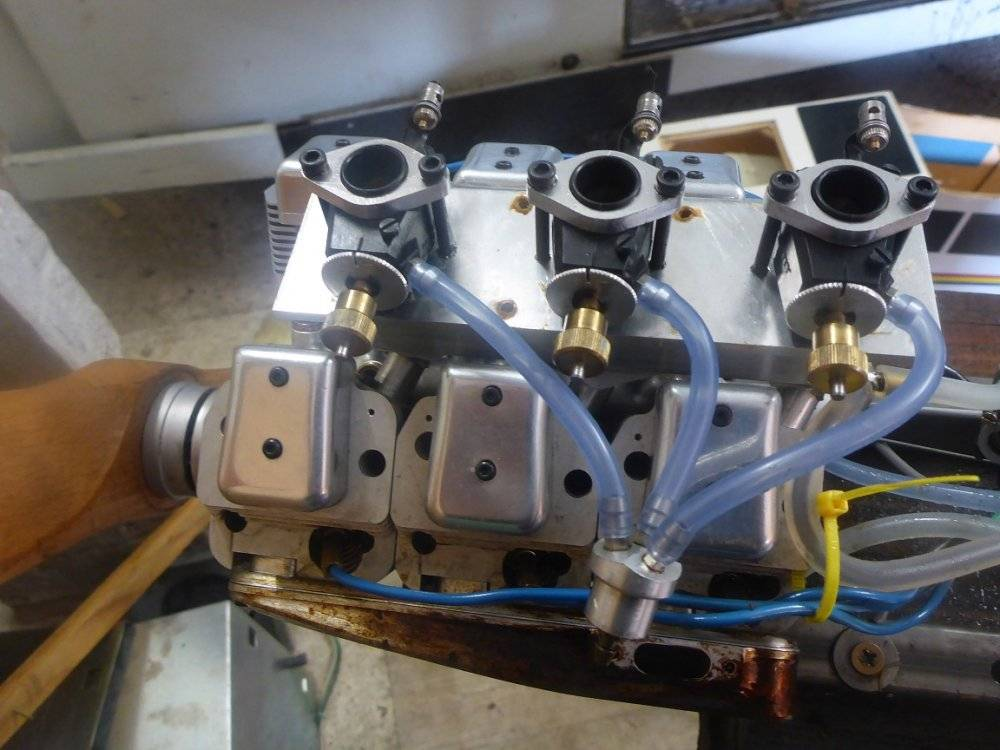 For this last test, the carbs were clearly much too big.

Some parts. I had started to make 2 of them. The second one is much less advanced because I wanted to make a different crankshaft for it. Finally, the second one may become a 4 or 6 cylinder flathead. 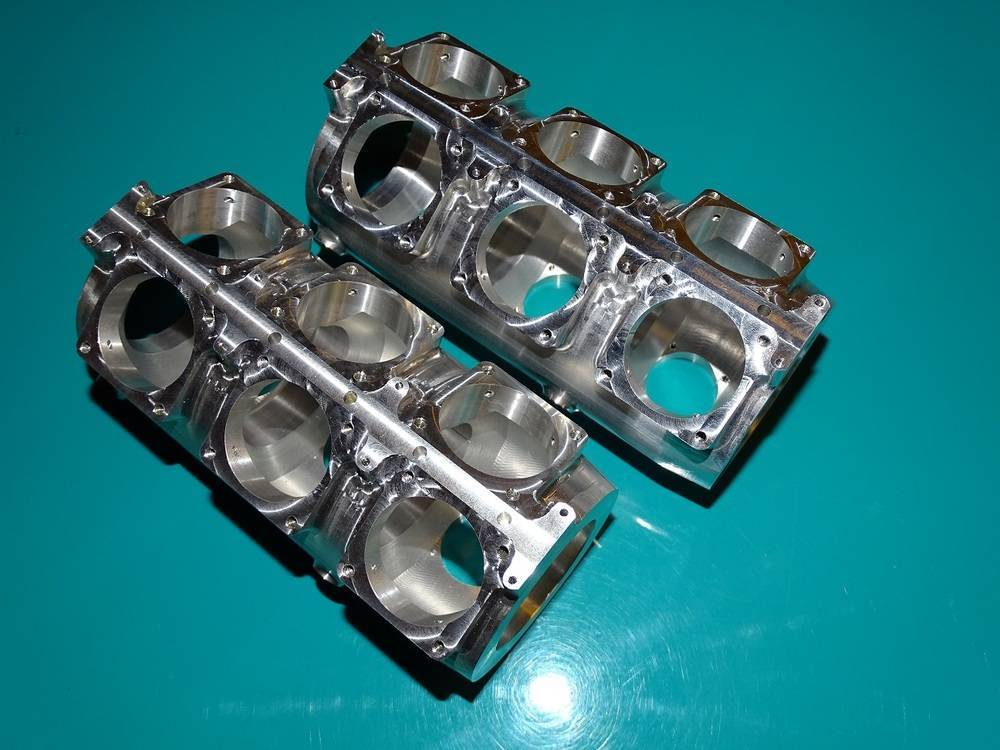 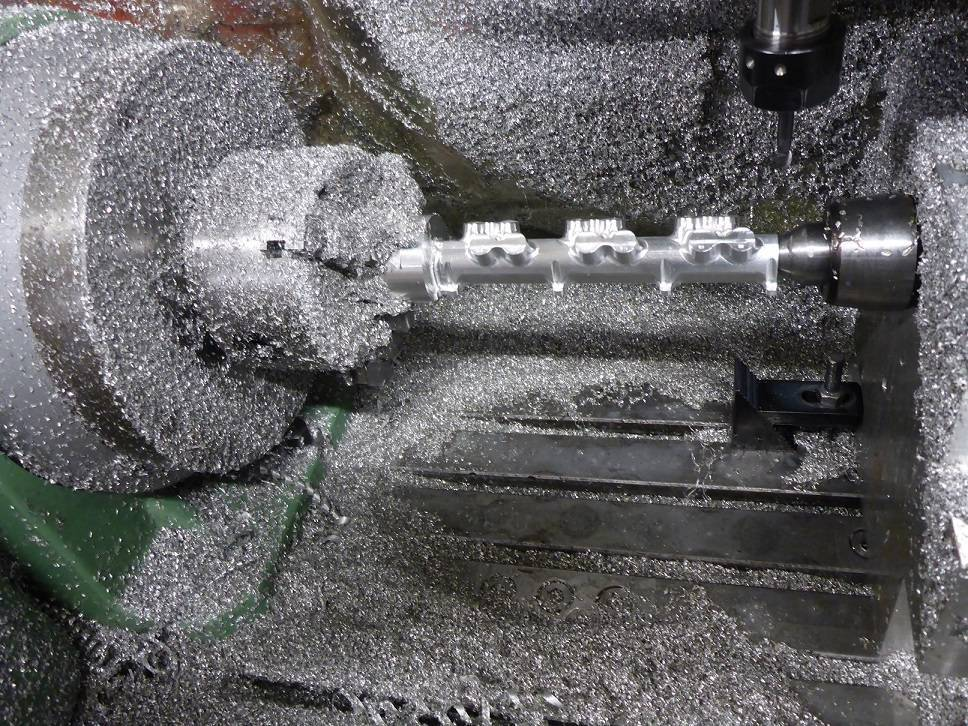 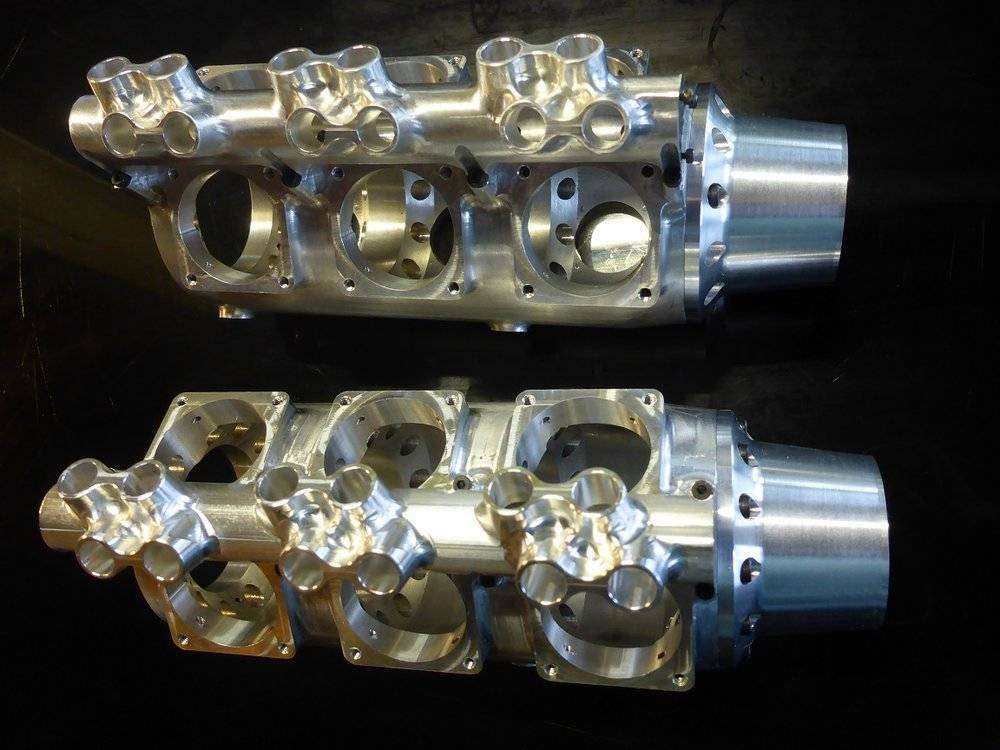 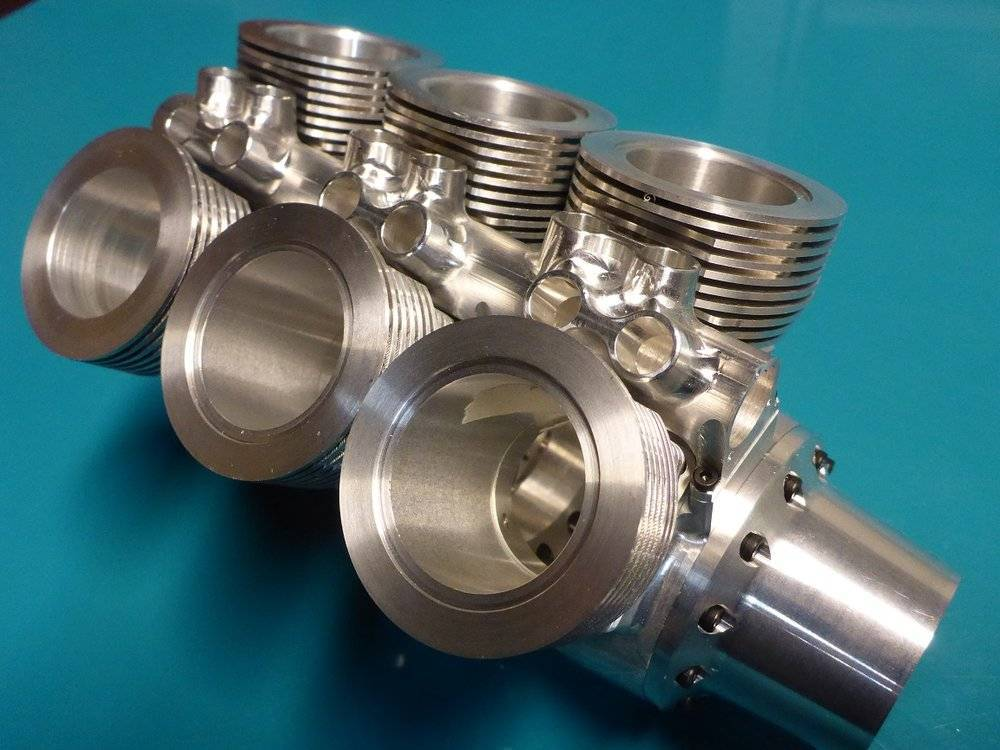 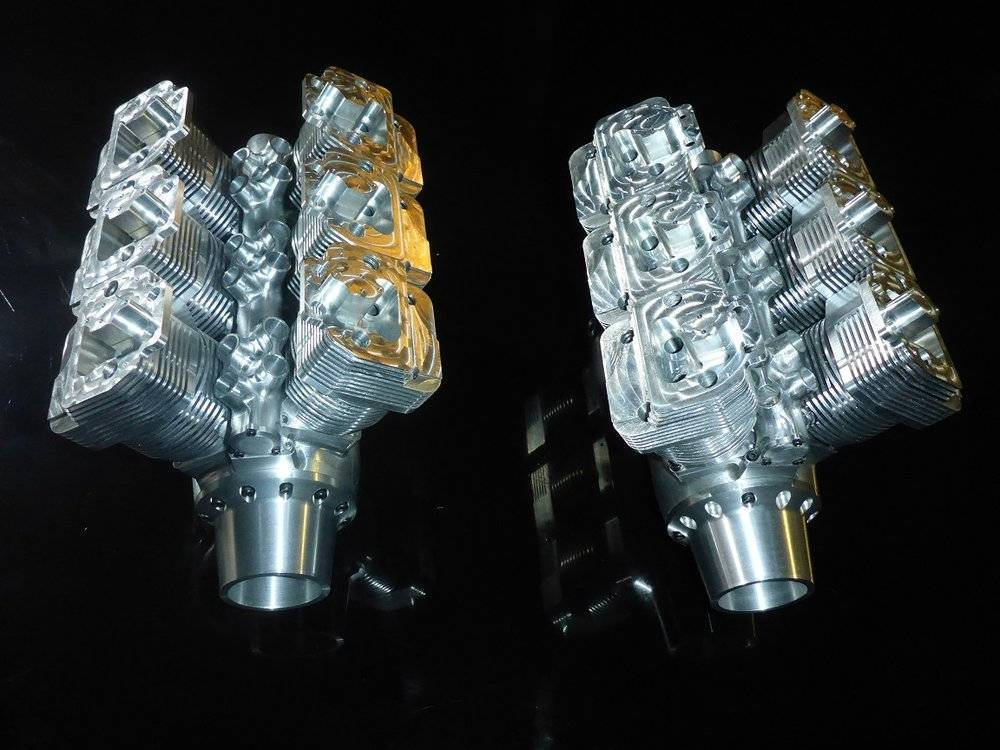 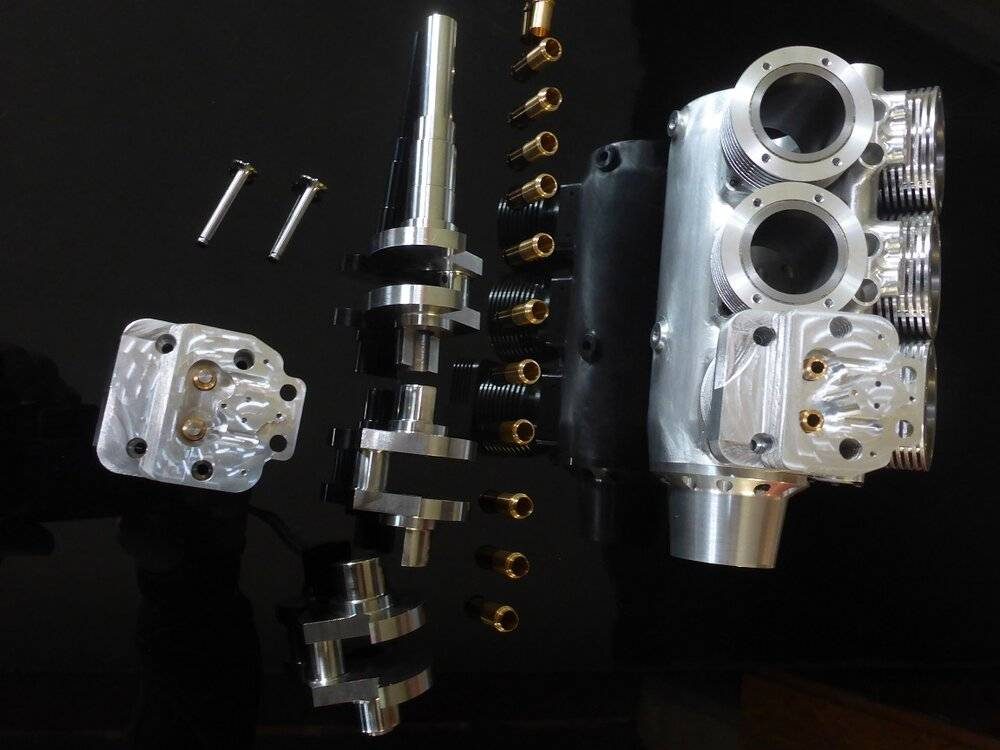 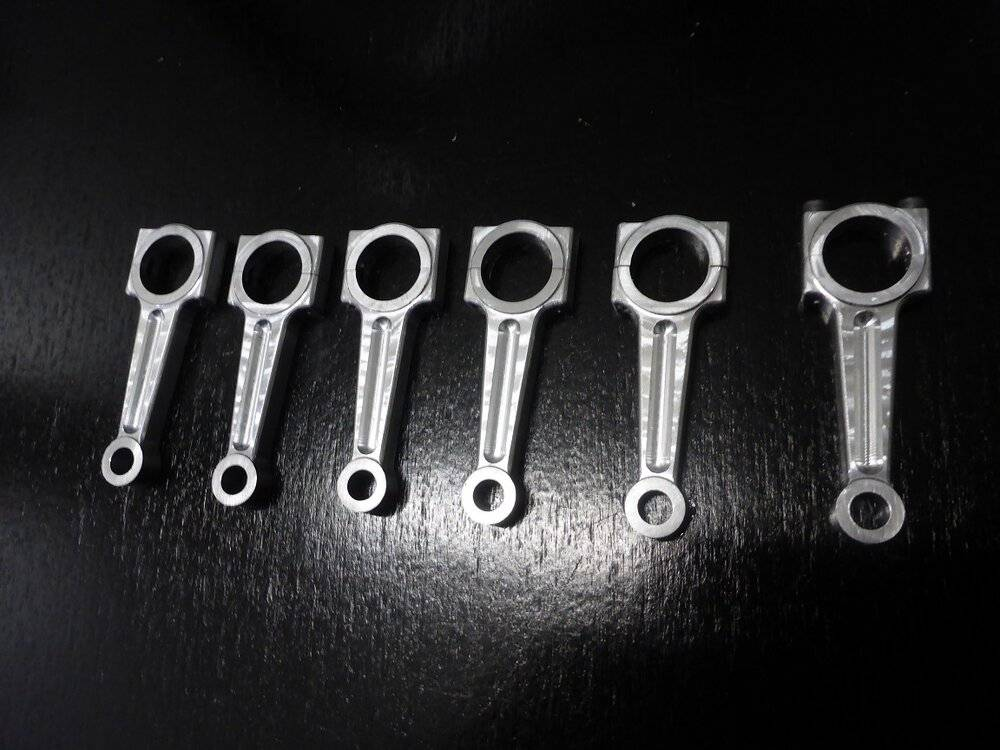 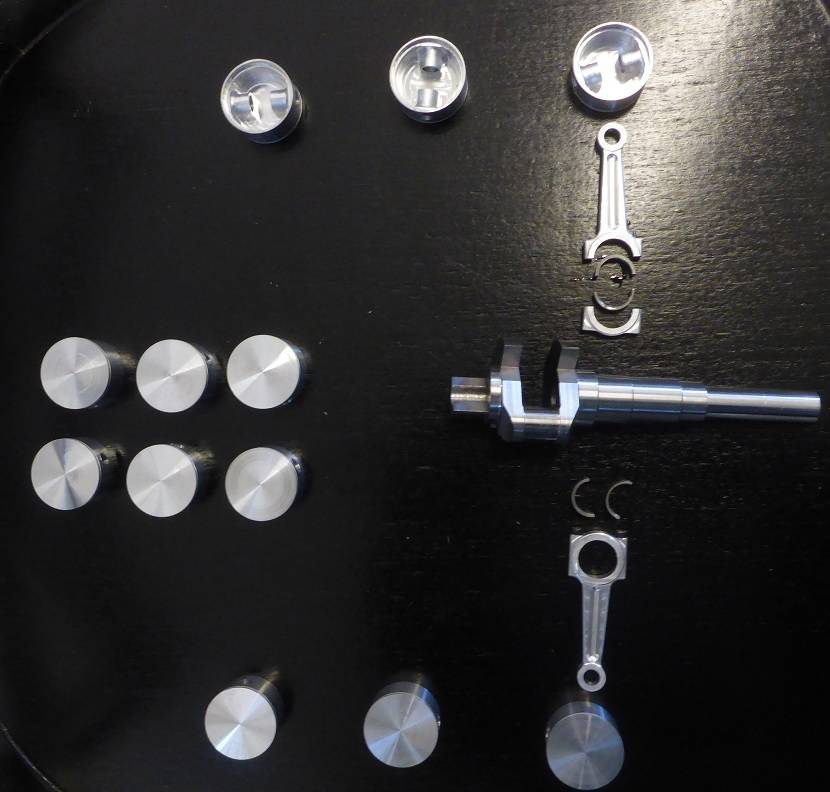 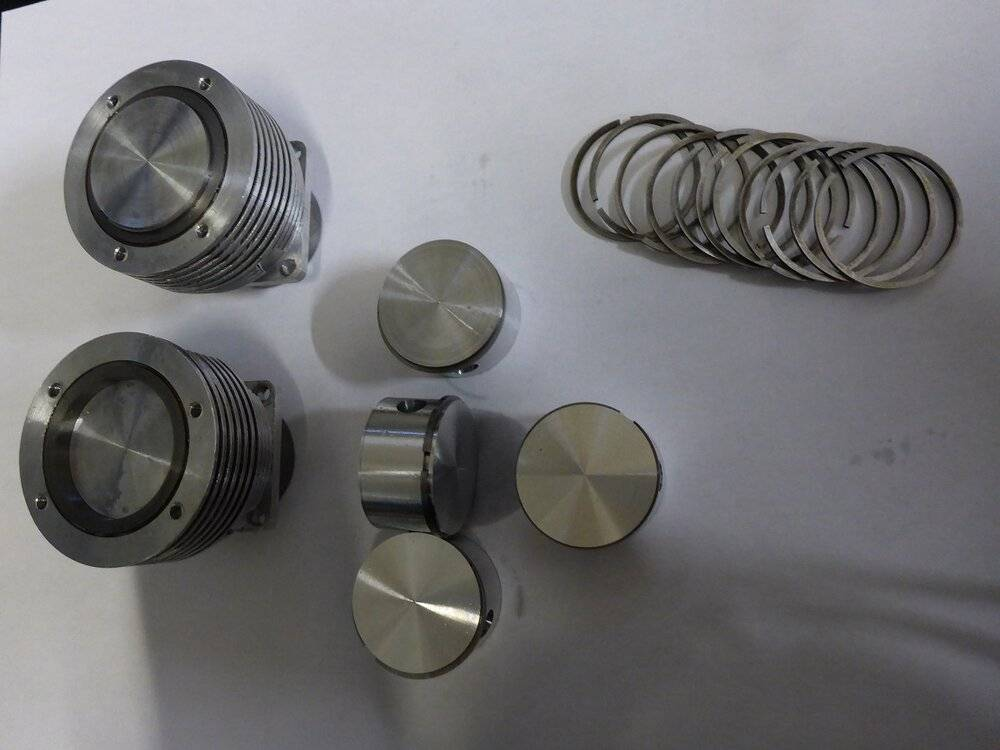 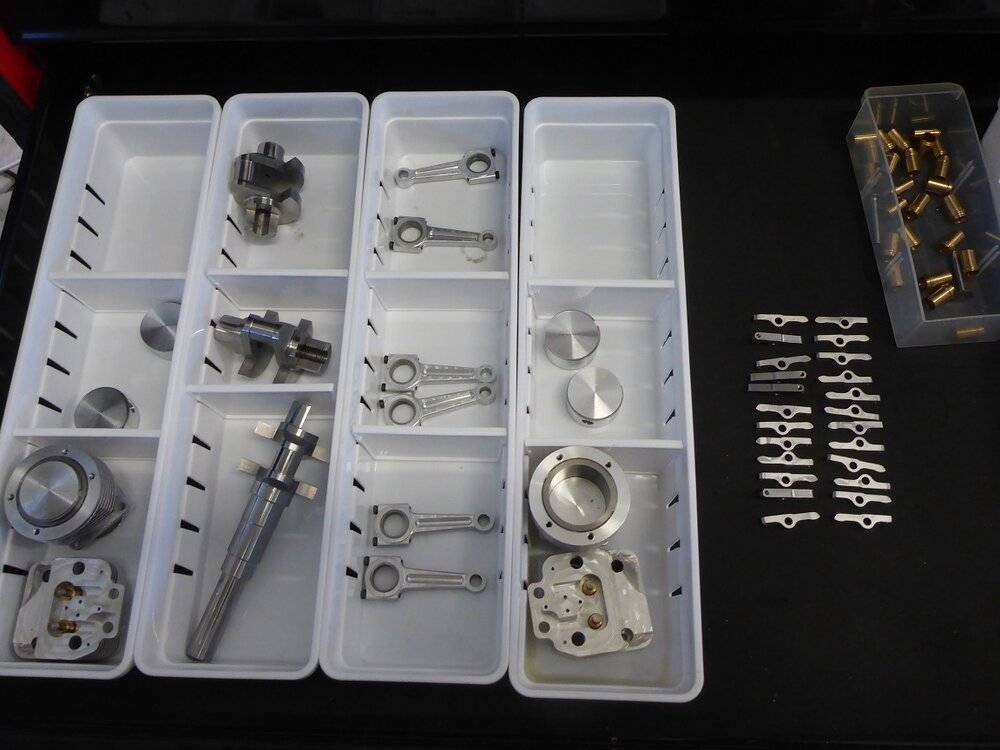 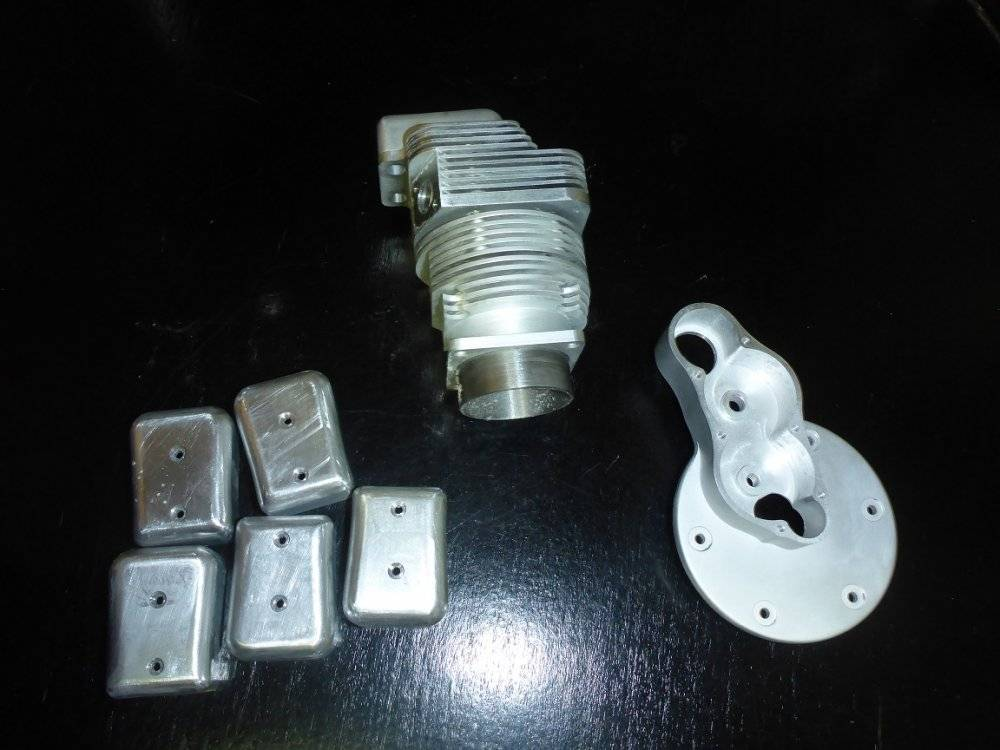 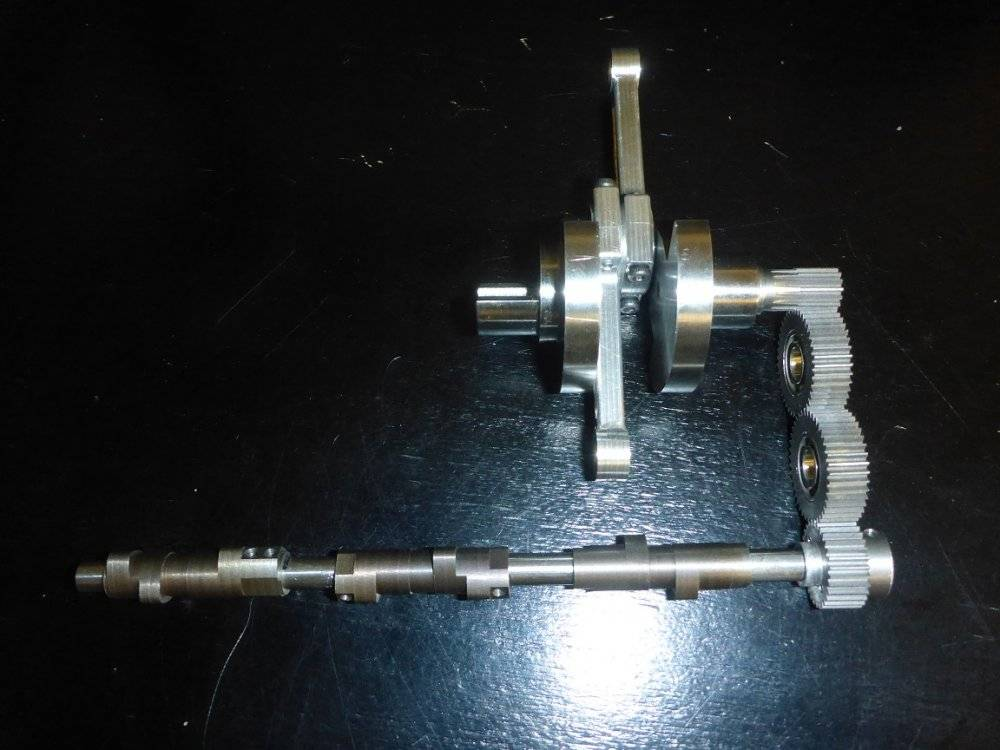 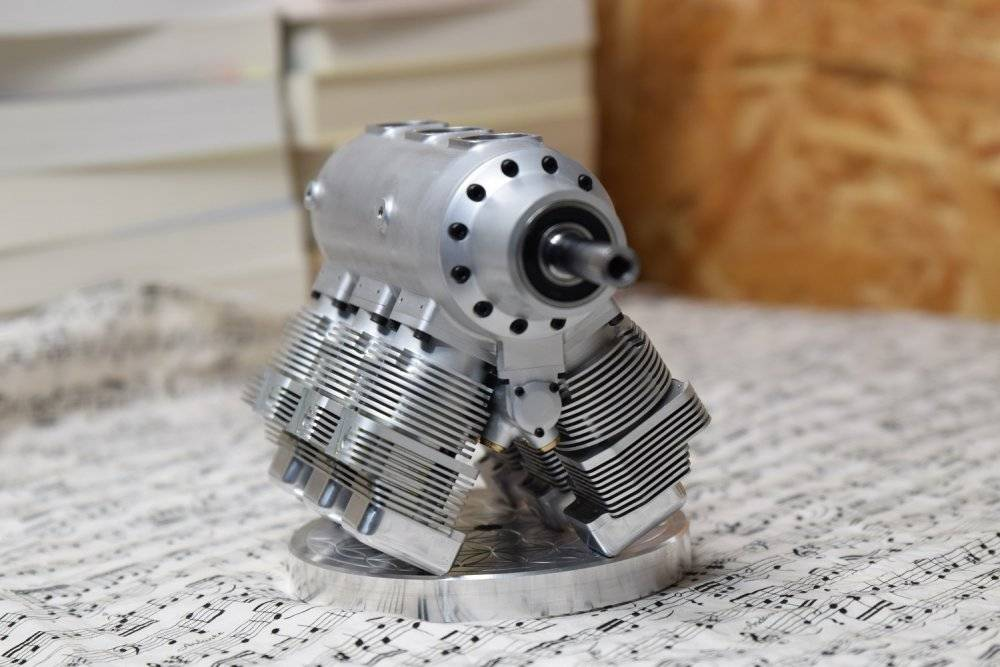 Now I'm waiting for the right moment to do a test flight with an easy plane that doesn't risk much.
The plane has a 2.50m wingspan. 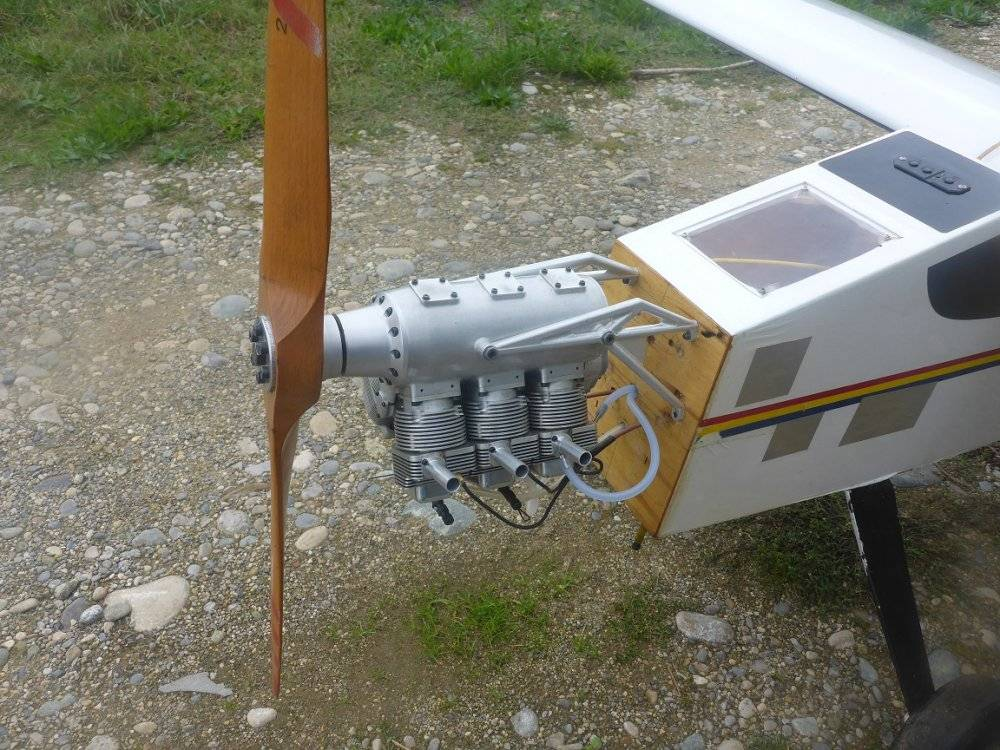 Beautiful work!
- is lubrication entirely pre-mix oil in nitromethane fuel?
- how are you powering the 6 glow plugs? The one video kind of looks like battery cells
- on your new crankshaft, are they split on centerline & captive within a bearing or something like that? 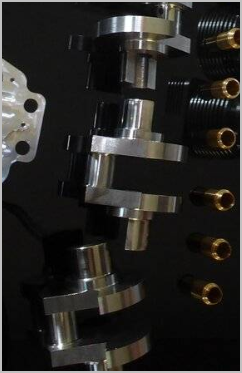 Thanks,
Yes, the fuel is methanol with 18% oil and the lubrication of the lower engine is only due to the leaks in the rings. The engine has already burned a lot of fuel for my carburetor tests and the connecting rods did not take any clearance.
For the glow plugs, I simply have a battery of 5 nimh cells in parallel. In the plane I have a servo and 2 switches : 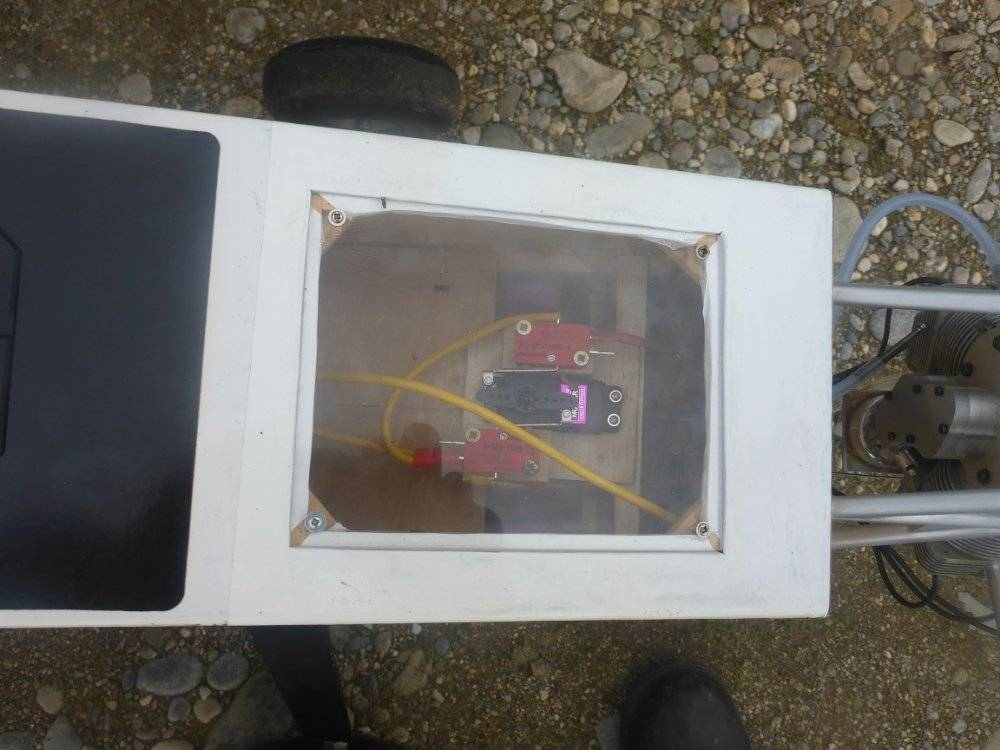 The 3 pieces of crankshaft are well assembled at the level of the intermediate bearings (between each cylinder) mounted tightly. This is the solution adopted byWTengines.

Marvelous and impressive!
You must log in or register to reply here.