Very nice building Pat!
For sure it will run perfectly. Good pictures.

Where can I find the plans for this engine?
Tks

natalefr said:
Where can I find the plans for this engine?
Tks
Click to expand...

Thanks for the words of encouragement, will hopefully keep up the momentum and get it finished very soon

Thanks for the words of encouragement, will hopefully keep up the momentum and get it finished very soon
Click to expand...

Looking good. Send me a picture for Reader's Engines when you get it running.
Mike Rehmus

I congratulate you on your progress and, it's especially inspiring to see how
you've handled the portions of the process that did not go as you'd expected. 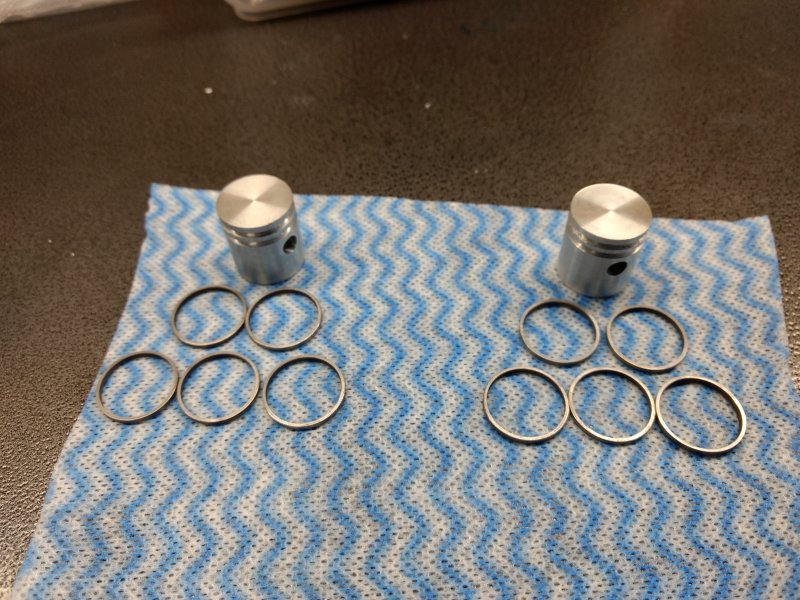 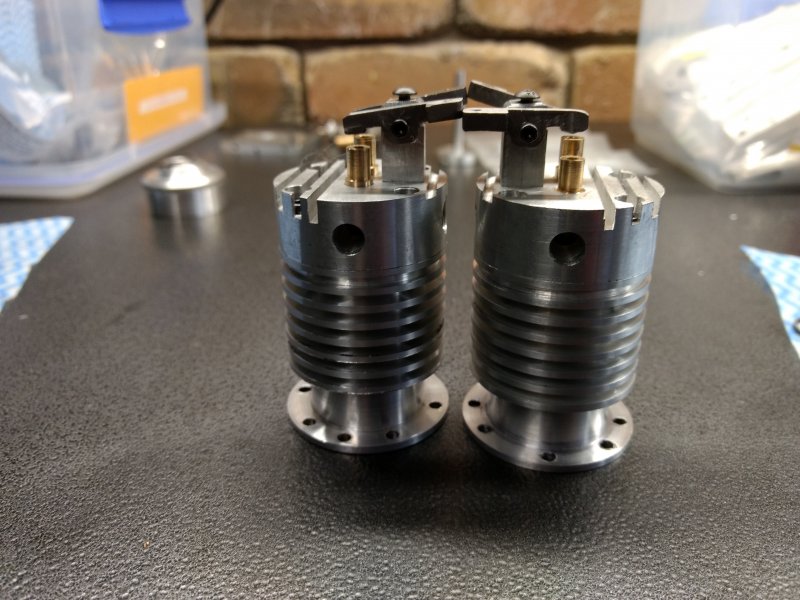 More work, the last bits are so slow fitting it all together,
Piston rings done
Valves all fitted to heads and looks like a good seal after chamfering the seats.
Metal parts sprayed with high temperature paint, hopefully it will last 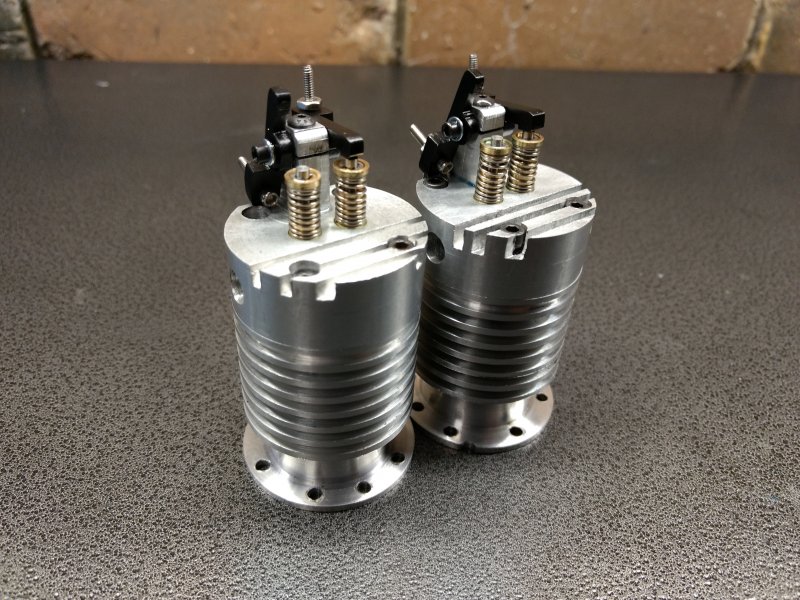 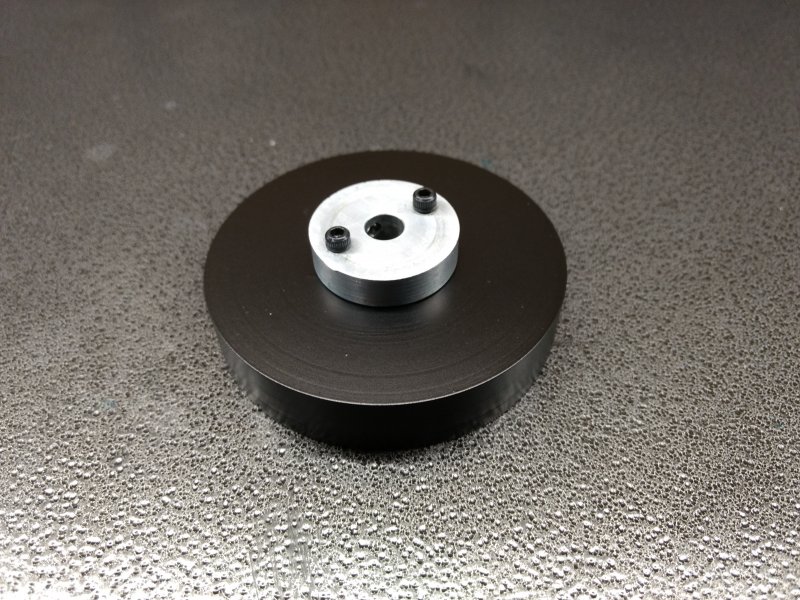 Couldn't help myself, started putting it together, had put the sides on incorrectly so now have to re position the cam lobes again, but at least now it looks like an engine. 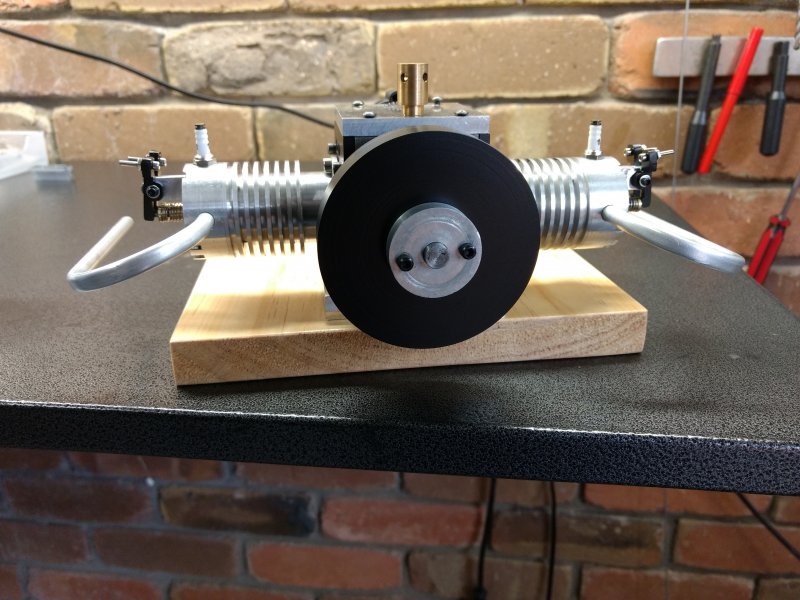 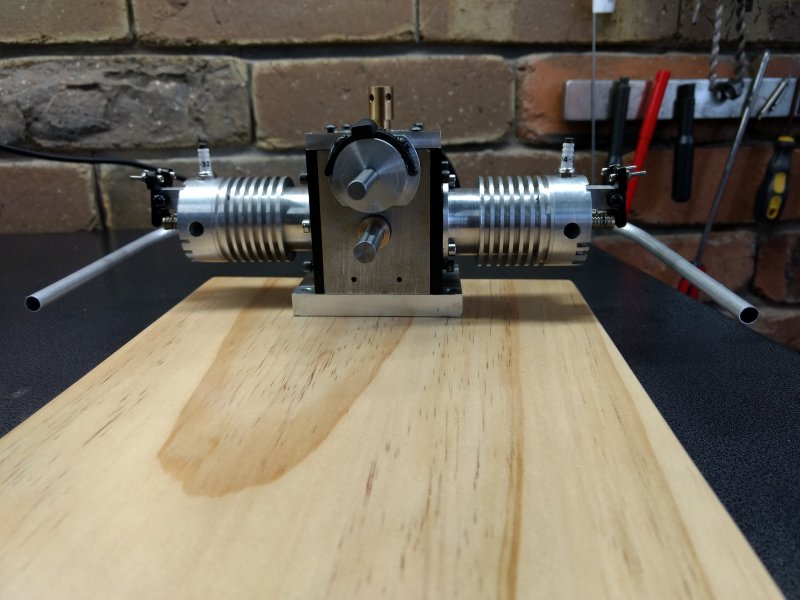 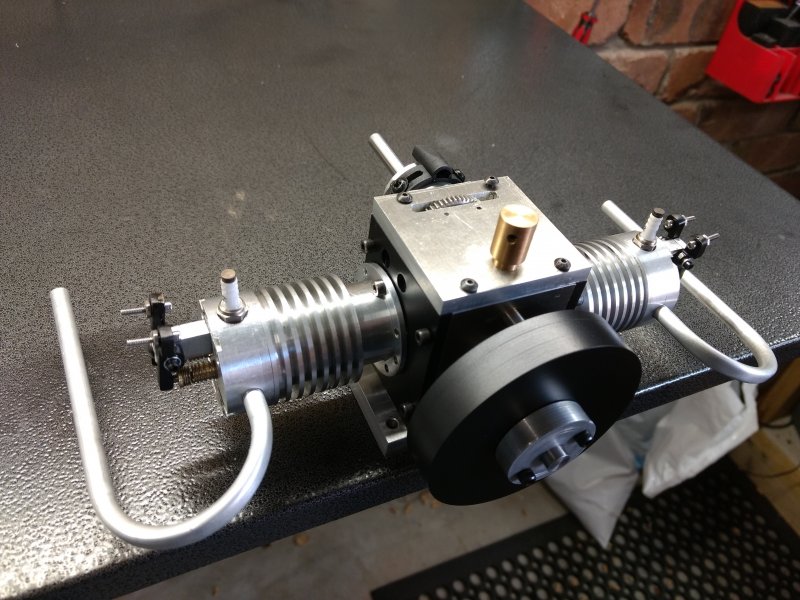 That is very nice !

raspii said:
New Crank Shaft, the original one i did isn't quite straight which is a little bit of an issue. Have taken my time with this one and trammed the mill very well before i started. So far so good.View attachment 101720

Also glued in spacers to keep it square while the loctite dried, will check it's straight again, and then loctite pin it all together before tapping off the super glued supports.View attachment 101721
Click to expand...

Good work on the Upshur.
Suggestion: When you make your next built-up crankshaft, use a full-length main shaft which will automatically keep everything aligned. When everything is Loctited and pinned, then you cut out the sections of the shaft between the cheeks of the throws. Straight-sided pins are usually not a good fit. Use tapered pins which will guarantee a tight fit. Yup, they are more expensive and you need a tapered pin reamer but the results are much stronger.
Good looking engine!
Mike Rehmus
Editor
Model Engine Builder magazine.
K

editor123 said:
Good work on the Upshur.
Suggestion: When you make your next built-up crankshaft, use a full-length main shaft which will automatically keep everything aligned. When everything is Loctited and pinned, then you cut out the sections of the shaft between the cheeks of the throws. Straight-sided pins are usually not a good fit. Use tapered pins which will guarantee a tight fit. Yup, they are more expensive and you need a tapered pin reamer but the results are much stronger.
Good looking engine!
Mike Rehmus
Editor
Model Engine Builder magazine.
Click to expand...

Will keep it in mind for the next one

You have done very nice work and I really congratulate you on that!
I am just an admiring observer of you folks, who are a combination
of mathematician-engineer, sculptor, and mechanic I suppose.
Bravo! 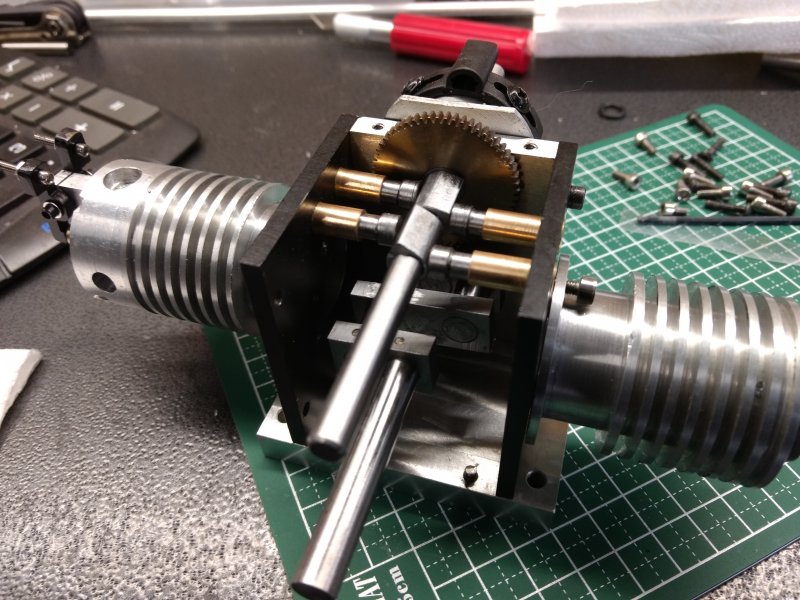 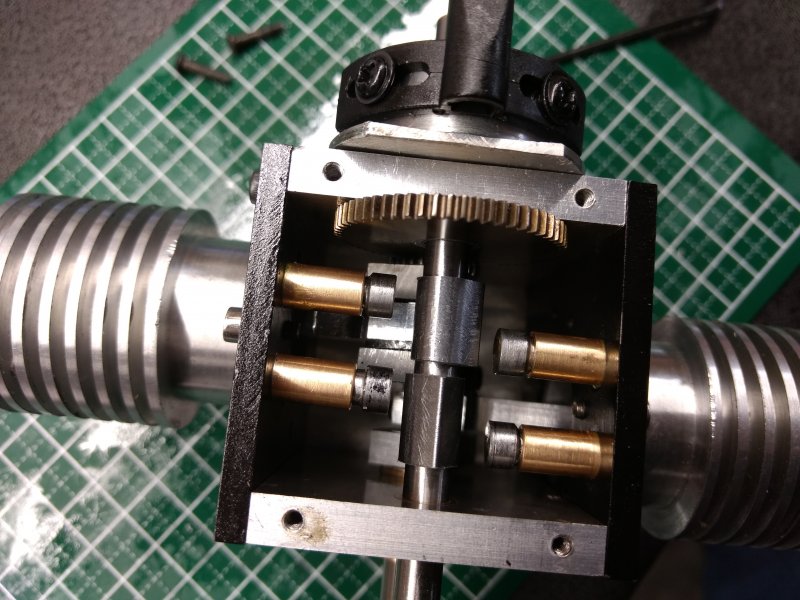 We are now getting down to the business end and all the glue (loctite 620) now drying for hopefully the last time on the cam gear before I can do the final assembly. Electrics were all done today, hopefully in the next two weeks i'll have a video, (If all goes to plan.......)

Here is the story of my Upshur twin so far, this is my first full construction of an engine and massive learning curve all rolled into one. I'm sure along the way as i tell the story you will be rubbing your head saying "no Pat, not that way" and then hopefully by the end of it i will be doing it the correct way. If not i'm open to any suggestions please

The plans were sourced from my favourite publication model engine builder magazine out of issues 7 and 8. The only head scratcher i have had with the plans is changing from imperial to metric, but other than that so far it has been smooth sailing.

My tooling of choice is a Sieg C2 lathe which i have had for about 12 years now, and a Sieg X2 mill which i have had for two years now. When i started this engine i had just purchased the mill and had watched a lot of video's, but only had the pleasure of working with a mill once before. So it was a steep learning curve and lots of 'practicing" before i could get stuff right. I also recently fitted some basic DRO's onto the mill to assist which cost me just over $100AUD

Attached is the picture of my current setup, sorry for the mess as i was not intending for anyone else to see this pictures, I had taken this picture after installing a basic extraction system which is currently folded down for both the lathe and mill, but i fold them both up and only fold down what i need, when i need it. This was being used when i was cutting steels that were very smoky, originally i have been using things like WD40 and similar products, while recently i have changed to using a water based cutting fluid which is a lot nicer to work with and a lot less smelly and smoky. (Ahh if only i had known back then what i know now....)

Funny, I just finished setting up my shop after having to leave my old machines behind in America when I moved to the UK. I chose the Axminster versions of both the Seig C2 & X2 combnation for my twomain pieces of equipment. Here is an image of mine, which is located in my all glass conservatory(wonderful during daylight).

I have been researching liquid coolant systems for the last couple of weeks, trying to make up my mind if I really need to go that far. When I was a working engineer they were required, but for the small amounts of metal I take per cut in these tiny machines, I have to question if it is worth the investment.

Please tell me, about all the splash over you get when running your machies? Is it easily managable? If so how have you gone about it? Do you have a single resivoir and pump with common plumbing, or did you use two stand alone systems? Which system(s) did you choose?

Thank you for sharing this info,
Jenny