This time my new Thread goes about the restauration of a Nova 1 (4,5 cc) model diesel engine.
I became this engine as a gift from an old friend of mine several years ago.
The engine was put into a karton box in bits and pieces.First i had to look after what exactly was in the box.Conclusion after this was that several smaller parts were missing like the ventury inlet tube,the needle and the spraybar assy,The Compression lever,all the gaskets were gone,even so their were no mounting screws and also no propdriver and special propnut old style., to put all the parts together to mention a number of things.
I hope that yu will like my new thread when i am starting with.

For some reason i did n`t succeed in posting the pictures as well.
I hope that this time more lucky and i hope you like the photo`s

Hallo Model Engine Friends,
The engine i try to restore is a longstroke Model Diesel Engine the "Nova 1 4,5 cc" .There must be made a mistake somewere so i hope that everybody now knows that this tread goes about the "Nova 1" (4,5 cc) model diesel engine instead of a mentioned Norvel 1 engine.

Many greetings from modelmotor-Gerard-Didam-The Netherlands. 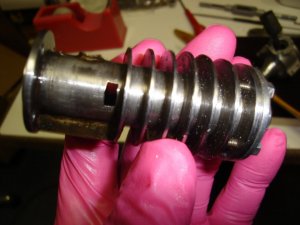 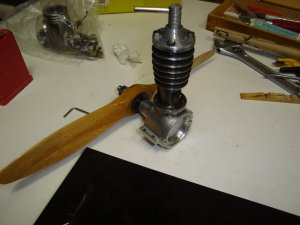 I think most viewers don't speak Dutch so maybe you should write your posts in English like you did before.

If the engine runs maybe you can post a video? Just beware of backfire, 4,5 cc is quite large for a model diesel aero engine. In my younger days ( long time ago) I was control line flying with 2,5 cc diesels and they gave me some nasty kicks when starting.....

Hello Jos,
Indeed better in English ,but my natural language should be spoken when visiting dutch forums.Most viewers wan't speak Dutch of course.
My Nova 1 engine is a sample engine not one of a range.
I received this engine in parts so not a ready build engine.There were several parts missing like the ventury tube,the needle spraybar assy,the gaskets all the screws anice copper/bras fueltank,the tommy bar screw to make the adjustments with so the engine starts easily.This type of engine does n't make many revs so you can count now and then the rotations from the propellor.This engine was from a gentleman living in Wales.He gave this engine away in parts to let it get a complete overhaul.So there's work to do and i am not in a haste because i already have his engine for several years now.So the engine did n't interest me much,but you see times can change.
I will cerainly run the engine howeverthe former owner and probably builder has ran it several times .The Piston,The Cilinderhead and through the whole engine there are the combustion signs of an heavily used model engine.I will let that lacker built up for what it is.Backfire i know what it is it already hearts when starting a small diesel engine and it can be very painfull indeed.You can see some of my self made model diesel engines they run stationaire of course.You must go to www.youtube.com and the you type in Gerard1modelengine then you can see 2 engines running for 2 1/2 hours.The biggest engine has a cilinder displacementof 4,4 cc so i often had some finger bleeding cuts.I do have had several model planes for control line flying only were i live it's rather complecated to fly control line.I have kept my diesel engines many of them are in good order or nearly new ones.
It's a pitty,but things like Free Flight Power,Control Line are impossible because the noise and the fact that it's too dangerous to fly in or nearby living erea.
I wish you many nice hours of modelling and engine building.
many greetings from Gerard.

This brings back memories, I got my first model engine from a schoolfriend back in 1967. It was a E.D. of about 1 cc. There were parts missing, the cylinder head with tommybar, intake disc, carburettor and tank.I ordered them from the Suls company, a name familiar to older Dutch modelers.I got it running - eventually - but the piston was rather worn. 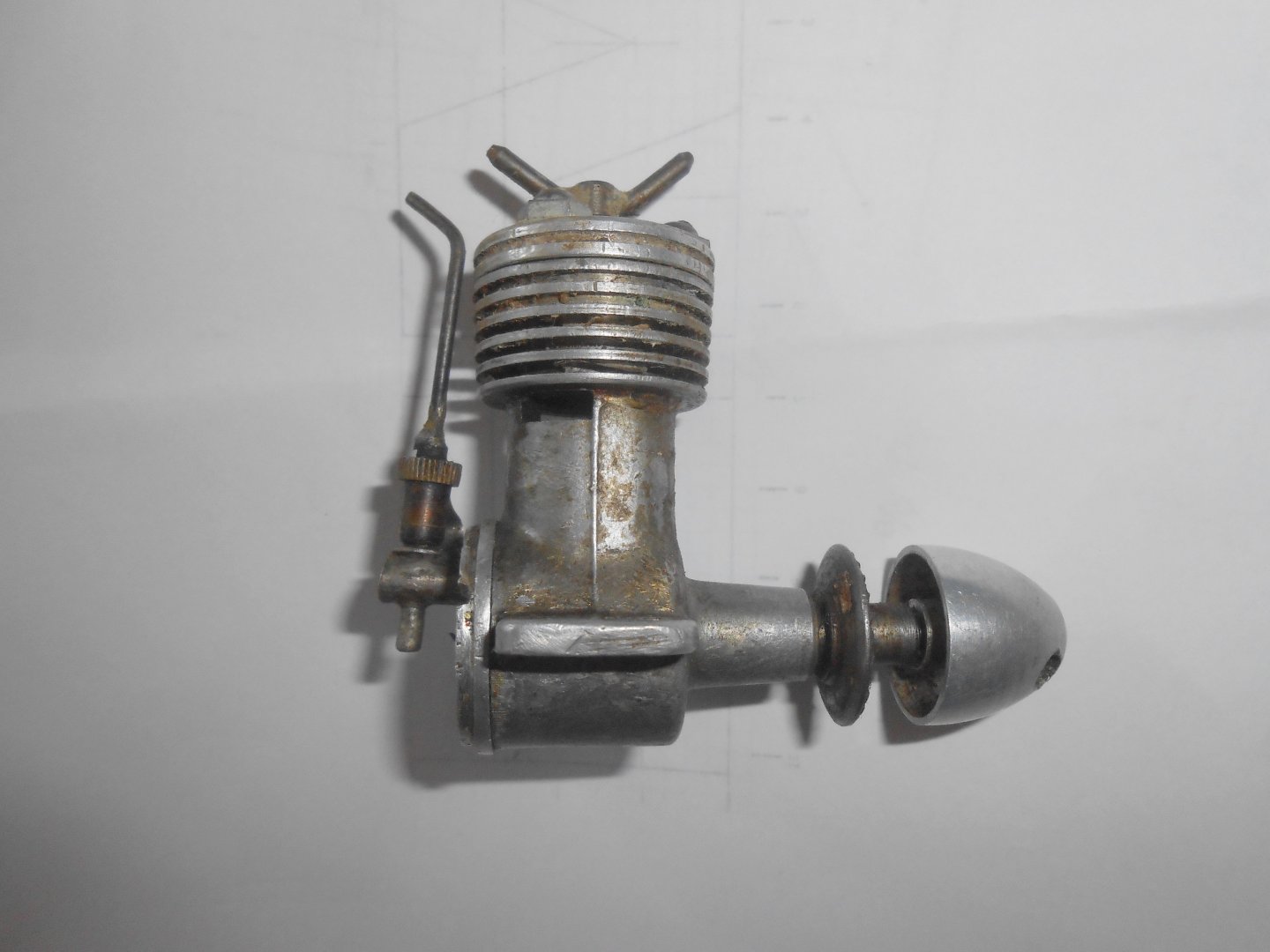 A friend of mine had a solution to this problem. He made with a centre punch a row of small pits just below the piston crown. This created some kind of ring which after careful lapping gave the engine its compression back. 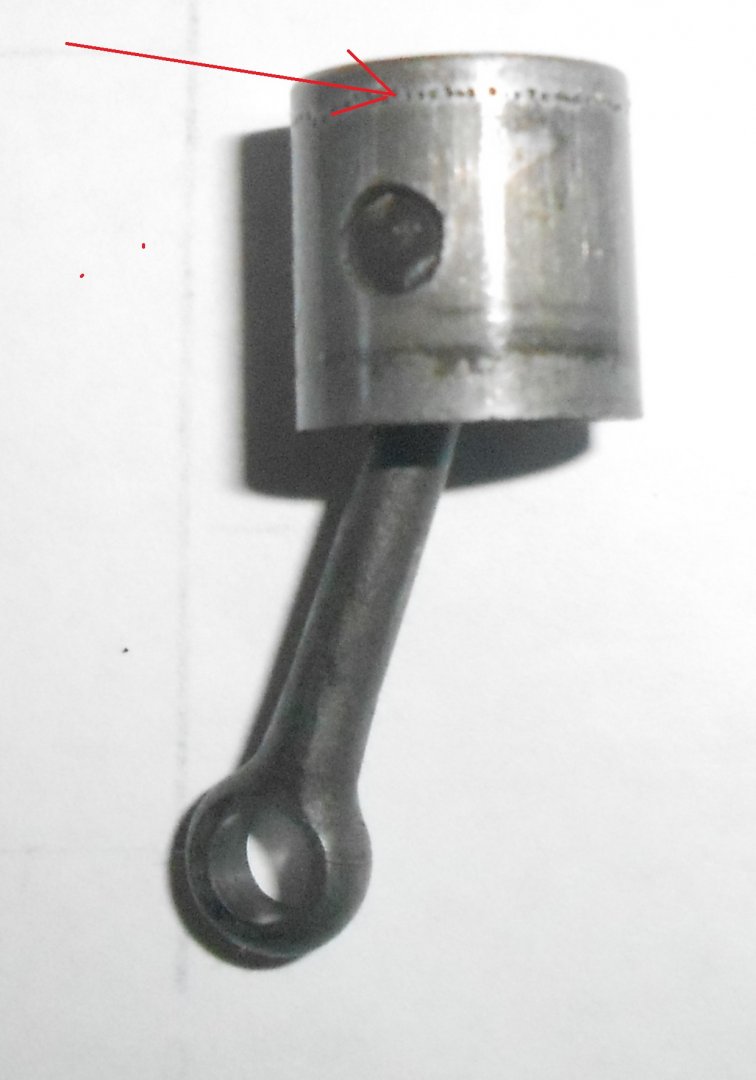 Later I learned that this is done professionally, the process called "nurliseren" to give worn out pistons a second life.

Of course, making a new piston is always a better option. I did so for a 5cc Super Tigre which is now half a century old, and it runs fine. 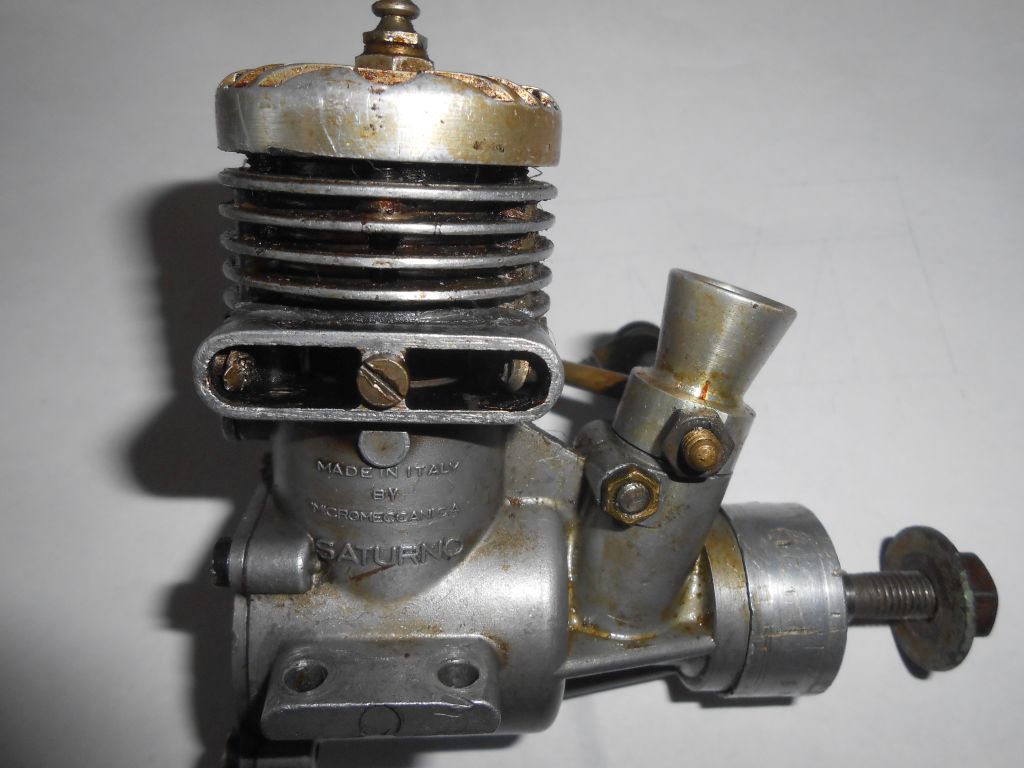 The engine looks a bit distorted but this is due to my camera, the engine is perfectly straight.

“Later I learned that this is done professionally, the process called "nurliseren" to give worn out pistons a second life.”

While racing motorcycle flat track in the late 1960s, I was on the road in California, and had pushed my piston replacement too far in my Harley Davidson KR, and developed quite a piston slap. We pulled the pistons and sandwiched them between two coarse double cut files in a vise (one at a time of course!) and alternated tapping on the ends of the files, causing the piston to rotate under slight pressure between the files. This raised a knurl of about .002” - .004” and was adequate to remove the slap until I could finish my last races.

Necessity is the “Mother of Invention”!

Peter, many thanks for that acronym. I plan to add that to my collection of engineering acronyms that I use on a regular basis - the most common of which is TLAR engineering, "That Looks About Right."

Although for me (more often daily it seems), my designing has taken on the Scientific Wild Ass Guess, aka SWAG, approach...

Yes, I like to use that one as well!

As I stated in our most recent conversation!!!

SWAG is possibly slightly better than PIOOMA ... pulled it out of my (err) assets.

awake said:
SWAG is possibly slightly better than PIOOMA ... pulled it out of my (err) assets.
Click to expand...

How did it go with the engine? Did you manage to restore the old Nova-1? It is a really sweet running and docile design. I built one last spring and like it a lot:

M
my first steps into the world of model engine building was a symple steam engine.