Here are a few pics of the finished engines as decribed in Work in Progress. 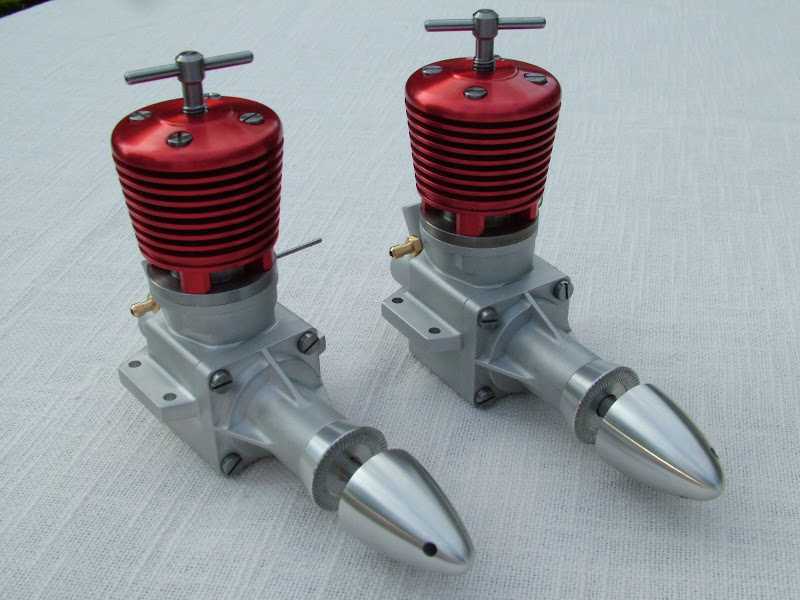 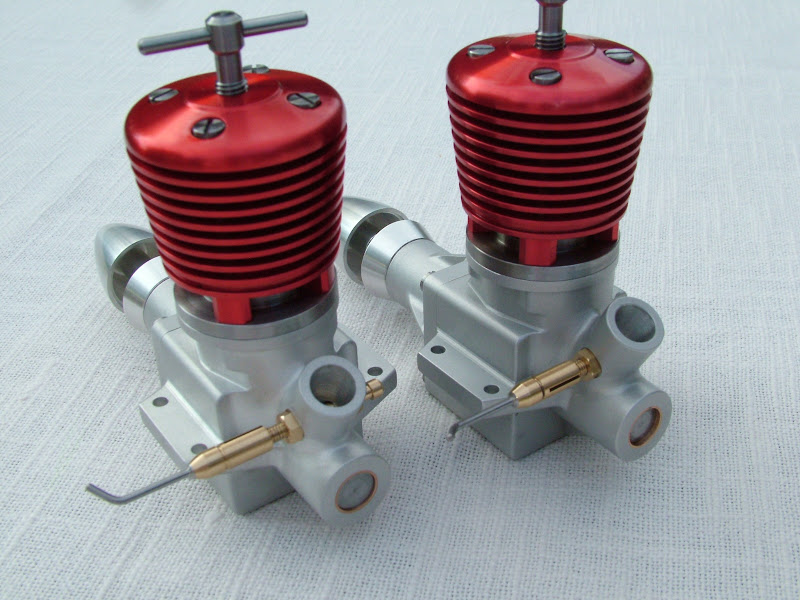 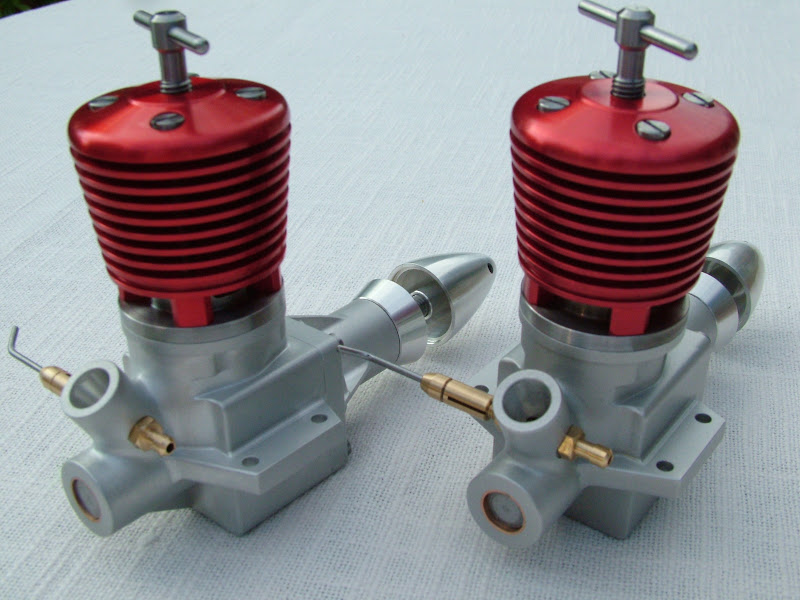 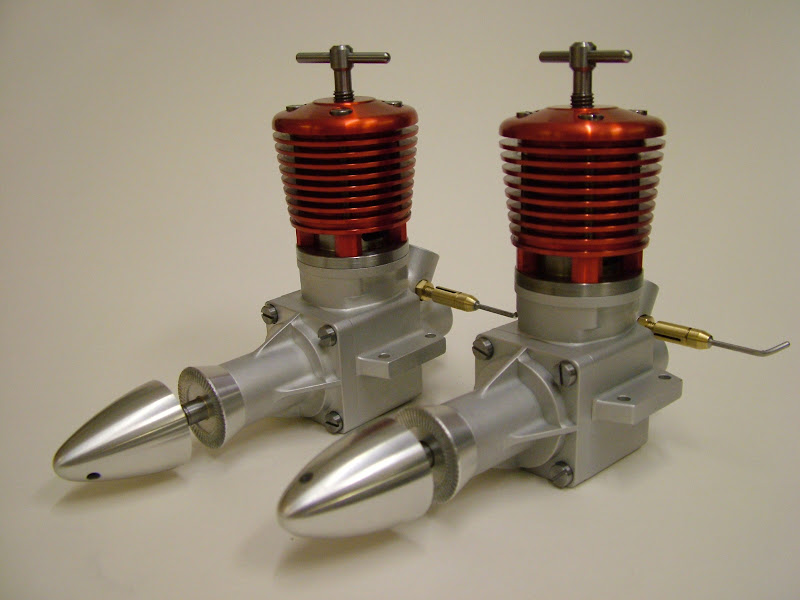 This shows one engine against a photo of the original little 1cc owned by Ernesto Pizzi. It was from the images Ernesto took for me and all the dimensions he provided that this became a viable project so I am indeed indebted to him. Thanks a million Ernesto. 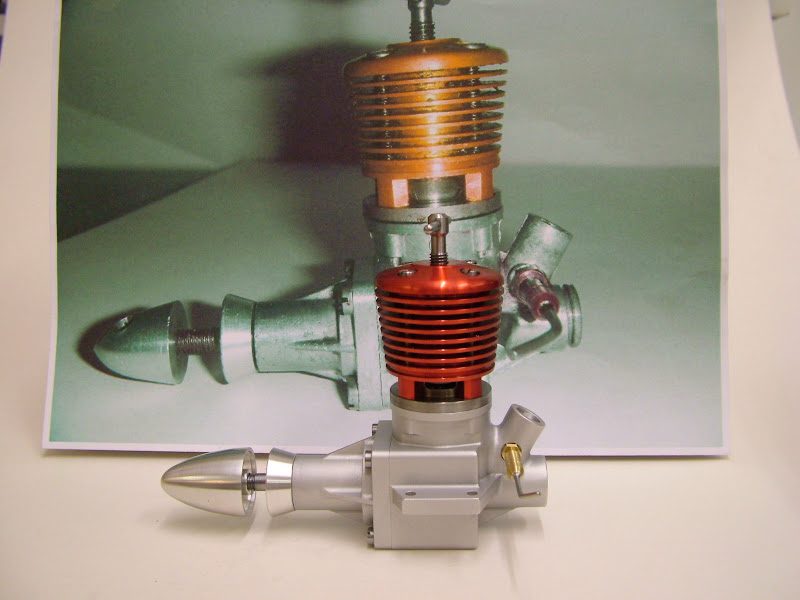 Oh yes - the keen eyed may notice the groove got forgotten. It was intended to put this in after bead blasting but the parts remained bagged until assembly and it got overlooked. Realised it just after the second engine head bolts went in so decided to leave it as it is. 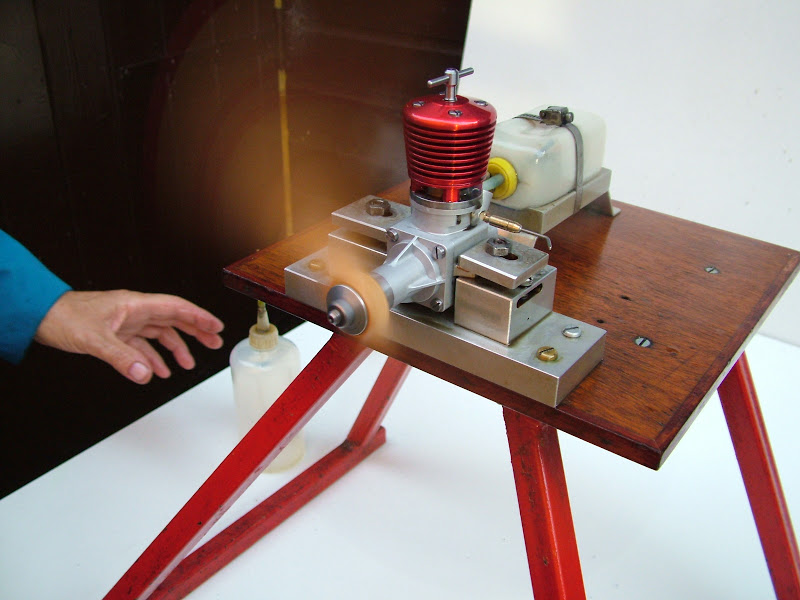 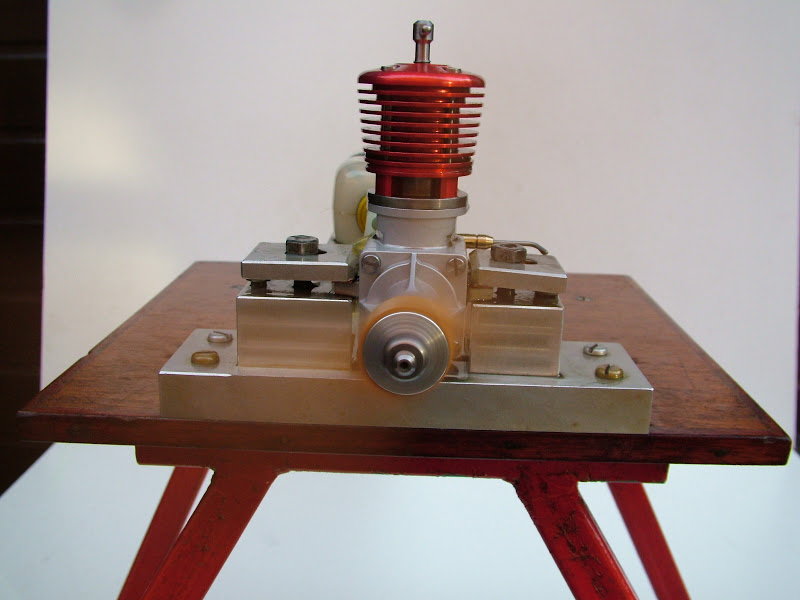 Sue took these last two, good pics but as she says for the second "she hasn't got an engineers eye for 'level'".

That's it then - journey's end - and a very enjoyable one it was too. Once again I hope you've enjoyed it as much as I have. I'm taking a break now as theres a lot of must do's around the house and garden to catch up with : but Autumn's round the corner

Regards to all - Ramon

Thank you so much for sharing this wonderful build with us; you are an artist and craftsman.

The finish on these engines engines is just amazing.

A wonerful build and a wonderful outcome. Thanks for sharing.

Beautiful Ramon....works of art!!
Looking forward to your next project!!!!
cheers
Bill Pudney

Exquisite final result Ramon :bow: :bow:
Thank you for taking us along on the journey!

Magnificent :bow: :bow: (one for each engine)

Hi Guy's, thank you for your kind words and sentiments.

Today has been rather flat, I must confess - nothing to look forward too to report other than to say the engines are cleaned, oiled and boxed ready for an opportunity to arise to take them somewhere to give them a good run without the noise being a problem. The workshop has been cleaned and is now 'sterile' : ready for the next op whenever that should be and it's time to give some thought to the more mundane matters around the house. On that note there's not much left to say but thanks again to all who followed, whether you commented or not - it was fun.

Tonight I shall get an early night
See you all soon

Thank you for taking the time to document the build for us.

Ramon, a great engine, a great build thread and tutorial for us all - hope to see much more of your wondeful work.

I really enjoyed your build - fantastic :bow: - but could we get a video of it running with sound, please !!!!

I really enjoyed your build - fantastic :bow: - but could we get a video of it running with sound, please !!!!
Click to expand...

Better than the original!

Hi guys, Thanks once again for all your kind and encouraging comments.

Fuel is a commercial 'Sport' blend produced by Southern Modelcraft here in the UK - 38% paraffin, 30% ether and 30% castor oil plus 2% ignition improver

I finally managed to put up a short video. This was taken when I set it up for it's first running session after that initial 'just assembled gotta have a try' one. My wife Sue took several short pieces but this is about the best of them

As you can see it's still quite tight and will probably need quite a bit of running to bed the piston in - note the black exhaust gunge from that process. The prop was a 13 x 5 for these initial runs but I'll probably drop down to 11 x 5 for further running in.

Sorry for the delay but have not been able to spend much time on here lately - hope it's worth the wait.

Thanks for that Ramon, sounds good as it comes on song. Looks like that glove has seen a bit of action over the years

Hi Ramon,
thanks for the video!! nice running engine and nice sound.
(It's drooling not quite as much as I do! )