I do a similar style project with airbrush paintings.

Brian Rupnow said:
I have a helicopter idea, that has been lurking in the back of my mind for about half a year. Compressed air rotary engine in helicopter. Too heavy to fly---but--Attach helicopter to a parallelogram lever which passes over a pivot point. Put counterweight on opposite side of pivot. At rest, helicopter is a bit heavier than counterweight, so helicopter sets on floor. A flexible airline is wire tied to parallelogram lever arm to provide compressed air to helicopter. Air pressure can be adjusted to speed up helicopter engine. Very little lift is needed from blades to offset weight of helicopter and make it "fly" .
Click to expand...

I recently restored a tinplate toy helicopter, believed to be from the 1940s/50s, which works on the counterbalanced principle.
It has an electric motor with simple resistor speed control and a joystick which can alter the fore/aft pitch to make it fly in circles around a central pillar, which is the fulcrum point.
It is on a single arm, not a parallelogram.

Well here is a video of one of the two I'm working on.

hello
I don't see how to download the plans ??

Helicopter – The Art and Craftsmanship of Zeamon

I am also having trouble getting the plans to download.
Thanks,
Ron

Did this ever happen? What were final numbers? 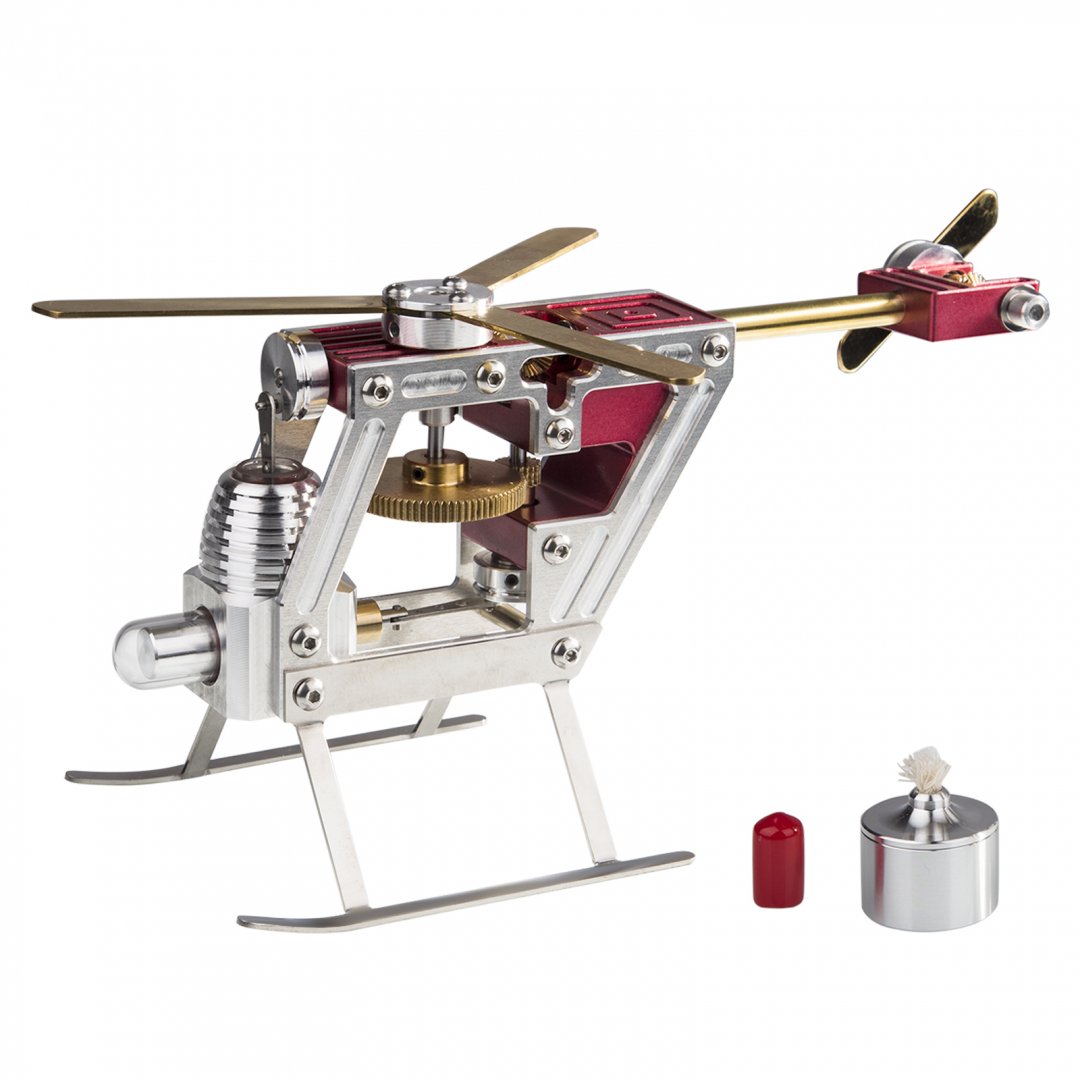