Raising DRs from the dead

After bringing the Mt. Pisgah bridge as far as we could, a friend and I set out to look at the Mt. Pisgah requests for equipment maintenance. One request was to rebuild a John Deere Gator that had been rolled down a hillside. Fortunately the driver hadn't been hurt. The frame and steering had been damaged so badly we declined.

Next was a project to make three obsolete DR mowers in to two. I looked at these twenty plus year old brush mowers. One drive wheel on one would periodically fall off. They were indeed in sad condition. I wish I had taken a before picture. I guess the best way to describe them was fatigued, abused, unloved by a cadre of volunteers for Mt Pisgah Arboretum. My friend and I set out to do it for free, donating the parts and labor.

The first thing I found out was that beyond bearings, belts, and blades and a few other miscellaneous things parts were not available. Everything would have to be repaired or made anew. I searched the web. Luck would have it, I found two new spindle shafts (the main mower blade shaft) on ebay. I was elated. Otherwise, we were on our own. 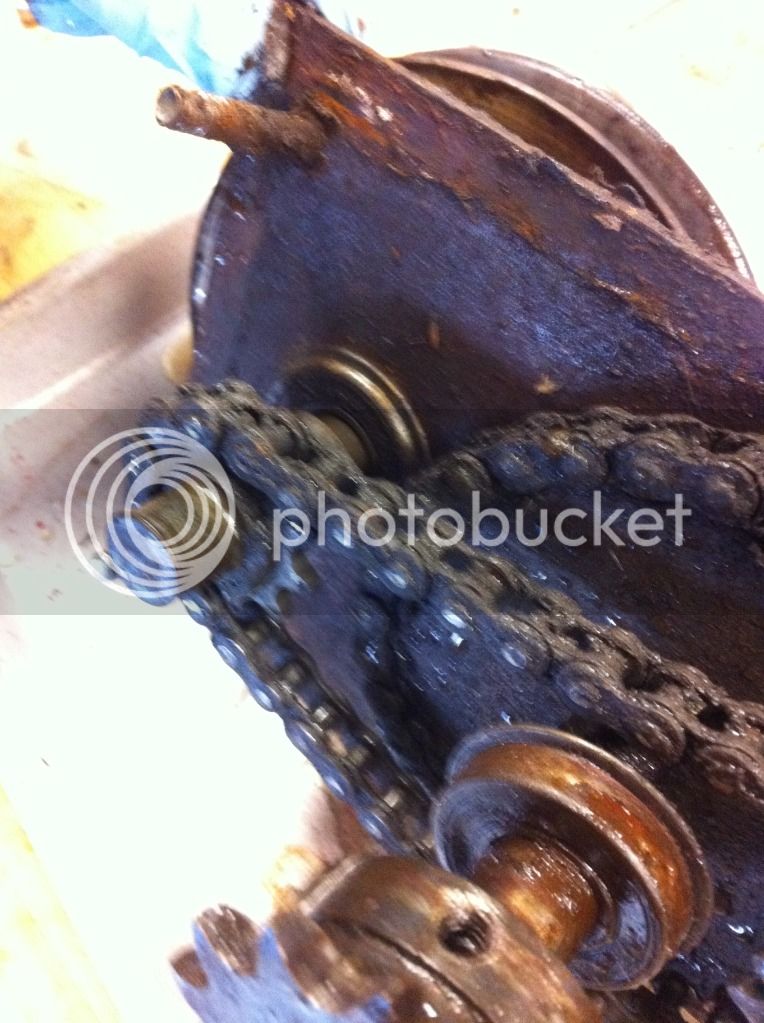 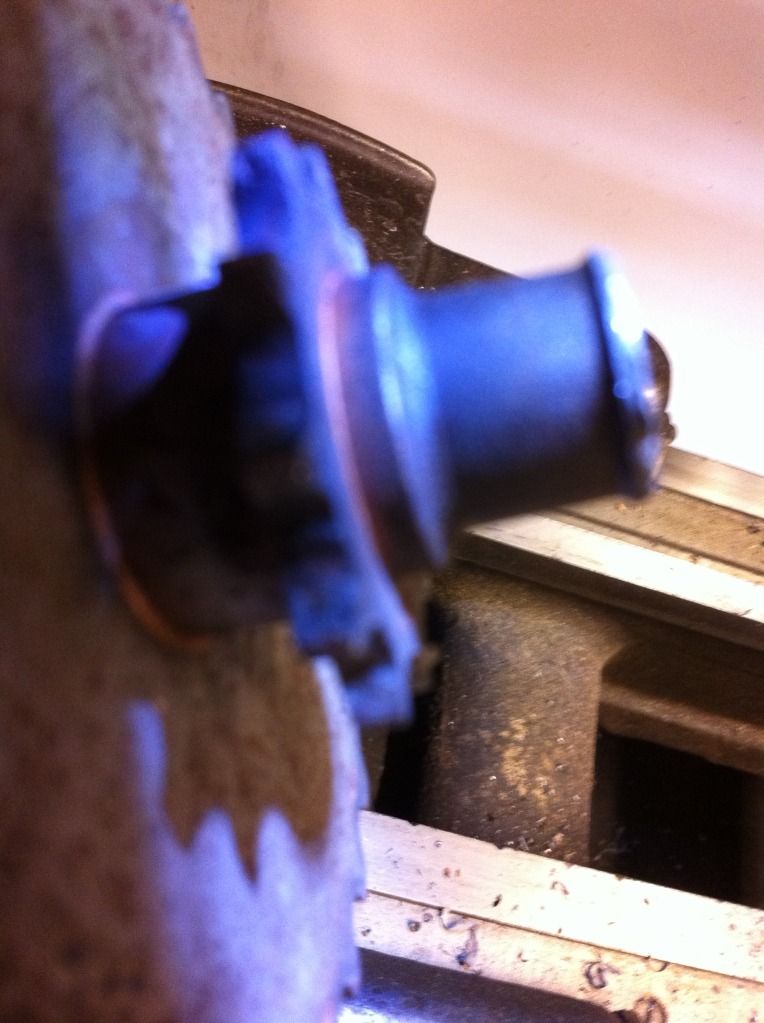 The first thing I tore into was the chain reduction box. I knew this would be a problem. Shown here was the inside. tearing it down more I found that the bearings had locked up, grooving the shafts. Getting the everything apart was a problem in its own rite. We had to use heat to remove most nuts. Some we had to cut off. One of the drive wheels was so welded to the shaft we had to cut the spokes off at the nub and then cut it down the keyway to pull it off. We didn't have a spare drive shaft. 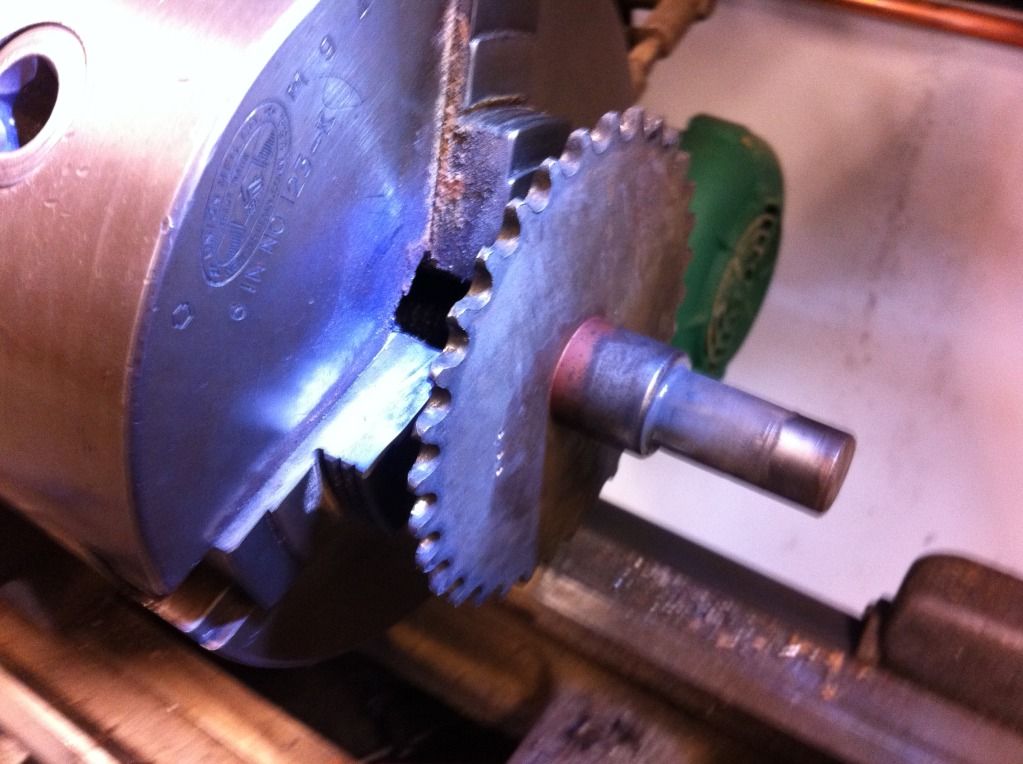 Shown here is one of the sprockets chucked in my old Logan. Fortunately these sprockets turn at a slow rate. 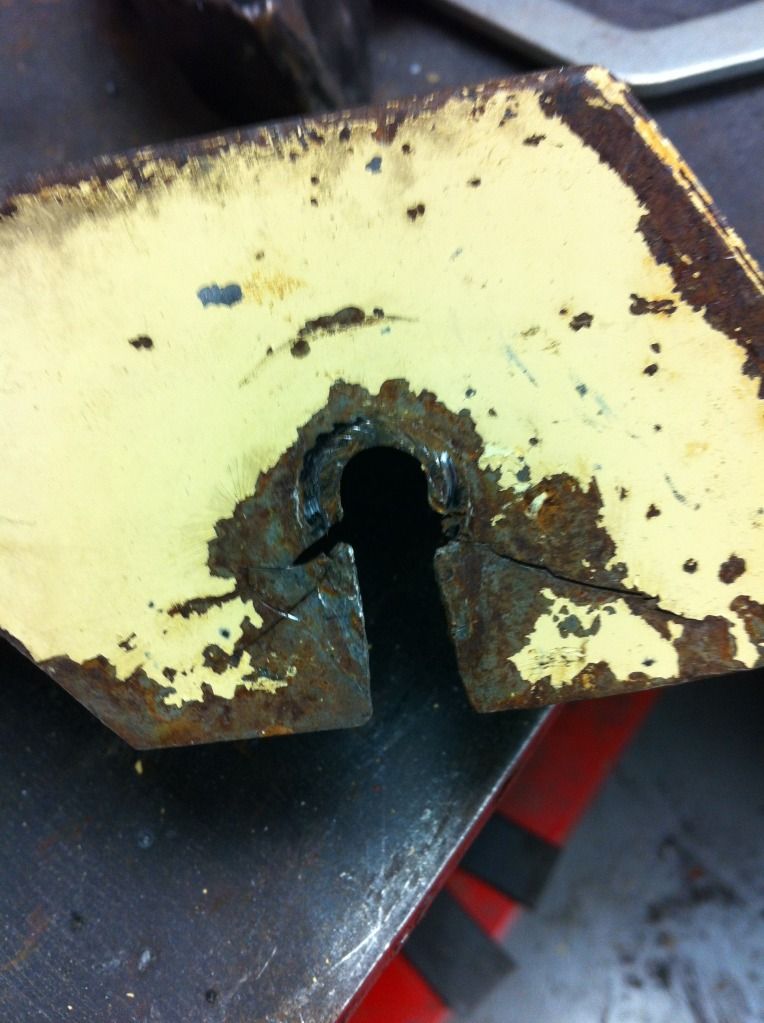 Then there was the fatigue cracks and frame damage. 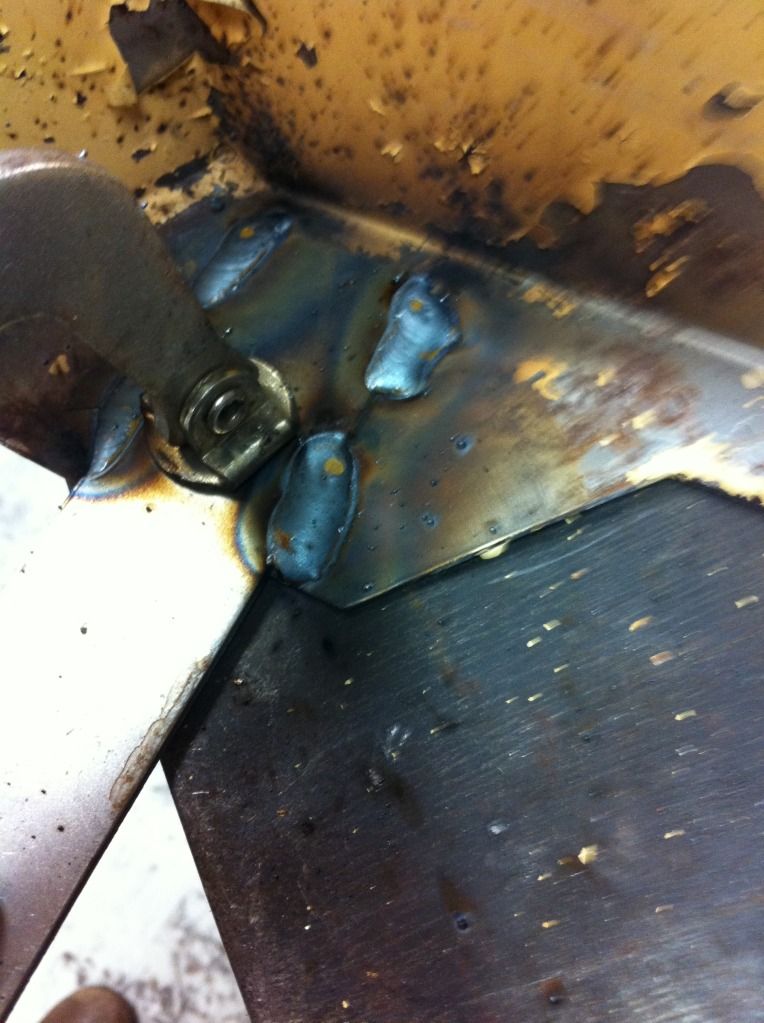 Shown here was one of the patches to save a chain guard. I would weld it in and then trim to fit. It went on and on. The decks were badly damaged with the chutes hanging bend and distorted. One was hanging by a thread. Piece by piece we repaired the best of the parts. 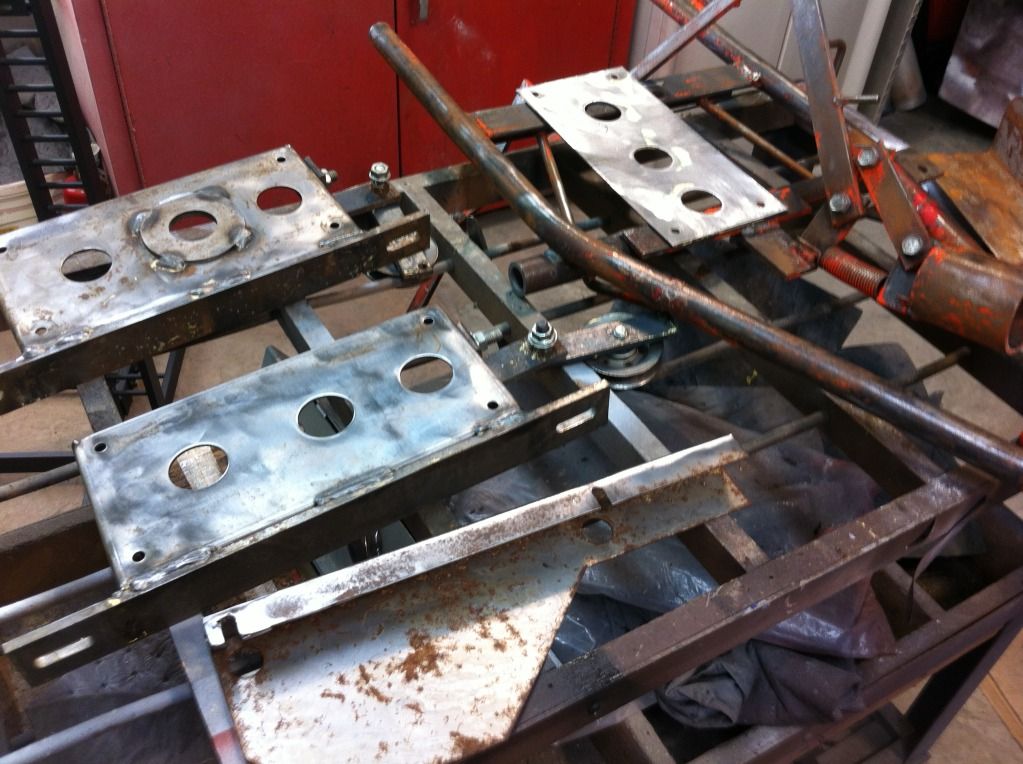 Then there was the tedious job of removing the old rust and paint ready to prime. I know we didn't have to go this far. I guess it was a matter of pride. 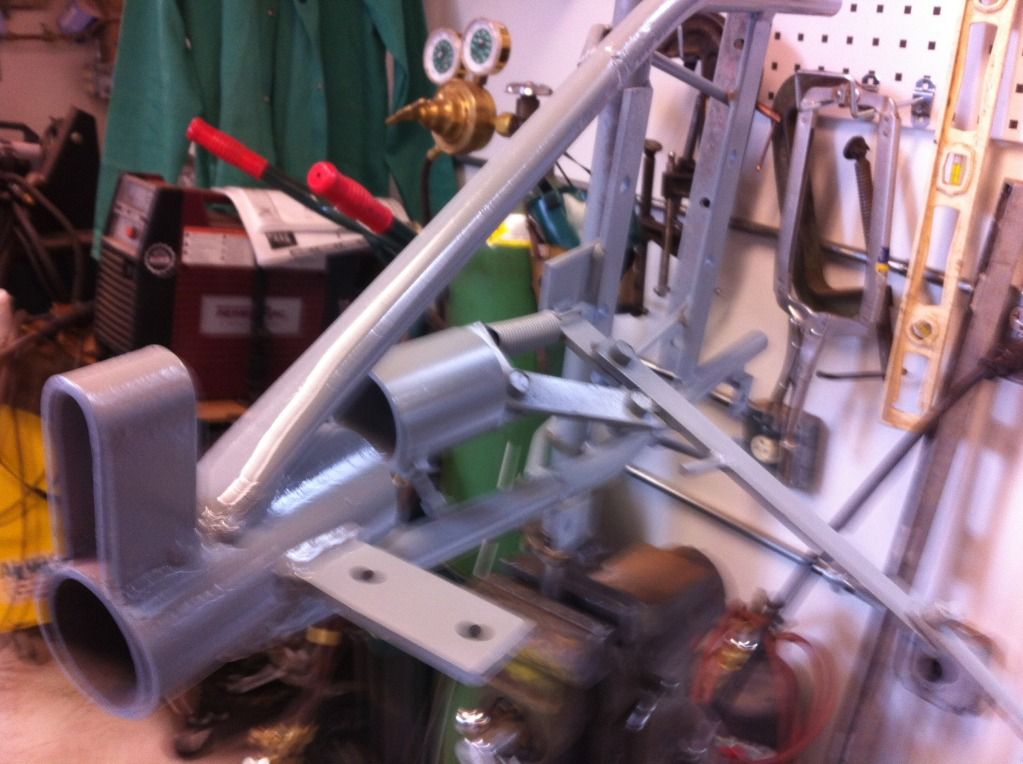 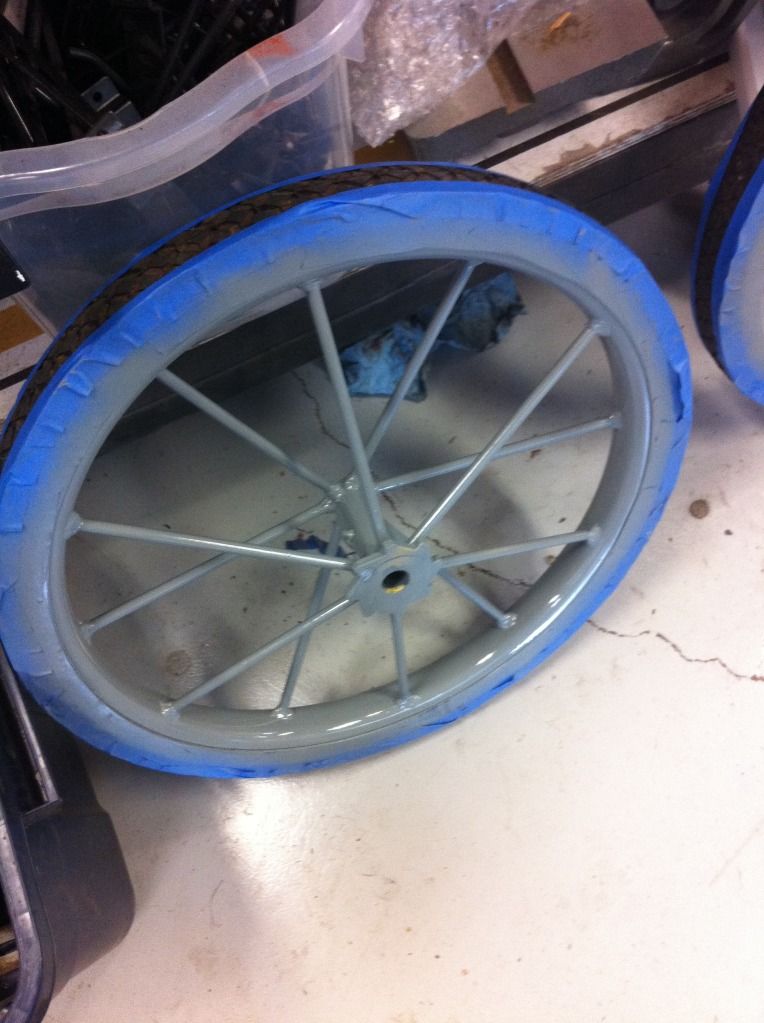 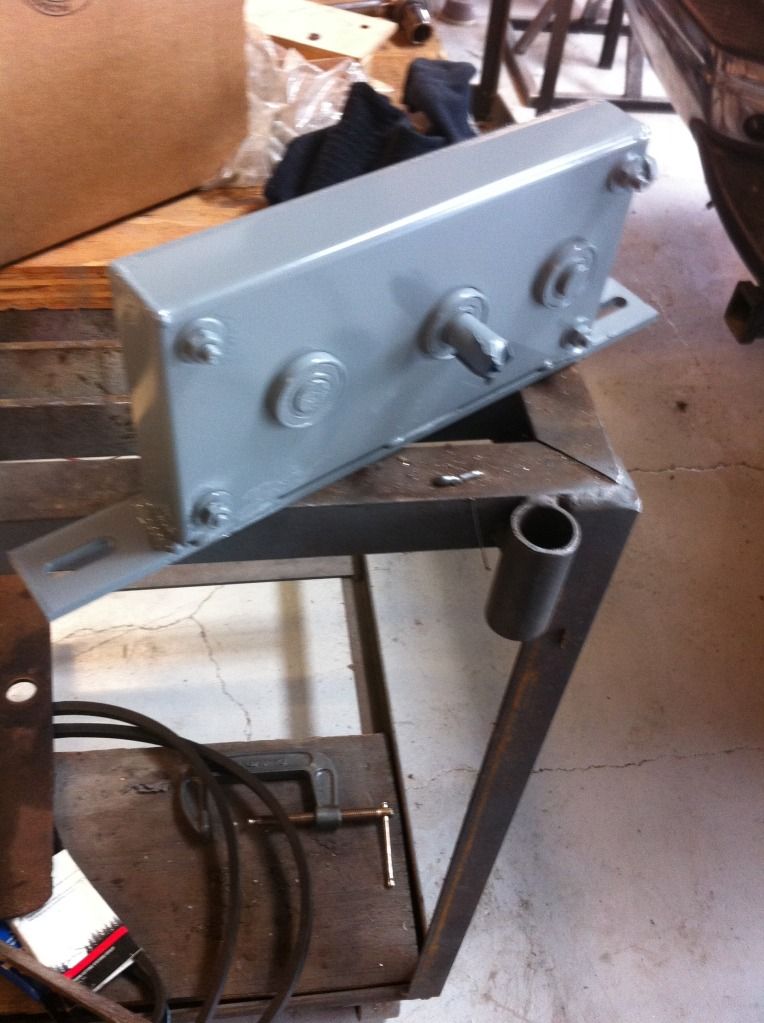 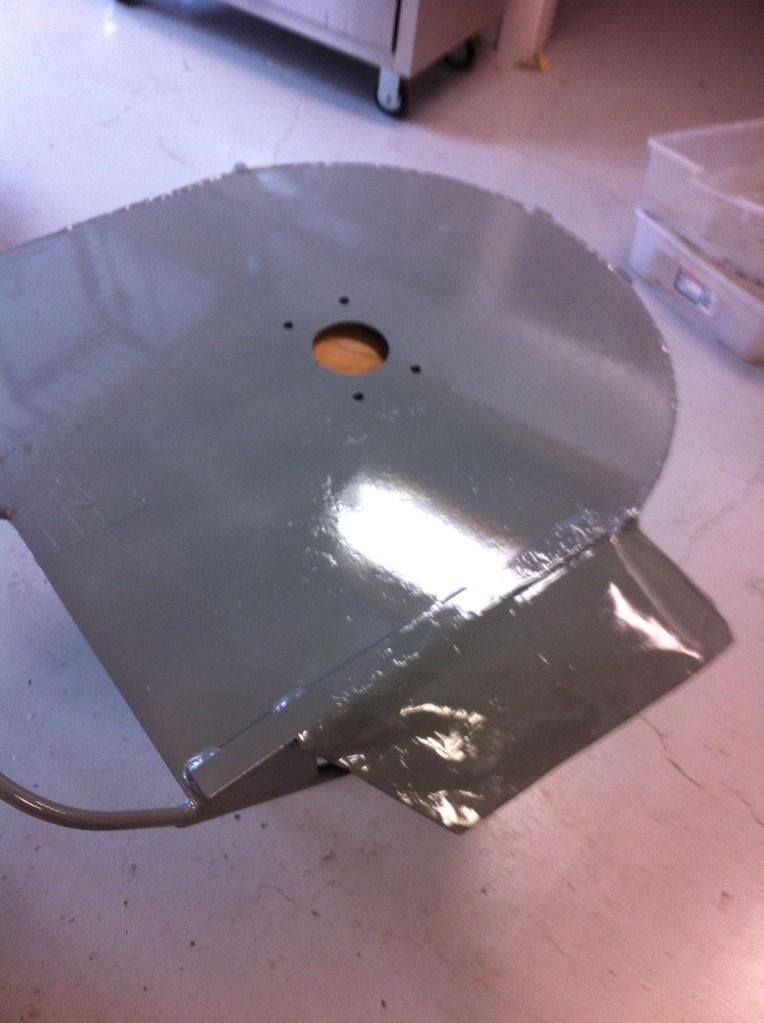 Everything got a coat of epoxy primer. 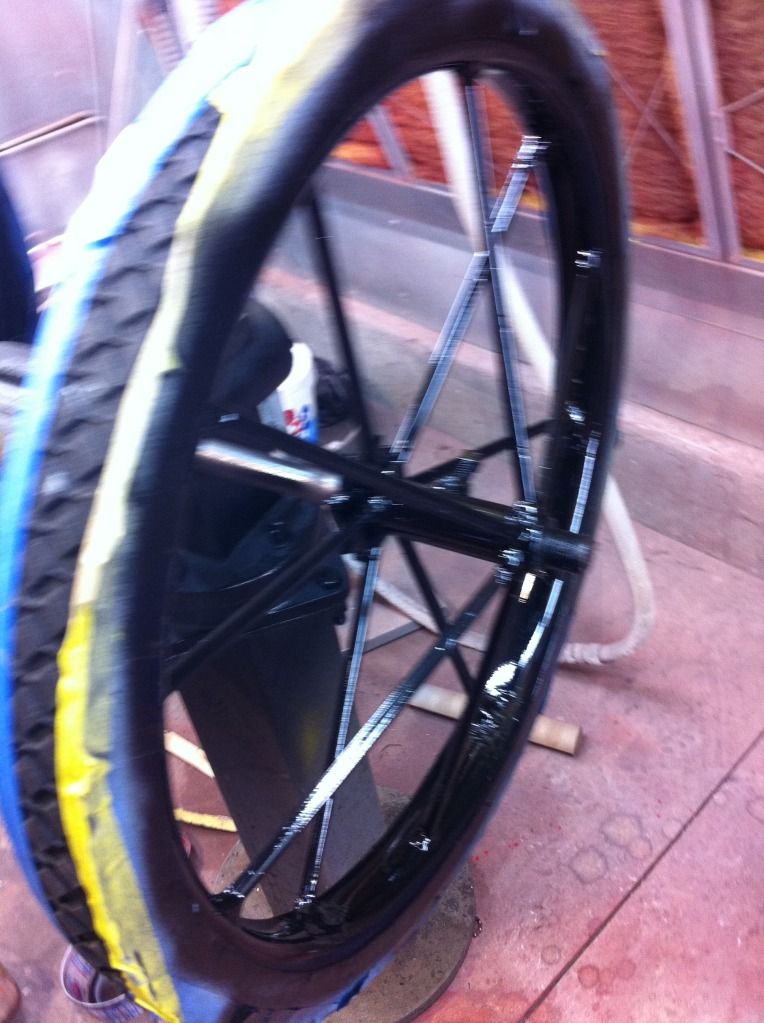 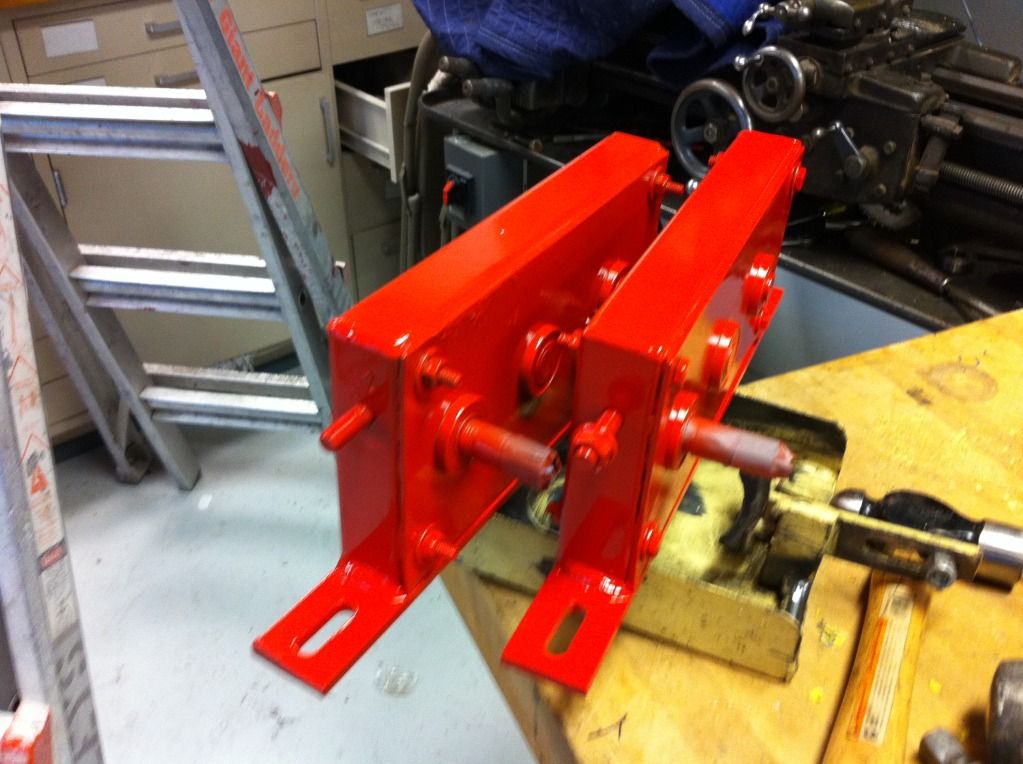 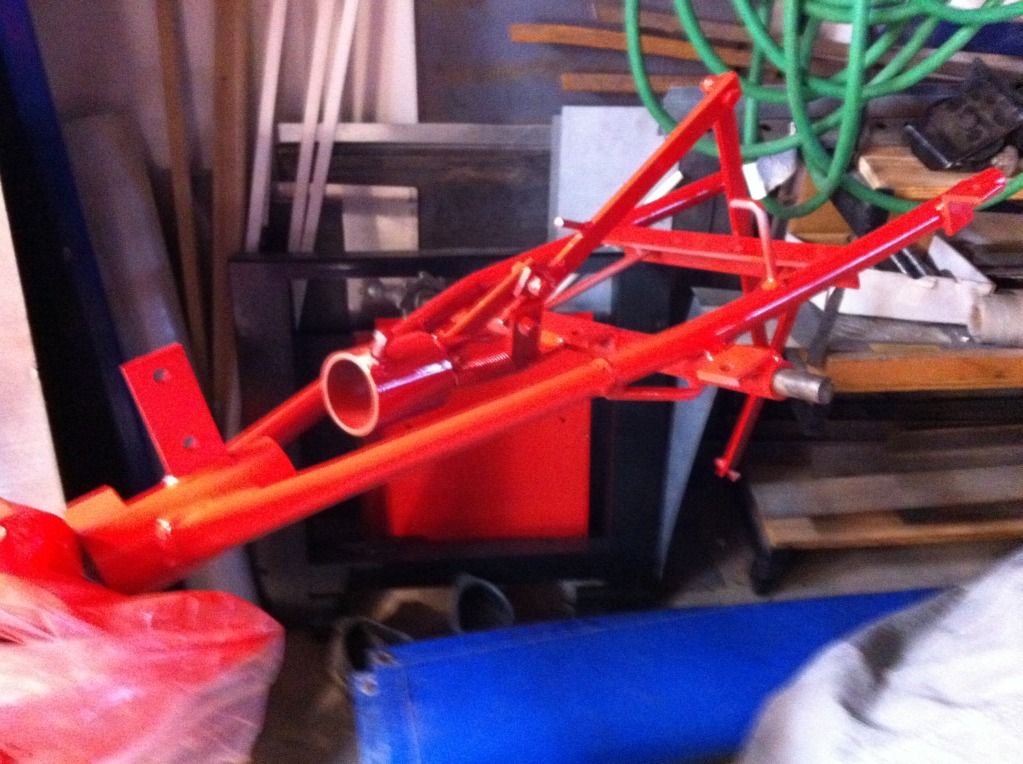 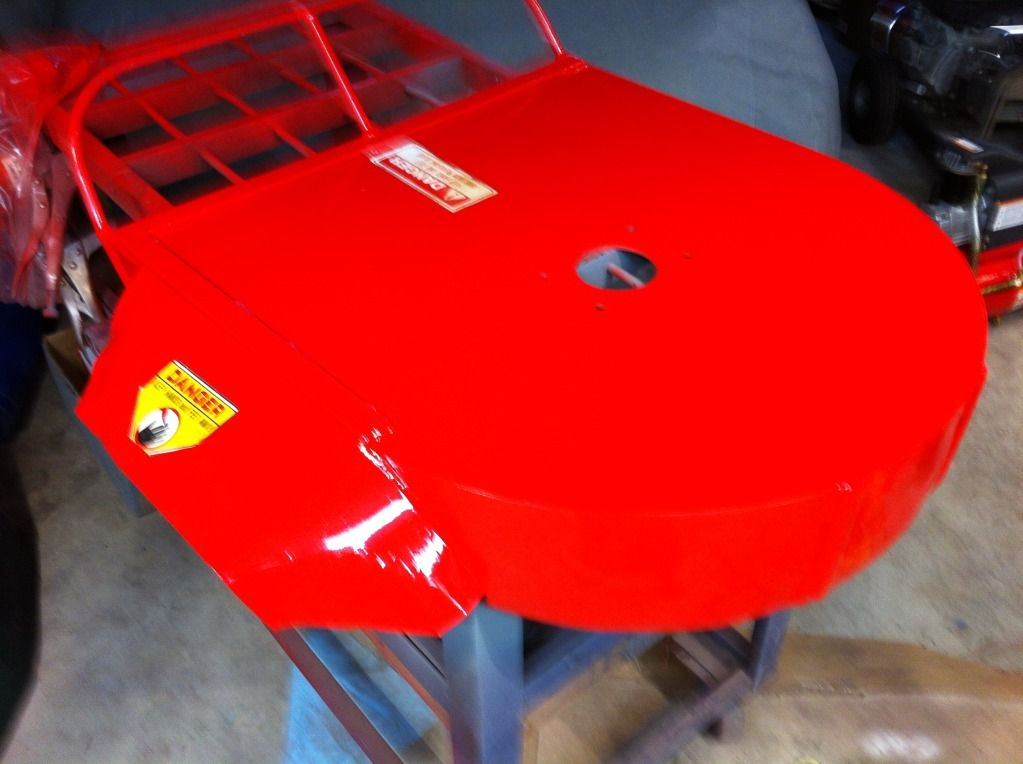 And everything was spray painted with either acrylic enamel or two part urethane. Noticed I masked off the caution and warning signs. 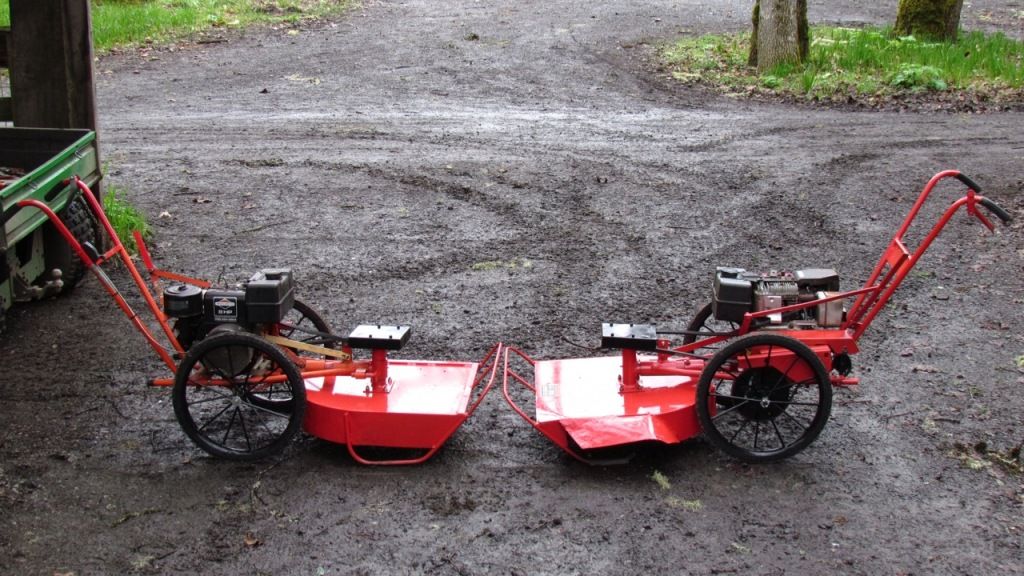 Here they are finished and delivered into service. I was glad to get them out of my shop. Lynn and I put in 82 total hours on these and $360 for the pair including bearings, shafts, and paint. It was hard to know where to stop. We wanted to make them look nice without getting carried away and hopefully operators will take a little more pride.

Well, anyway, you get the idea here. It is one of those projects that if you would have known the amount of work you never would have started.

Excellent restoration!!! ;D
They look like quite a serious pair of mowers!

Good for another 20 years if maintained well.

Congratulations on the excellent work!

This is one of sever things we have replaced in the past year including rebuilding a rear grading blade plus many small fixes from broken and bent mower housings to replacing handles on equipment.

I am working on my Bridgeport mill now. I bought the mill years ago used. I am now sorting through it to bring it up to speed. So far just started, I am replacing brushes and bearings.

I will be glad to get back to making things out of new materials. I want to do the kind of things you guys do.

I must admit, however, the volunteer work has been rewarding.

OK....an effort worth of a machine naming

Best I can come up with is "Pheonix"

It's bad luck to misspell the name of your lawnmower.
S

;D
You must log in or register to reply here.

Thursday at 9:47 AM
ddmckee54
D
A
Hello everyone, I need some help!