Hi:
I am looking for plans for a steam engine model of the African Queen I am going to start building.

www.farmcollector.com
A fair photo or two but I believe the original was a turn of the century Brady. I recall one still in use as a stationary plant in a single shaft machine shop/saw mill in Holy Loch as late as the '70's.

Sorry that's all I've got. I did go looking for the Brady but came up empty.

How? I was briefly stationed in Holy Loch with the US Navy. During a rare period of sobriety I took an interest in the local oddities rather than, well, attempting to avoid a hangover by staying drunk.

The passages of youth
K

You got my curiosity going .

I'll leave the rest to my Brit and Scotch cousins

To the best of my recollection, Live Steam had an article on it back in the 80s.
I

Steam and Stirling Engines You Can Build; was a book I purchased many years ago, with a child's model of the African Queen engine. There's enough drawings to make the boat, assuming your hobby goes there as well. No boiler is shown.

Amazon.com: Steam and Stirling: Engines You Can Build (9780914104063): Fitt, William C.: Books
www.amazon.com
Used books are available as well. There are 4 volumes available in this publication. Publisher, Wildwood Publications.

And the last two pages. 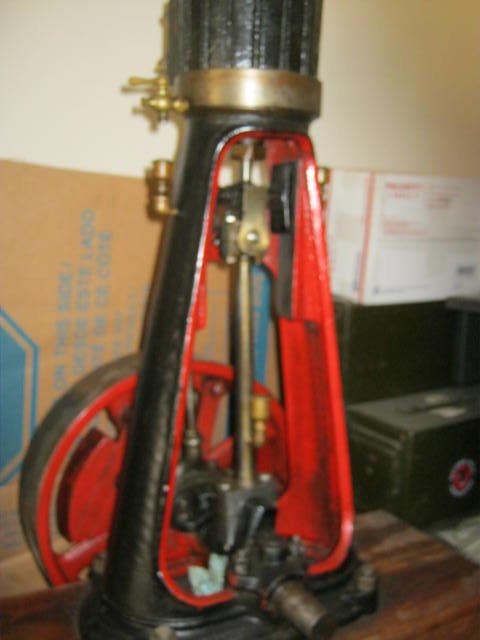 Thanks for all of the help.

Terrytm said:
Thanks for all of the help.

If you looked at the link in post #3, that has the real engine photo. I doubt if there are any plans for this anywhere.

Is there a problem with copyright 4-5 posts above showing scanned pages?
R

I need to clarify what I am looking for.

I have a Midwest MODEL of the African Queen that t is 24 inches long and I would to install a steam engine in it.

At one time Midwest made the Model steam engine VI for this model.

It appears that Midwest no longer makes this engine.

I am looking either for that engine already complete or the kit.

If I cannot find either one I am trying to find pans or a suitable substitute for it.

My apologies for that making that clear in the first place.

There are two African Queen threads on the site. I understand this thread really isn't about the original engine, but because my father in law is an big fan of the movie, I wanted to share the article. Then I decided to check Wikipedia and found two separate articles on the boat, This article on the movie claims the L.S. Livingston "had been a working diesel boat for 40 years". This article on the boat says there were two boats built for the movie, The Congo boat, built in England in 1912, that ended up in the US, and the Nile boat built for the movie. It doesn't mention the stage boat. The article states "she was actually diesel-powered in real life but made to look like she had a steam engine onscreen." However the article also claims the Nile boat's "original" engine was a "century-old Brady steam engine." I suspect they found an engine and fitted it on the boat. That boat remains in Uganda. So aside from which engine was on either of the two ships, the engine in the film would depend on where the scene was shot. On the US stage boat, the Congo boat, or the Nile boat. Hence the disconnect in the pictures.