I'd look elsewhere and save a few dollars
Click to expand...

if you are disappointed with a premium tool, I would think you owe it to yourself and to the company to complain and give them a chance to make it right. it may be still worth giving them a chance, what does it cost you - 10 minutes to write an email and ask for their help?

Personally I have a Kurt 6 inch that I bought used from a machinery dealer near San Pedro, and it is excellent. I also bought the swivel base but I rarely use it.
L

DDoty said:
I bought a new KURT a year ago and it had a rough spot in the lead screw right out of the box, I was super disappointed after spending all the extra cash to get it. I am sure they would of fixed it but sending it back seemed daunting. I would not spend the premium again having received a substandard vise for top dollar. I'd look elsewhere and save a few dollars, of coarse everyone's needs are different.
Click to expand...

That's not so unusual. I spent the extra money to buy a Kennedy toolbox that I wasn't that impressed with, the drawers weren't aligned and the handles were crooked, it was no better than one I could have bought at one of the 'big box' stores. Many companies are selling products just based on their name/reputation and the quality control is becoming secondary to profit margins.
A 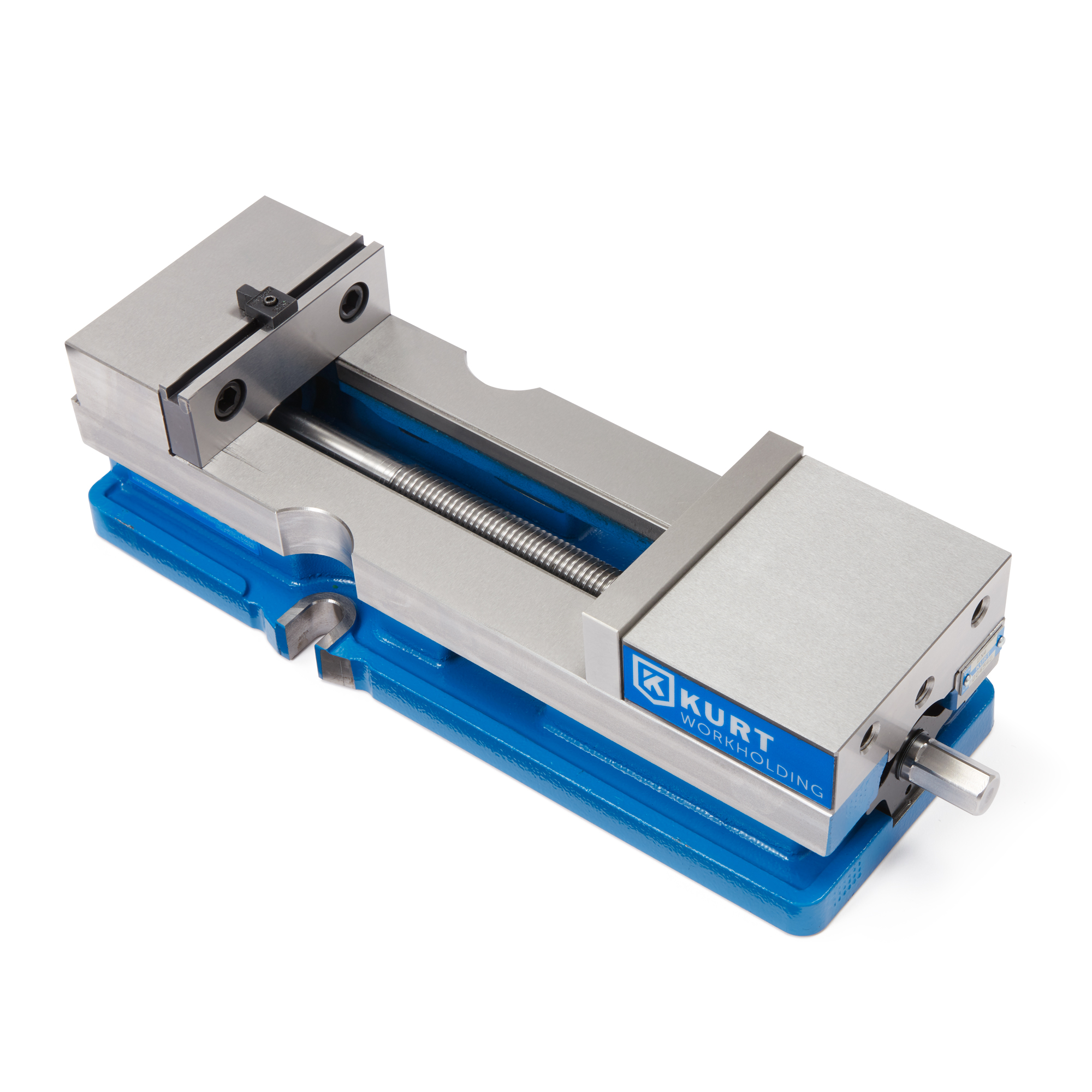 From time to time we have factory flaws or returns that we can offer at a discounted price. The flaws will not effect the functionality of the product.

Afaik Kurt no longer sells there 3",4" or 5" vises and if you were lucky enough to find any used ones they always go for a high premium. But the standard 6" would be far too large for your mill.

I've not used there 4" yet but I have a matched pair of the GPV 615 6" and very much like what I have. Here's there 4" Glacern Machine Tools - GPV-412 Premium Vise. In my opinion the cnc style of vises are the better choice even on manual mills simply because they offer more set up choices and vise orientations while part holding. And imo mill vises are where you can't afford to pinch pennies. Any inaccuracy within your part holding will get replicated into whatever part is machined while using that inaccurate work holding.

For your size of mill a bit less desirable and slightly slower to use would be one of the grinding / tool maker screwless vises. I bought a 4" through MSC Industrial quite a few years ago with the Accupro brand on it as a secondary vise and am more than impressed with what I got. It's well under the 2/10ths guarantee on every dimension I've checked and even the Kurts aren't built to that level of accuracy. If you were buying something like that, just make sure it has hold down slots on all 4 sides, many don't and there a pita to get fixtured in the normal orientation with the fixed jaw parallel to the X axis.

I have several screwless vises, but adjusting the jaws is fiddly so I only use them for vise-in-vise work holding or on the rotary table (however, I'll concede that if I used them all of the time I'd probably not even think about the jaw placement – Stefan and Ade use versions of screwless vises exclusively). I have a Little Machine Shop 3" vise (LMS 1699 3" Vise) on my mini mill and the only drawback it has is that the jaws only open to just over 3" (a minor issue since the jaws relocate to the outside of the fixed & movable mounts). A 4" would be too large for my mill, but for the CX600 a 4" would probably be just right.

James (Clough42) recently added a pair of 6" Tegara vises from Shars to his manual mill and is pleased with them. Shars offers 4" Tegara vises (Shars Tegara 440V) with similar specs (everything +/- 0.0005") and the jaws open to 6", but they are currently out of stock.

With far too many years of dealing with an inadequate mill vise I finally decided a couple years ago to get a proper vise. And then I saw the prices. Yikes! But after watching This Old Tony’s video on inexpensive mill vises I decided I could do the same and bought one similar to what he reviewed and corrected. Following his method of checking the vise I found the only part to be suspect was the fixed jaw, which was neither square to the base nor square to itself. After some careful setup on the surface grinder, and much double-checking, the jaw was made square to itself and the vise base and I now have a mill vise that I can fully trust. Of course, going this route only works if one owns or has access to a surface grinder.
You must log in or register to reply here.