Making a set of Wallaby castings

Thanks for taking the time to share the process. A good reference with real world problems and solutions.
Regards,
Rich
J

I crowd-sourced the resolution of the engine block casting defects to the assembled sandcrabs of alloy avenue. They came up with some pretty good suggestions of things to fix and things to try. While in this day and age it is possible to buy software packages that simulate the pouring and solidification of castings, the low budget operation I'm running eschews such techniques in favor of the artistic approach. ie- trial, error and fiddling about- hopefully developing into correct gut instincts.

In casting #1 there were two basic issues: metal shrinkage and core blow. Core blow is the less well known defect. Basically the core material heats up and gives off gasses which may become trapped against the internal surface of the casting causing sundry defects.

The remedial actions were:

1) Add risers to feed the casting, thereby reduce shrinkage.
2) Move the runners to the cope, also aiding feeding.
3) Vent the cope extremities to make it easy for the metal to move up.
4) Bake the core to reduce out gassing.
5) Vent the core to promote easy gas removal.
6) Vent the core prints to give the core gas somewhere to go.

Here's #2. It's better. The core blow is fixed and the shrinkage is also fixed, but still no pony. The core was placed too high and the core for the cam gallery has left holes where it has touched the outside pattern. 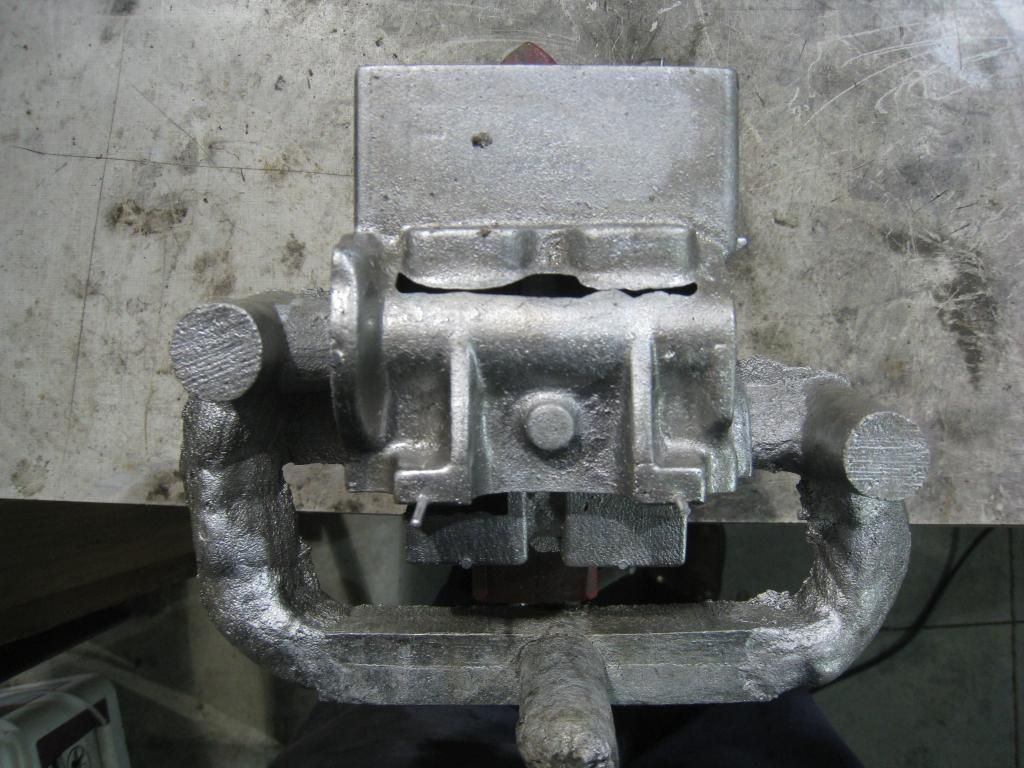 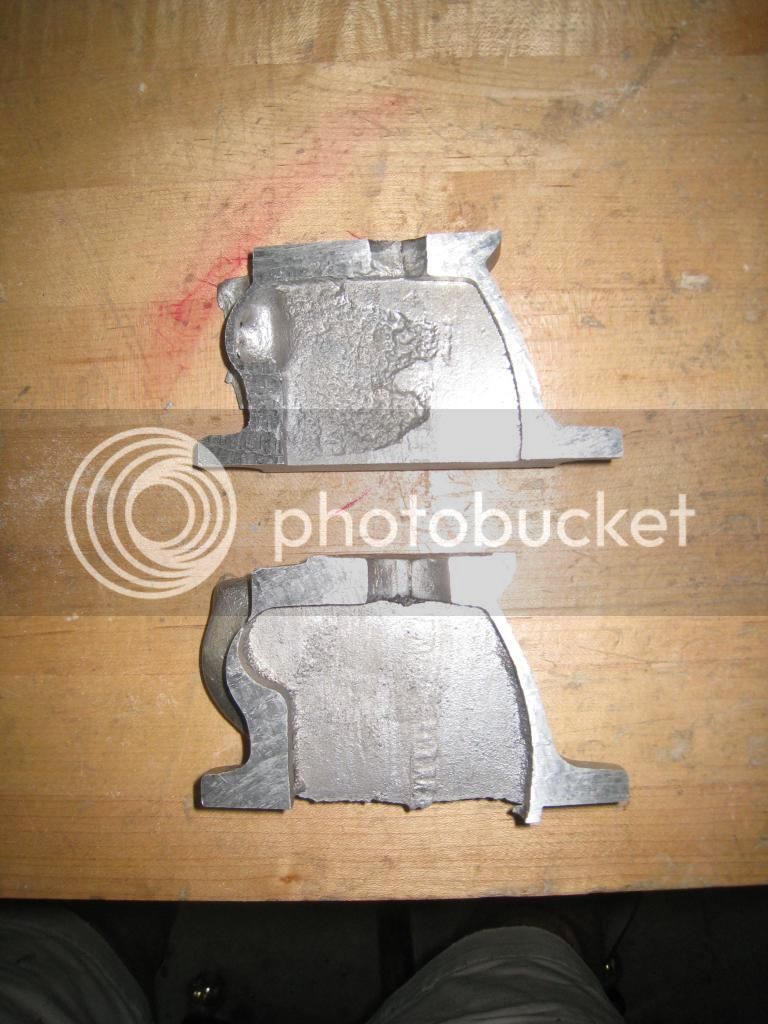 Almost there.... and on to attempt #3. Fix the core position, do some tweaks to the risers. It's looking good... 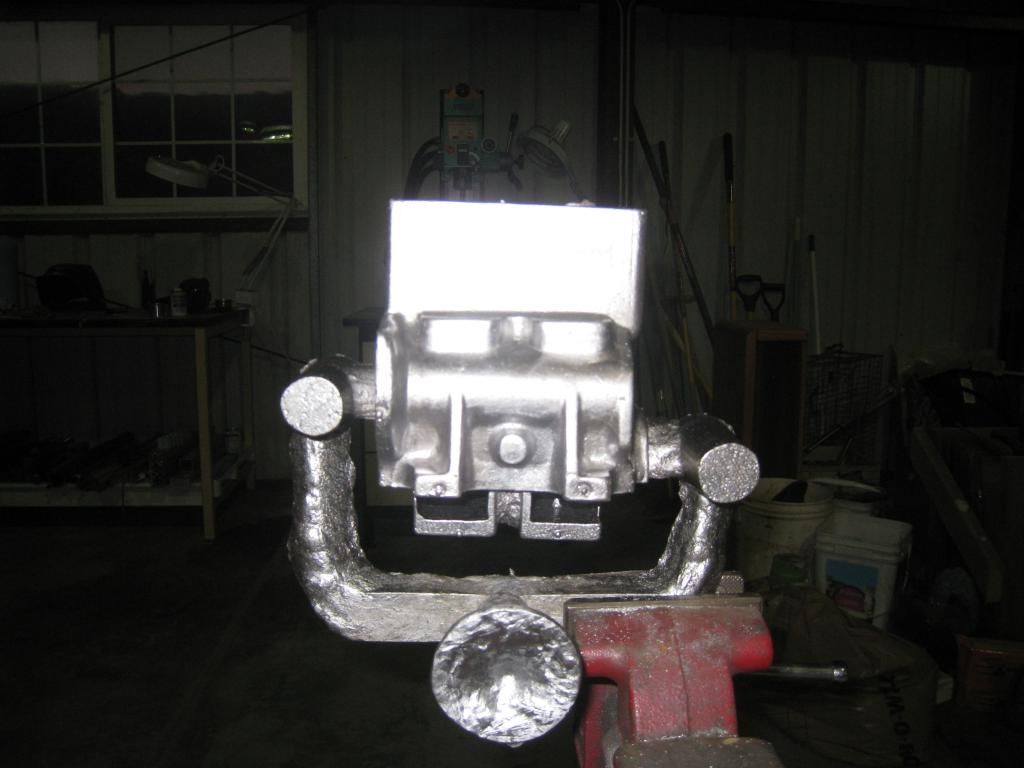 Clean crank and camshaft cavities. This one is a keeper. 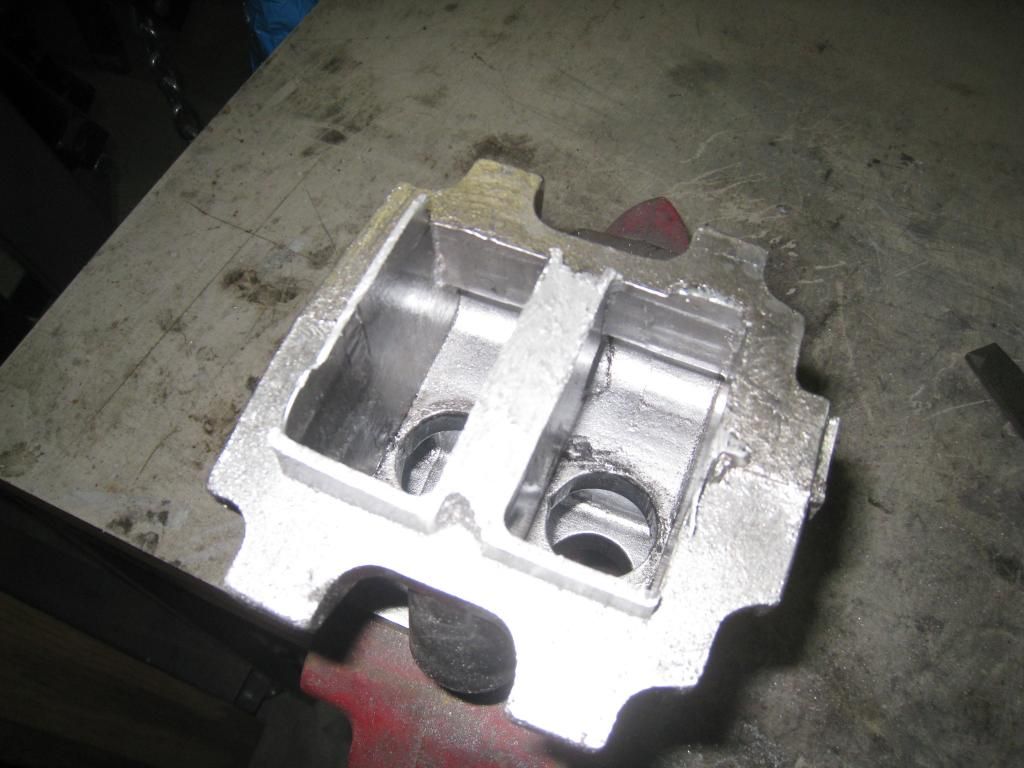 Ok - I'll make at least one more of these just for kicks (or for when I screw up the machining). The next big challenge is casting the cylinder head. I could make it out of solid, but where's the fun in that...

alot of work goes into a casting, but the rewards you get when you have a good casting in your hands is well worth it.
You must log in or register to reply here.