Hopefully a steam engine will materialise

First let me say I have zero training in this field, its all been youtube, google and various forums.
I can only work from 3d sketches or drawings as I cannot for the life of me read real technical drawings.
With that in mind I must be stupid to embark on some of the projects I have done.
Now its time for something I've always wanted, a steam engine, I have no plans just some very rough ideas.
I had an idea for a unaflow steam engine some years ago but stopped when I ruined the cylinder.
A couple of months ago I had a chunk of steel and wondered if I could make a one piece crank shaft from it. 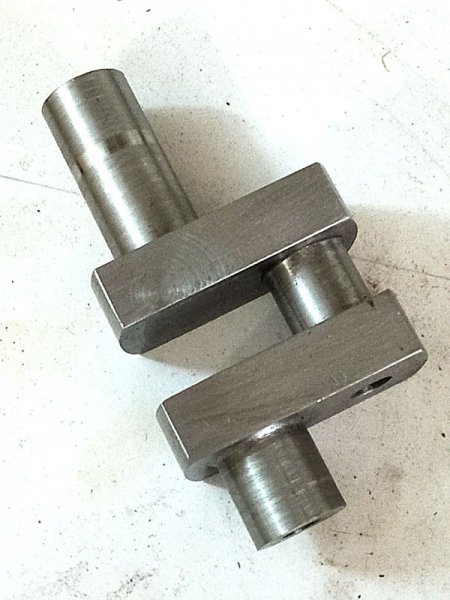 That worked so I made a flywheel for it. 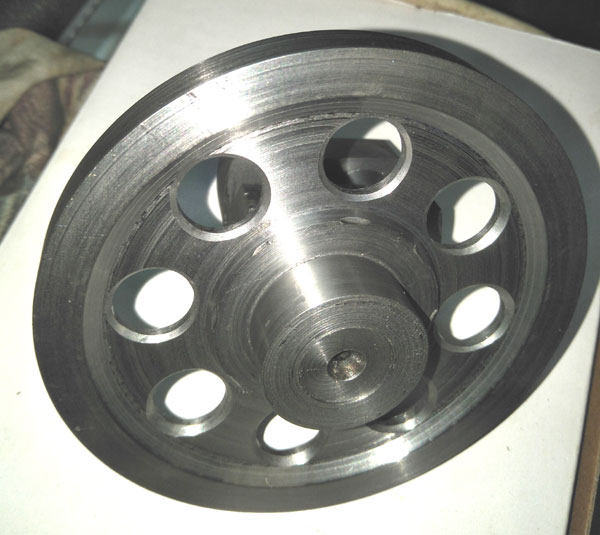 That looked good so I added a conrod and big end bearing.
That meant I must be on the way so its getting serious mum.
Next came the main bearing supports and bushes 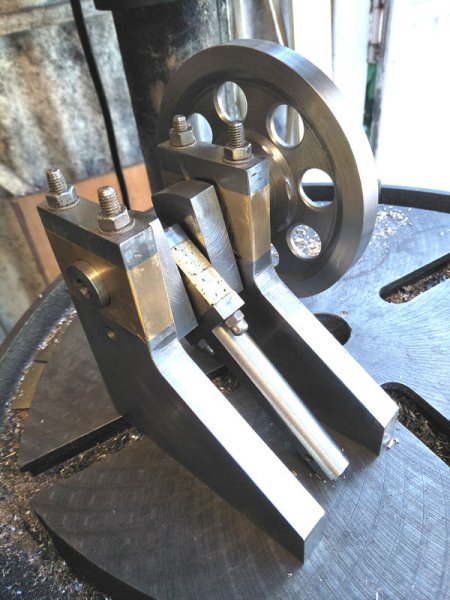 This must mean I have to return to my old unaflow idea.
Followed by the cylinder, piston and rod, cross head cylinder and cylinder heads (maybe) 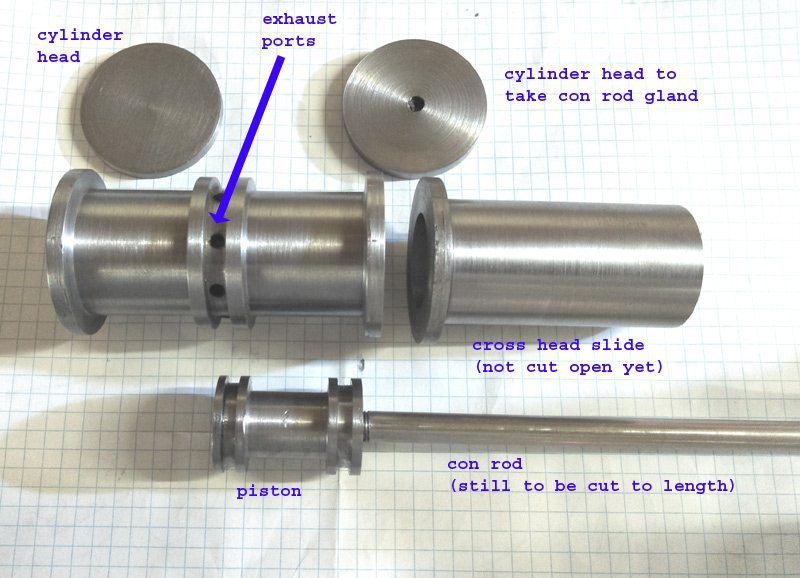 This is all I have so far.
Now I'm agonising over the valve gear, I'm considering piston type slide valves as I only have to control inlet steam, the exhaust exits through the holes in the middle of the cylinder at the bottom of each stroke or so I hope.
Now for the serious questions:-
Can someone point me in the direction of a good explanation with examples of how reversing gear works? Not the huge number of linkages on locomotives but a simpler version.
I've looked at the old PM magazine single cylinder double acting one but dont fully understand it.
Thanks
G

savarin said:
Can someone point me in the direction of a good explanation with examples of how reversing gear works? Not the huge number of linkages on locomotives but a simpler version.
I've looked at the old PM magazine single cylinder double acting one but dont fully understand it.
Thanks
Click to expand...

I would Google Don Ashton who probably knows more about valve gear than most.
He's quite a World authority on tug boats, saxophones and writing saxophone music for amongst other things.
He had a full size locomotive at one time. Last thing I heard he was building another at a scale of 12 inches to the foot

​
each end of the curved bar will give the timing for the eccentric that it is connected to and transfer that movement to the steam chest.

of course there are other ways
S

I think this statement is the light bulb moment.
I didn't realise that only one of the eccentrics was at work at a time.
Am I correct in that the speed can also be controlled via the eccentric?

you can control speed because it will not run efficiently if the timing is out and the timing will only be right at each end of the curved linkage, far better to have the timing right and control speed by controlling the air/steam from its source.
S

thanks, more thinking to do
D

If you have access to old ME magazines, issue 2498 from 1949 has a couple of interesting articles about Uniflow engines.

PM me for more info if you want.

coulsea said:
you can control speed because it will not run efficiently if the timing is out and the timing will only be right at each end of the curved linkage, far better to have the timing right and control speed by controlling the air/steam from its source.
Click to expand...

Marine engines are generally designed to operate with the linkage fully over one way or the other.

Locomotives (and to a lesser degree, road steamers) are quite different. The "full gear" position is only used for starting. In this position steam is admitted to the cylinder until as late as 85% of the piston stroke. As soon as the train is under way the driver will start to 'notch up' the reverser a little, towards the centre position. This has the effect of making the valve events occur earlier.

As the train gathers speed, the driver will continue to bring the link closer to 'mid-gear' until the steam admission 'cut-off' point is as early as 20% or less, of the stroke. The geometry of the valve gear means that the valve travel reduces as a consquence, and fully notched up the valve only opens to steam a short distance and briefly. Working against a gradient, the driver may need to lengthen the cut-off somewhat to increase the torque.

The reason for notching-up is to increase efficiency by using more of the heat energy in the steam. By closing the valve early the steam is allowed to expand as it drives the piston down the closed-off cylinder. The steam cools, and its pressure drops, as it gives up energy.

There is still enough energy left in the exhaust steam to drive it through the blast-pipe to draw the fire. Try to go too quickly in full gear and you start lifting the fire off the grate.