I am building 3 Nanos. I ran into an inconsistency in the dimensions providing
the angular location of the inlet port relative to top dead center (TDC). The
text and drawings ask me to lock the crank at 43 degrees before TDC and drill
the port through the venturi. The drawings say to get the 43 degrees by setting
the crankpin 0.8 mm below its height at TDC. If you work out the trig,
considering the 2.5-mm crank throw, 0.8 mm BTDC puts the port at 47.2 degrees
BTDC, because ArcCos((2.5-0.8)/2.5)=47.2. If the position is really supposed to
be 43 degrees, the distance below TDC should be 0.67 mm.

I built the cranks with the port at 43 degrees. The port begins to open at 112
degrees BTDC and fully closes at 26 degrees ATDC. I sure hope this is correct.

Has anyone else run into this issue?

Hi
I did this engine years ago. in my annotated plan I noted that the correct figure for the angle was 47°, (hence the 0.8mm) it is also visible in the drawing of the crankshaft, figure 4. I dont know how the 43° comes here.
In my hand it was a poor runner, BTW, requiring a new piston for each run, I suggest to harden cylinder if its not too late ! I did not dare continue testing because of the intense & penetrating noise for not having trouble with my neighbors...
you can see it in my picasa album
Cheers
D

Crank induction port timing for a mild engine will not be critical. Anything close will work.

dieselpilot said:
Crank induction port timing for a mild engine will not be critical. Anything close will work.

Thanks for the feedback, guys. Let's hope I prove Greg's theorem.

Here is the graphic from the publication, which you can use to verify the angle, provided you know the crank throw is 2.5 mm.

It runs! -- sort of. I made a starter spring for one engine and tried it out. I find I can consistently get it to run on a prime, but it doesn't seem to draw fuel and keep going. It will readily suck up a prime if I choke the intake with my finger. My current theory is that the Venturi throat is too large, because the jet is not fully screwed in. This is due to the incomplete thread on the jet. I need to relieve the Venturi thread a little, or cut a thread relief groove on the jet so the jet will fully seat.

The other two engines are almost there. They need just a tad more lapping. I am finishing with 3 micron diamond, which gives almost a mirror finish. The fine grit makes it easy to sneak up on the fit. It just takes time.
D

The Nano venturi throat is 3/32, which give over 4x the area of the AE. I think Nano counts on the jet obstructing most of the throat. I won't be able to test the theory for nearly two weeks due to business travel.
D

Yes, venturi area is the actual cross section area. If there is a spray bar, it must be accounted for.

A year and a half later, I finally got one of the engines to run well. I ditched the starter spring and instead stuck a piece of rubber tubing over the prop spinner and flicked it between my fingers. I also had to re-design the needle valve assembly in the "carburetor." The engine starts surprisingly easily now. I have to do the mods to the other two. I think I'll make knurled prop spinners instead of using the rubber tubing as a starter grip. 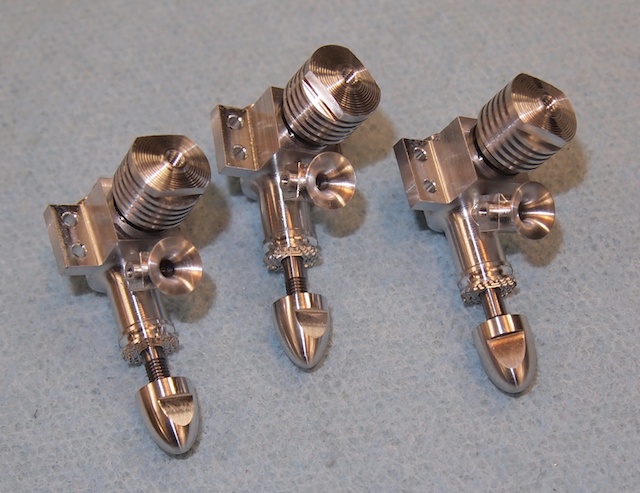 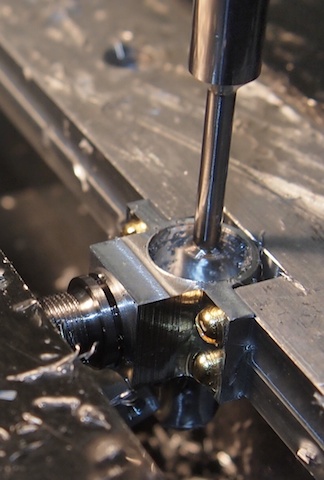 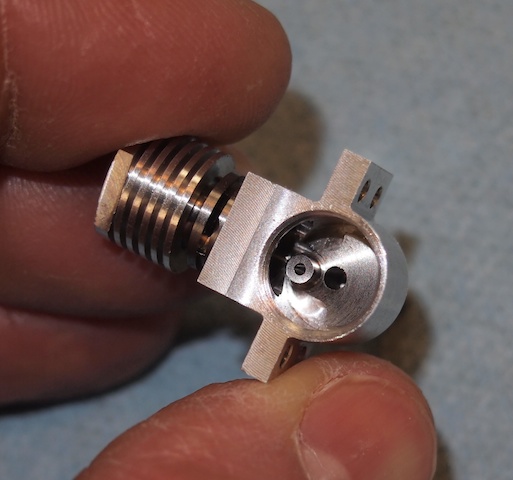 You may have noticed that 90 minus 43 equals 47. They may have dimensioned the angle from the wrong side.

Just a bit of fun with this engine. 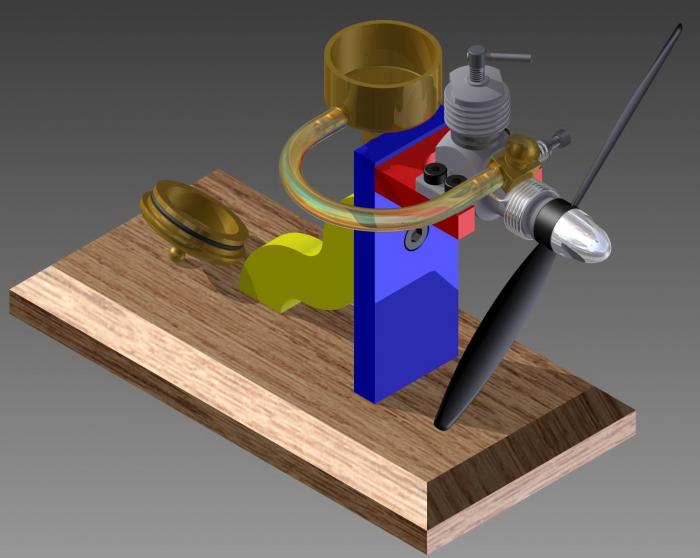 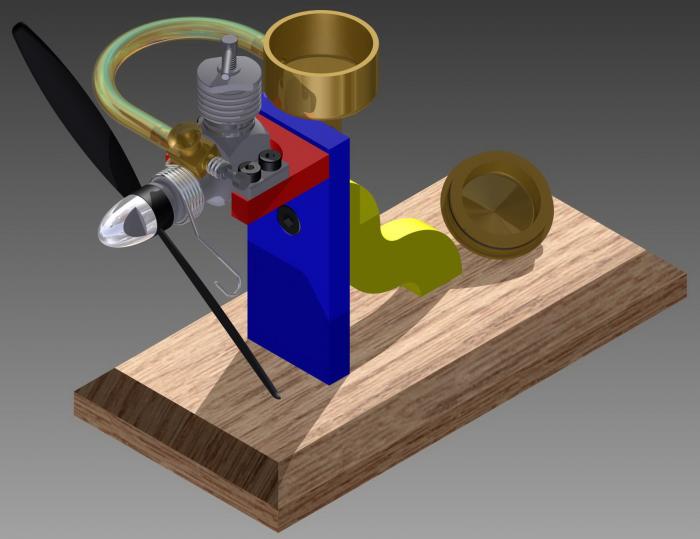 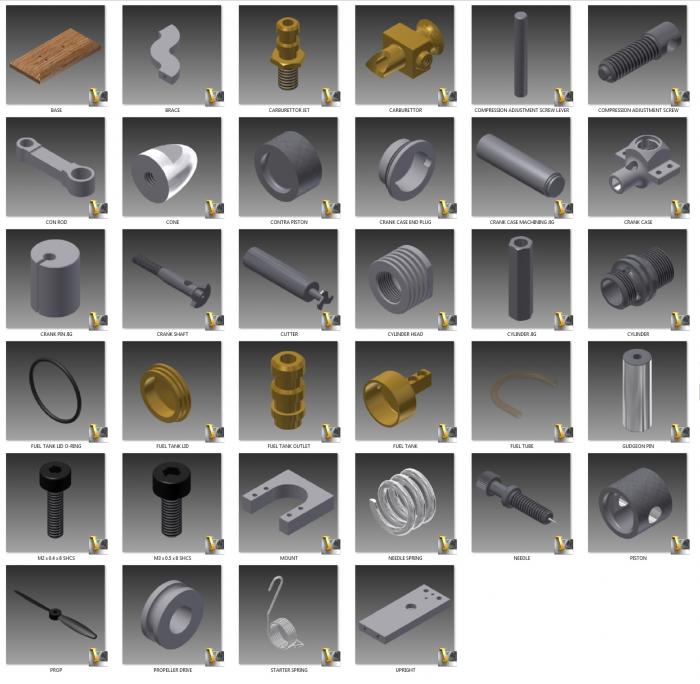 All three run! - Or ran. The first one ran great, as shown in the YouTube videos. Then I took it apart and pinned the venturi to the crankcase and replaced the conrod. Now it won't run for more than a few seconds at a time. I think the contra piston may be leaking, because I see oil bubbles coming out around the adjuster screw.

I really need to pin all three venturis, because they keep coming loose. There simply is not enough bond area in the design for the Loctite to form a strong joint. The starter springs did not help that situation, because they bore on the venturis. However, the engines do run with loose venturis.

The conrod in the first engine was worn out at the little end. It seems to take a lot of punishment at 16,000 RPM+. I suppose the oscillatory motion scrubs out the oil film.

Contrary to all advice, I started the second two Nanos with an electric starter. However, it's a homemade wimpy one that will stall against a flooded engine. I had an ancient Bosch 9.6-V cordless drill with no battery, from which I scavenged the motor and pressed on a hub to grip the Nano's spinners. 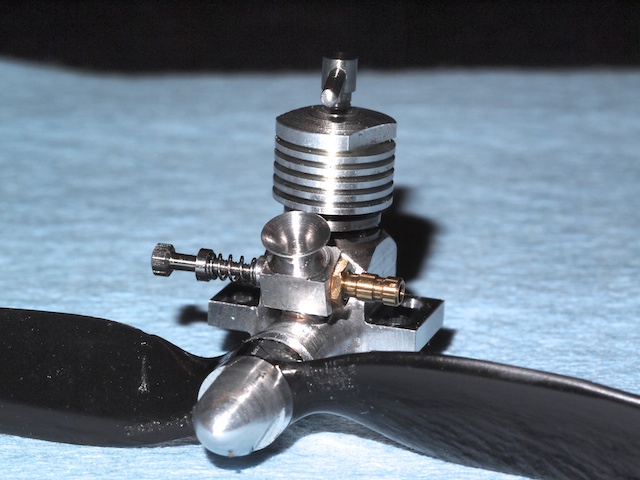 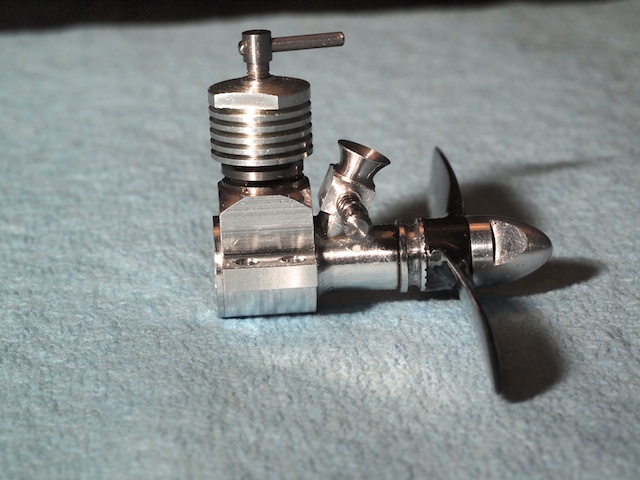 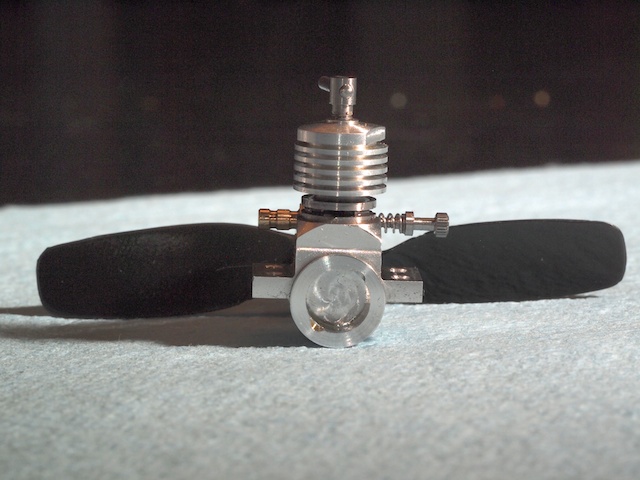 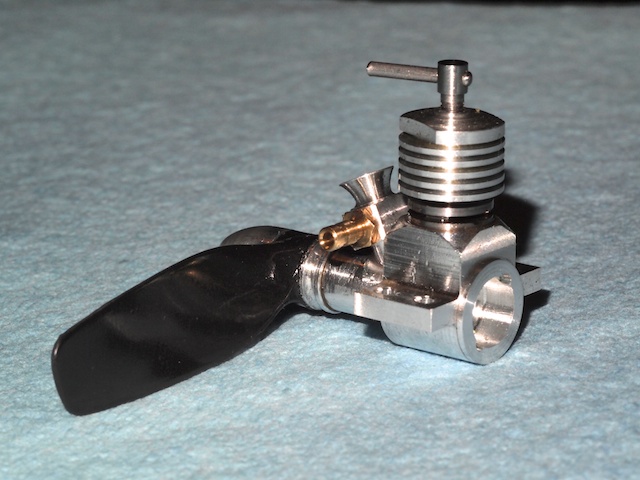 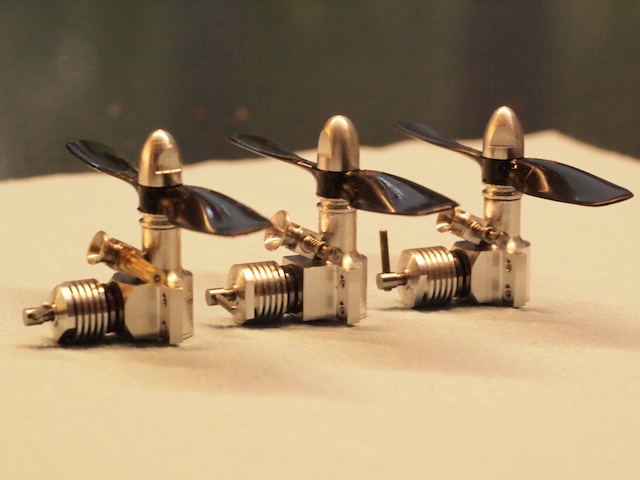 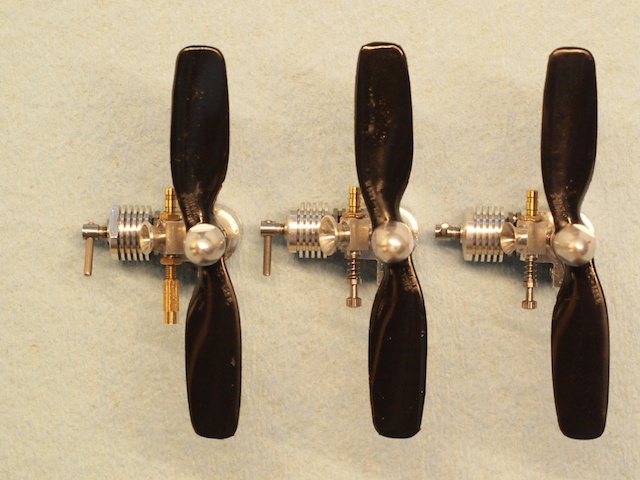 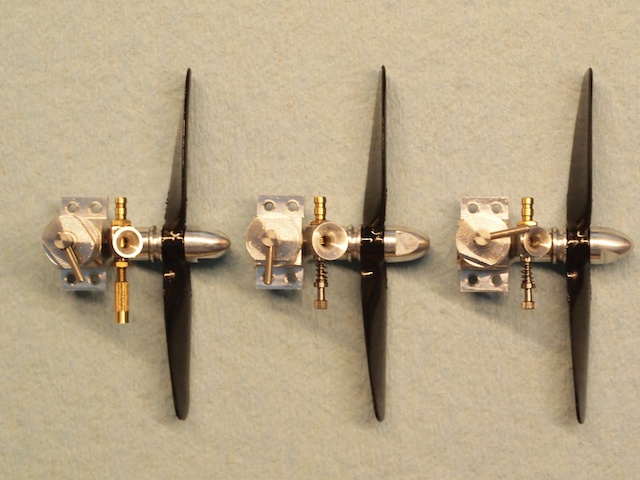 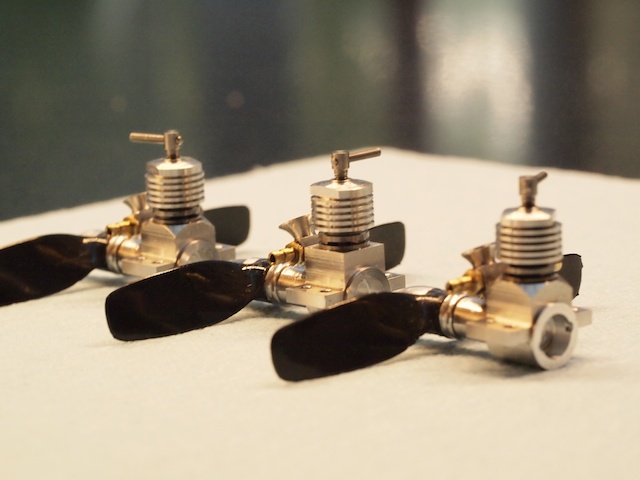