I have just started making a centre flue boiler for an articulated 16 mm scale model locomotive that might have four cylinders. As the person making the locomotive hasn't decided whether to power both bogies or just one the boiler is being designed to accommodate either two or four cylinders. It is quite a large boiler with a 22 mm diameter flue which will have cross tubes. Because I want to vary the length of the poker burner to be used I decided to fit the cross tubes close together in a helix at the end of the boiler. Previously I have done the same and it worked very well using solid rods instead of tubes in a small boiler, this is the first time I have tried it using tubes. So far only the flue has been made to check if the burner would ignite from the end of the flue; it did and the flue has been pressure tested as its soldered joints will not be accessible when the boiler is finished. Attached some photographs.

As I see the guy making the model only once a week for a few hours progress will be slow. 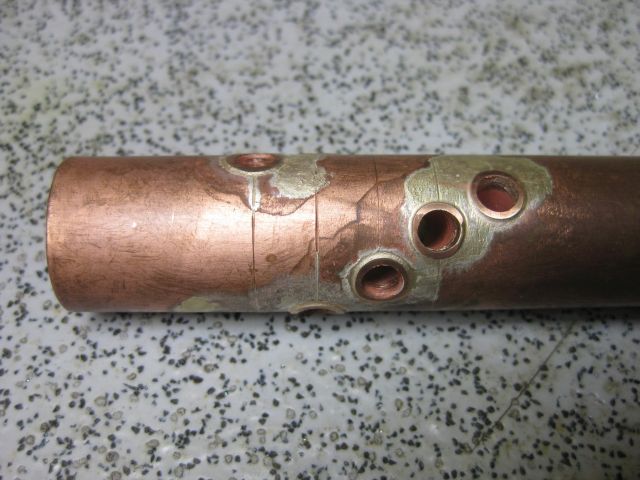 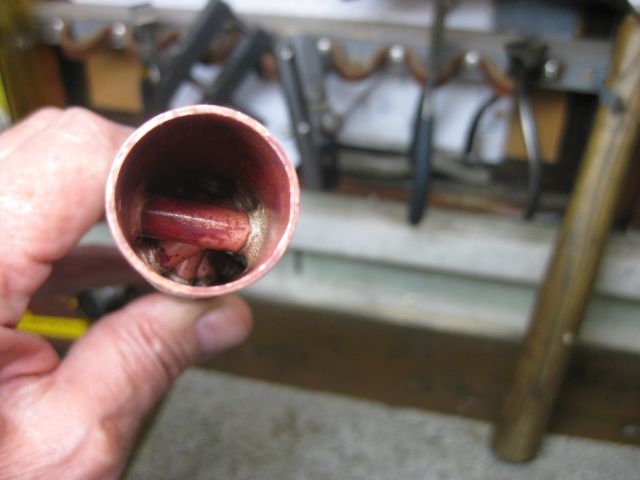 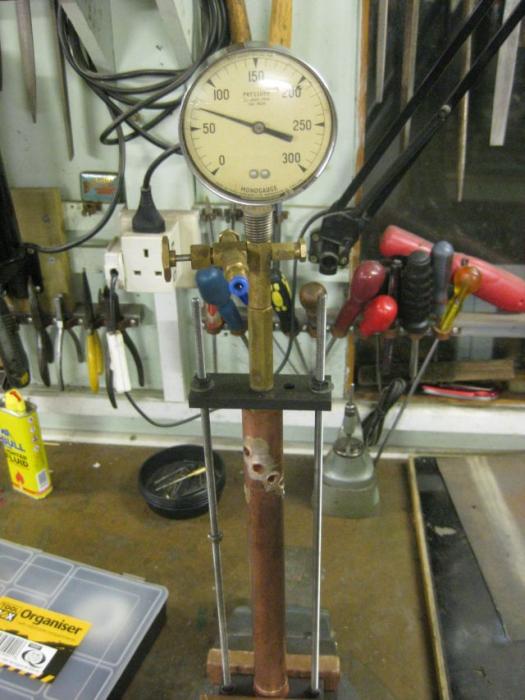