Founded by Eleuthère Irénéé du Pont (1771-1834), the Brandywine River Mills became the largest maker of explosive black powder in the United States. That success resulted directly from the firm's pioneering use of gunpowder processing machinery driven by water wheels and water turbines. Divided into separate buildings to promote safety, its rolling, graining, and glazing mills produced black powder in a range of grades for military, sporting, hunting, construction, mining, and other applications.

From age 16 to 20, Eleuthère Irénéé du Pont had assisted Antoine Lavoisier, chief of the French gunpowder works at Essone (and founder of modern chemistry). After the du Pont family immigrated to the United States from France in 1800. Du Pont immediately put his expertise to work, upon seeing the power quality of American gunpowder used for hunting guns and pistols.

Improvements and expansions were made by successive generations of du Ponts including Alfred Victor (1798-1856) and Henry (1838-1926). Lammot du Pont (1831-1884), however, was trained as an engineer and made several significant developments both to the mechanical process and to the chemistry in mid-19th century. Lammot du Pont improved black powder, which forced other mechanical changes in the process and lead the company into the new field of high explosives. In 1857 Lammot patented "B" blasting powderalso known as soda powderwhich used inexpensive Peruvian and Chilean sodium nitrate and made DuPont a major force in the blasting powder industry. The B blasting powder greatly improved the expansion economics (not appropriate for military or sporting uses). Lammot built new plants for the production of smokeless gunpowder and dynamite.

Started as a large-scale, sophisticated manufactory, Brandywine maintained operations for 119 years. The Brandywine River Powder Mills performed shell loading and some smokeless nitrations during World War I. They were the most sophisticated producers of black power until their close in 1921. This is an obsolete technology today. Aside from one operating powder mill, the Hagley Museum owns the only virtually complete set of process equipment in North America.

The Eleutherian MillsHagley Foundation was formed in the 1950s, with the Hagley Museum and Library formed in 1957.

The hagley has a nice line shaft machine shop that is worth a visit if in the area.
Tin

Thanks for sharing this. I love old factories like that.

It must have been a blast to work there back in the day! :hDe:

I visited Today. Tomorrow would be a good day for anyone in the Wilmington area. The last day of Dollar Sundays.
yes took a few photos. but not enough .
the first photo is an engine in the engine house
a pair of mills graining mill IIRC
the borwn and sharp milling machine
a hand cranked post drill press
and a tool box.
enjoy .
and if anyone lives in the area and decides to go now is a good time to become a member. an adult day pass is $14 an annual membership is $30 so go twice and it is paid for.
Tin 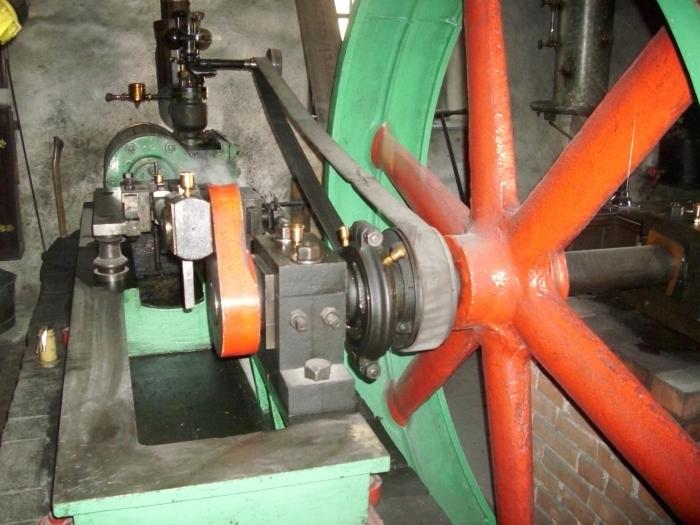 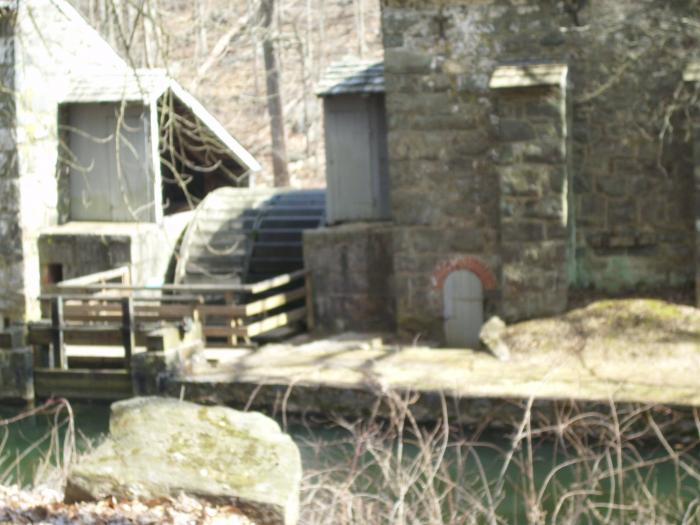 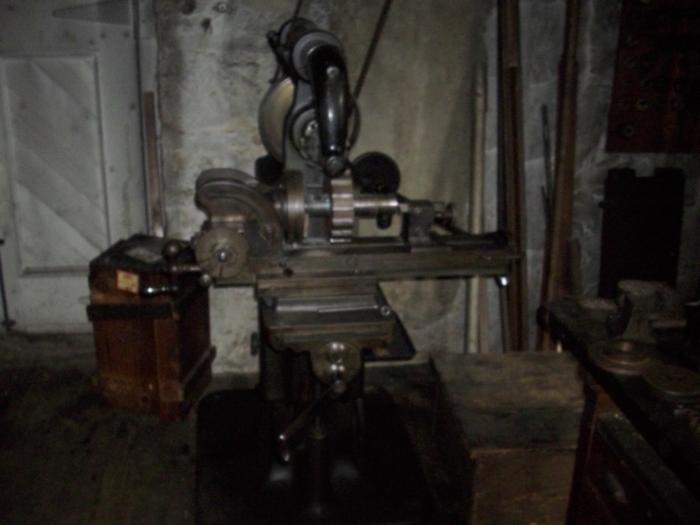 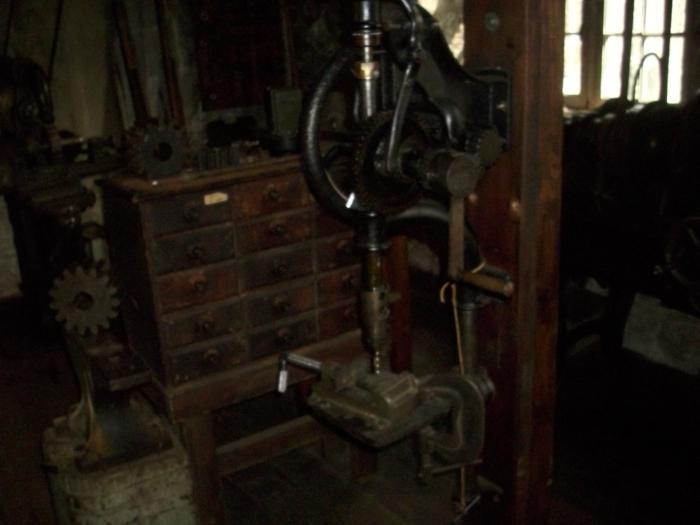 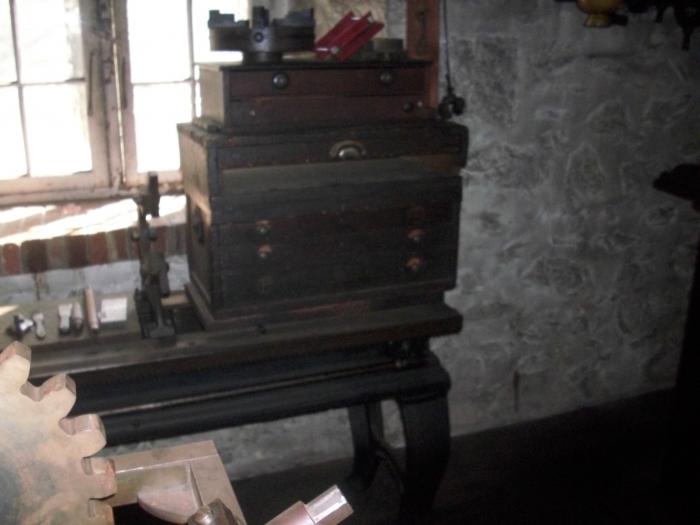 The mills are only 15 minutes from my house and I havent been out there in years....Thanks for the post Tin, guess I need to head back out there sometime.
There is another interesting part of thier history, where a wagon traveling thru the city loaded with powder exploded. Subisequently they were no longer allowed to haul black powder thru the city any more and started taking it to cooper's island on the Christiana river to be loaded onto ships.

and a quick video glimpse
Tin

A very interesting place! They also have an awesome car show in September-last year there were over 600 cars!
The Machine Shop is still my favorite part of the museum.
Check it out if you are in the area.
cheepo45
S

Thanks for posting.
EJ

I purchases the annual membership. so can stop in when I am in the area .
And it is only about an hour drive from home.

That looks like a great place for a day's trip. I want to see the shops.

I live on the Delaware River near the little town of Stockton, which was a large center of stone quarrying in those days, and used much of DuPont's powder. One day a worker walked into the powder magazine with a lighted cigar, and the blast was heard in Newark, NJ, about 75 miles away. It is the town in which the song "there's a small hotel, with a wishing well" was written (the Stockton Inn) during the Lindbergh trial, taking place just up the road.
Mosey
You must log in or register to reply here.