Very nice, Doug. I especially like the throttle ratchet plate.

Thanks Chuck.
It seemed that a constant speed engine would need to have something like that, and it was a kind of fun challenge.
Doug

Well, since I wasn't using the carburetor that was used originally, I couldn't really use the manifold either, so I made one from miniature pipe fittings and brass. 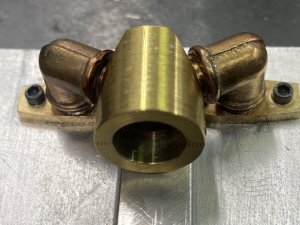 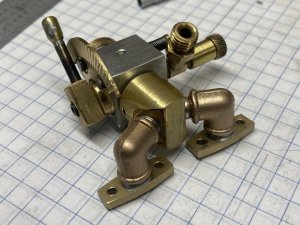 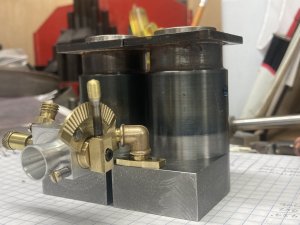 Next was valves and valve cages which are pretty straightforward, but took a lot of time and fussing. The valves are two pieces, threaded 5-40
on one end and a stainless head silver brazed to the other end. I made a little fixture to hold the head about the right distance from the end for brazing 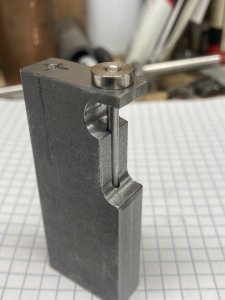 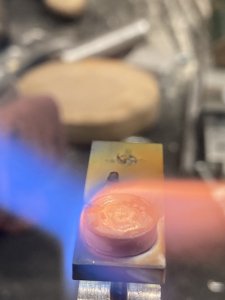 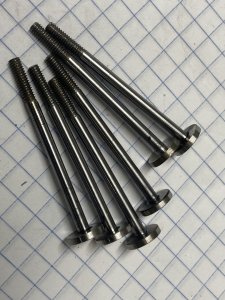 I made the valve cages outsides, then set up to do the insides, valve seats and valve tapers in the same setup. (I had made a couple of extra valves to practice on). 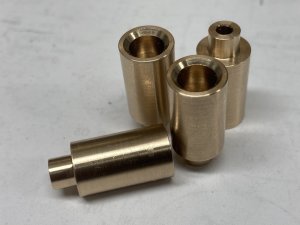 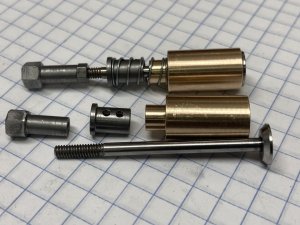 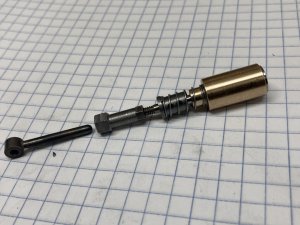 The last picture is the whole valve train, the lifter that attaches to the rocker arm, the valve adjuster, spring keeper, cage and valve.
The valve blocks need to be silver brazed to the water jackets before the cages are pressed in. I was going to try to use 1/16" silver braze wire on that joint, but the plans suggest .005" ribbon braze, which I found at Brownell's. It's an area 3/4" wide and more than 2" long, so I'm sure the ribbon braze will make it easier. I think that will be the next step, and also the last large braze.
Thanks for looking
Doug

Back to brazing. I had some parts ready, and decided it was time. Brazing the valve blocks to the water jackets had concerned me some.
Its a big area to heat under a fairly large chunk of steel. Took a lot of heat, but wasn't as bad as I thought it would be. The .005"x.5" ribbon braze worked great. If you have need of a large area braze, I'd definitely recommend it.
I had made a fixture to hold theses parts together, and another to locate the connecting rod parts. 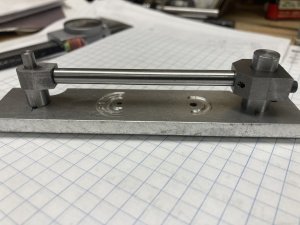 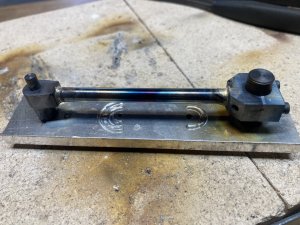 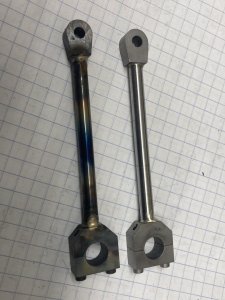 The water jacket/valve block fixture holds the square base plate, and a clamp on top of the valve block. I squared the valve block to the base with flux and ribbon braze in between and heated . 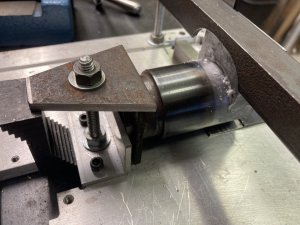 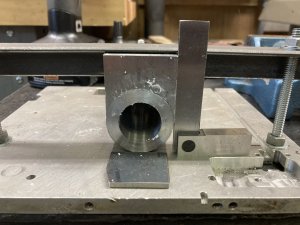 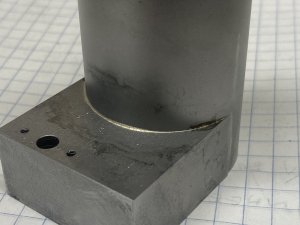 The joint filled just about right. The next step was to finish the top surface on an expanding mandrel in the lathe. 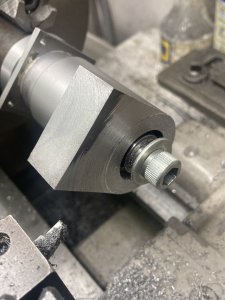 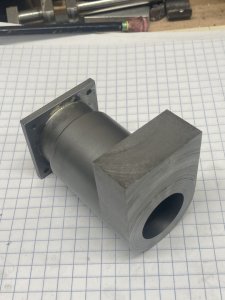 Now they are ready to drill head mounting holes and valve cage holes.
Time for lunch!
Thanks for looking
Doug

The cylinder with the valve block attached is an awkward piece to hold. There are 14 head mount holes, one coolant passage and two valve cage holes to drill in each, and I didn't want it moving. The base piece was clamped in the mill vise, then the valve block placed against an angle plate and clamped that way. May have been overkill, but nothing moved. 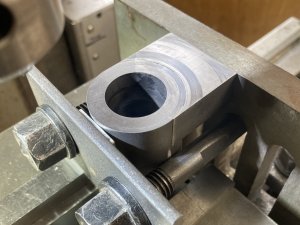 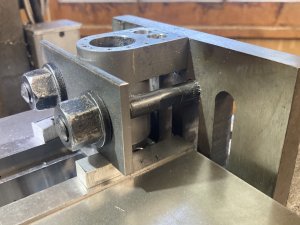 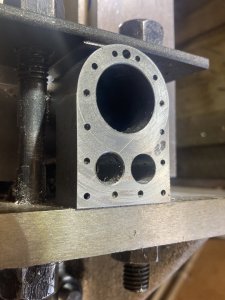 I drilled and reamed the heads for the spark plug bushings, then pressed the bushings in. You can see the coolant space in the head if you look in the bushing hole. 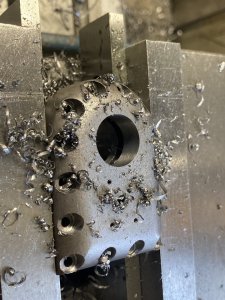 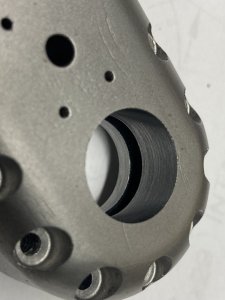 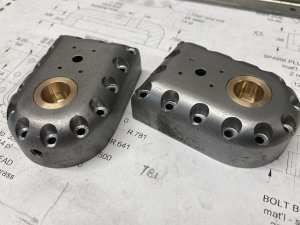 I found that a piece of solder draped around the bosses was just about the right amount to fill the space. I had used less on the first head I did, then had to add, and that was hard to control. 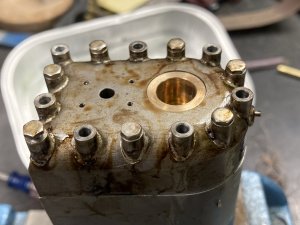 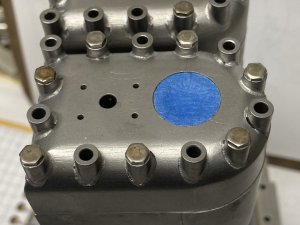 A little more sanding, and the heads will be done. When I blow air into the water jacket it comes out the head, which is as it's supposed to be. I need to press the valve cages into the valve blocks and the cylinder parts will be done. I lapped and honed the cylinder liners, so I think the next step will be pistons and rings.
Thanks for looking!
Doug
You must log in or register to reply here.
Share:
Facebook Twitter Reddit Pinterest Tumblr WhatsApp Email Link